MILWAUKEE - Gov. Tony Evers on Thursday, Nov. 12 spoke to Wisconsin residents for the first time since his statewide address on Tuesday about the COVID-19 pandemic.

The governor emphasized that if things continue without some kind of intervention, thousands of more lives will be lost.

The Wisconsin Department of Health Services (DHS) on Thursday reported a record rise in COVID-19 cases and more than four dozen virus-related deaths. The state's ICU beds are 92% full and nearly 2,100 people are currently hospitalized.

Doctors warn that hospitals will have to start turning patients away if something doesn't change.

"There may be instances where people who have needs for emergency medical care that won't have a place to go in time," said Dr. Ryan Westergaard, chief medical officer with the DHS Bureau of Communicable Diseases. 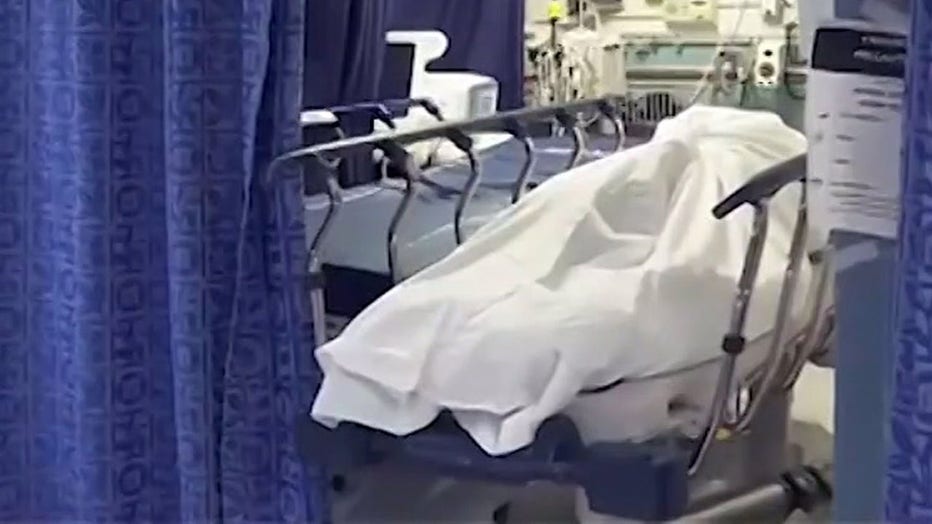 This week's White House COVID-19 task force report described Wisconsin's increase in COVID-19 cases as "unrelenting." It also said that "the governor's continued personal guidance on these measures is critical and commended.

DHS officials said that cases are so high, they've needed to create a new category of activity level after 65 of the state's 72 counties surpassed the highest threshold. Some counties, like Milwaukee County, are seeing new cases at a rate so high they are three-times what the state had considered the most extreme. 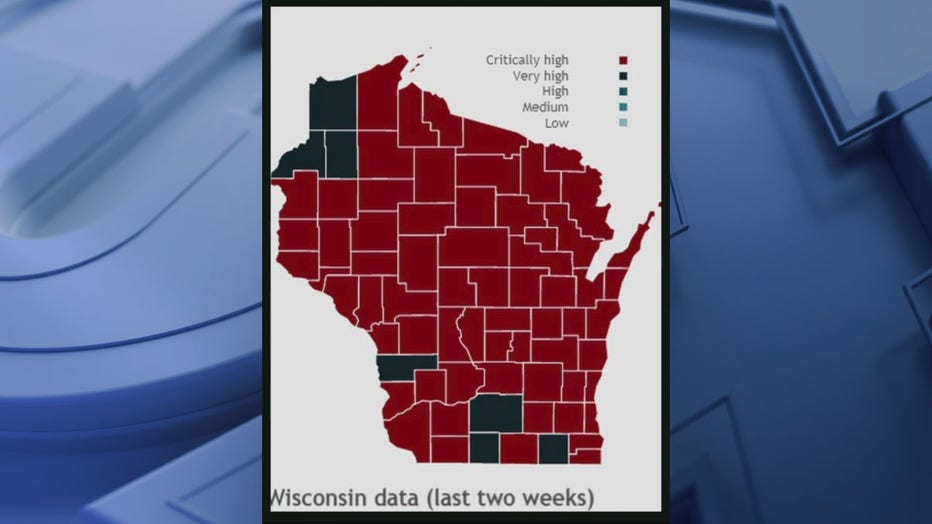 "Back in April, when the virus was at its worst in New York City, their highest seven-day average of cases was 5,292. We are 1,000 cases more a day," said Julie Willems Van Dijk, DHS deputy secretary.

With two weeks to go before the Thanksgiving holiday, Gov. Evers and state health officials on Thursday also reminded Wisconsinites that no gathering -- large or small -- is free from COVID-19 risk.

Following Gov. Evers' address, state GOP leaders said they are open to working with him on new legislation to stop the spread of the virus. Wisconsin Assembly Speaker Robin Vos, a Republican, said he has reached out to the governor's office to sit down with him before then.

"I think the people of Wisconsin want us to stop arguing about COVID and start working together," Vos said.

During his Tuesday address, the governor said he will be announcing a package of bills aimed at stopping the spread. Gov. Evers would not comment on Thursday about what that legislation may be but said he will share more details next week

The Milwaukee VA Medical Center announced it has hired 757 employees to care for veterans and non-veterans during the COVID-19 pandemic.