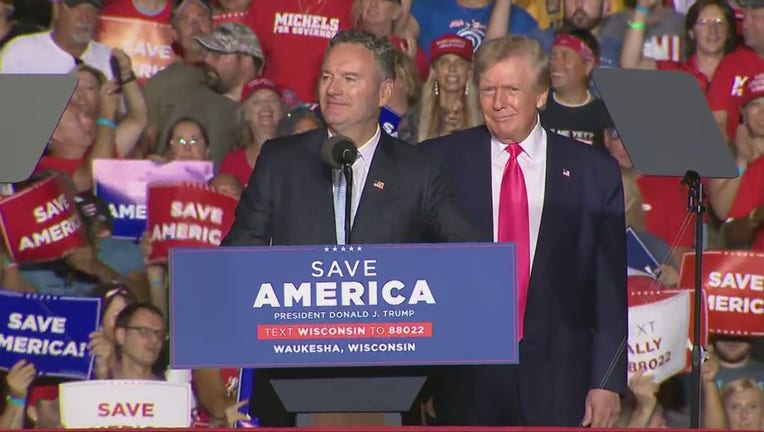 Meanwhile, voters in Vermont are choosing a replacement for U.S. Sen. Patrick Leahy as the chamber's longest-serving member retires. In Minnesota, U.S. Rep. Ilhan Omar faces a Democratic primary challenger who helped defeat a voter referendum to replace the Minneapolis Police Department with a new Department of Public Safety.

What to watch in Tuesday's primary elections in Wisconsin, Minnesota, Vermont and Connecticut:

Construction company co-owner Tim Michels has Trump’s endorsement in the governor's race and has been spending millions of his own money, touting both the former president's backing and his years working to build his family’s business into Wisconsin’s largest construction company. Michels casts himself as an outsider, although he previously lost a campaign to oust then-U.S. Sen. Russ Feingold in 2004 and has long been a prominent GOP donor.

Establishment Republicans including Pence and former Gov. Scott Walker have endorsed former Lt. Gov. Rebecca Kleefisch, who along with Walker, survived a 2012 recall effort. She argues she has the experience and knowledge to pursue conservative priorities, including dismantling the bipartisan commission that runs elections. 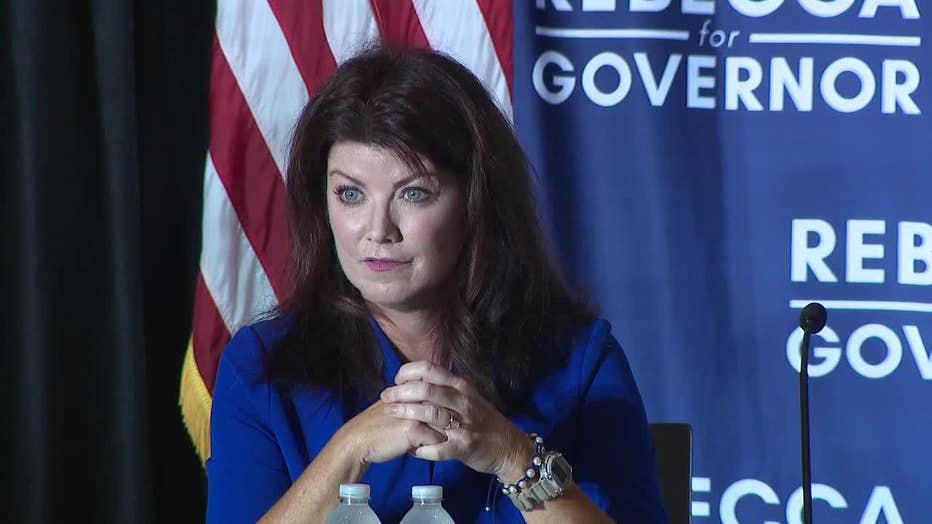 With Senate control at stake, Democrats will also make their pick to take on Johnson. Democratic support coalesced around Lt. Gov. Mandela Barnes late in the race, when his three top rivals dropped out and threw their support to him. He would become the state’s first Black senator if elected.

Several lesser-known candidates remain in the primary, but Johnson and Republicans have treated Barnes as the nominee, casting him as too liberal for Wisconsin, a state Trump won in 2016 but lost in 2020.

Four Democrats are also running in Wisconsin’s 3rd Congressional District, a seat that opened up with the retirement of veteran Democratic U.S. Rep. Ron Kind. The district has been trending Republican, and Derrick Van Orden — who narrowly lost to Kind in 2020 and has Trump’s endorsement — is running unopposed.

Democratic Gov. Tim Walz faces a little-known opponent as he seeks a second term. His likely challenger is Republican Scott Jensen, a physician and former state lawmaker who has made vaccine skepticism a centerpiece of his campaign and faces token opposition.

Both men have been waging a virtual campaign for months, with Jensen attacking Walz for his management of the pandemic and hammering the governor for rising crime around Minneapolis. Walz has highlighted his own support of abortion rights and suggested that Jensen would be a threat to chip away at the procedure’s legality in Minnesota.

Crime has emerged as the biggest issue in Rep. Omar's Democratic primary. She faces a challenge from former Minneapolis City Council member Don Samuels, who opposes the movement to defund the police and last year helped defeat efforts to replace the city's police department. Omar, who supported the referendum, has a substantial money advantage and is expected to benefit from a strong grassroots operation.

The most confusing part of Tuesday’s ballot was for the 1st Congressional District seat that was held by U.S. Rep. Jim Hagedorn, who died earlier this year from cancer. Republican former state Rep. Brad Finstad and Democrat Jeff Ettinger, a former Hormel CEO, are simultaneously competing in primaries to determine the November matchup for the next two-year term representing the southern Minnesota district, as well as a special election to finish the last few months of Hagedorn’s term.

It’s been roughly three decades since Connecticut had a Republican in the U.S. Senate, but the party isn't giving up.

In the GOP primary to take on Democratic Sen. Richard Blumenthal, the party has endorsed former state House Minority Leader Themis Klarides. She's a social moderate who supports abortion rights and certain gun control measures and says she did not vote for Trump in 2020. Klarides contends her experience and positions can persuade voters to oppose Blumenthal, a two-term senator who in May registered a 45% job approval rating, his lowest in a Quinnipiac poll since taking office.

Leahy's upcoming retirement has opened up two seats in Vermont's tiny three-person congressional delegation — and the opportunity for the state to send a woman to represent it in Washington for the first time.

Democratic U.S. Rep. Peter Welch, the state's at-large congressman, quickly launched his Senate bid after Leahy revealed he was stepping down. Leahy, who is president pro tempore of the Senate, has been hospitalized a couple of times over the last two years, including after breaking his hip this summer.

Welch has been endorsed by Sanders and is the odds-on favorite to win the seat in November. He faces two other Democrats in the primary: Isaac Evans-Frantz, an activist, and Dr. Niki Thran, an emergency physician.

Two women, including Lt. Gov. Molly Gray and state Senate President Pro Tempore Becca Balint, are the top Democratic candidates in the race. Gray, elected in 2020 in her first political bid, is a lawyer and a former assistant state attorney general.

The winner of the Democratic primary will be the heavy favorite to win the general election in the liberal state. In 2018, Vermont became the last state without female representation in Congress when Mississippi Republican Cindy Hyde-Smith was appointed to the Senate.