Michael Miecielica, 38, of West Bend, faces two felonies and 10 misdemeanors, accused of showing up at the library during the midterm elections and demanding that poll workers "stop the voting."

WEST BEND, Wis. - Michael Miecielica, 38, of West Bend, faces two felonies and 10 misdemeanors, accused of showing up at the library during the midterm elections and demanding that poll workers "stop the voting."

Prosecutors say Miecielica was out on bail at the time, accused of placing threatening flyers around West Bend. The criminal complaint in that case was amended the day before the Nov. 8 election to include the fact that the flyers threatened Mandela Barnes and Ron Johnson.

The new charges include election threats, terror threats, endangering safety by use of a dangerous weapon, criminal damage to property, disorderly conduct and bail jumping. Miecielica made his initial appearance in court Thursday, Nov. 10. Cash bond was set at $50,000. During the hearing, the prosecution and defense noted mental health concerns. Miecielica's attorney said his client would be getting treatment.

Police responded to the West Bend Community Library on Poplar Street on Tuesday afternoon during the election for reports a man with a knife had demanded voting be stopped. 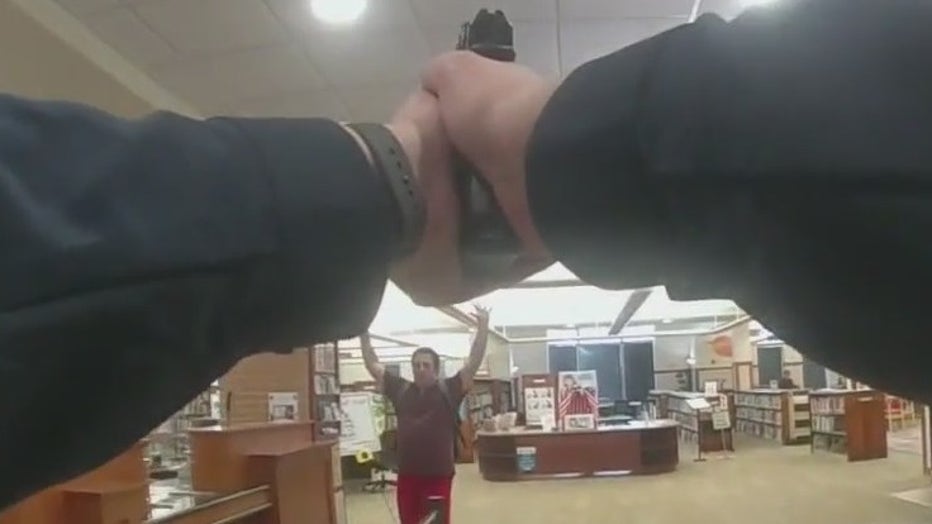 Miecielica was found standing at a counter in the library, "grasping the hilt of a hunting knife which had been stabbed into the countertop," the complaint says.

West Bend police released body camera video showing Miecielica's arrest. The complaint notes that there were children present during the ordeal. The library was locked down for 30 minutes so police could investigate. Eighteen library employees or volunteers went to a back room to shelter in place.

A library employee said she heard Miecielica say he wanted the election to stop and that he was a bad man who needed to go to jail, mentioning he hung some posters downtown.

When police spoke with Miecielica, prosecutors say he told investigators, "I did it here because I didn't want to disturb the children. I did it so she would call the cops because I am a bad person and should go to jail." He added that he stabbed the counter "to prove he is a bad person."

Box cutters were found in his backpack, the complaint says. In the body camera video, you hear Miecielica telling police he had four in his bag.

When speaking with detectives, Miecielica said he wanted to stress "that he saw children present in the library and tried to usher them away as he did not want the children to get hurt." He said he "snapped" and "was a bad person." He said he "did not mean for things to go this far." He added that he had been "scared and afraid for the past 10 years because of all the political things going on." 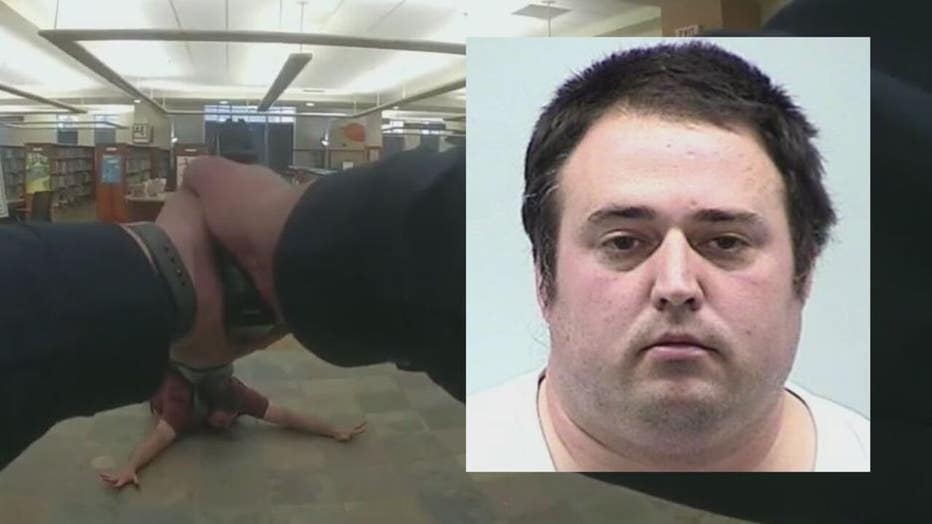 The complaint says that morning, he met with an attorney in downtown West Bend and then walked by the library when he had to use the restroom. He said he saw the library was being used as a polling place and thought, "Well, I can't really be trusted to live my own life." He said he planned to use a baseball bat "because it was less dangerous than a knife." He said his intention was to "disrupt the voting process and get re-arrested." 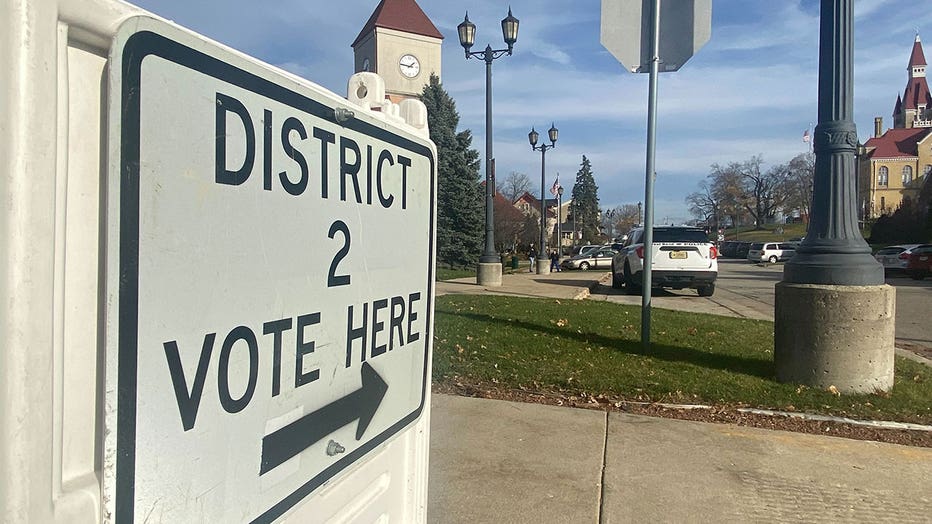 He said after that, he went home and wrote notes to his family, deleting a "manifesto" that he wrote in 2019 from his computer that he said "detailed a plan to detonate a bomb at the border, as he was upset with the border and immigration policies." According to prosecutors, he said he then went to the store and bought two beers to "take the edge off." He then went to the restroom in the library and "looked into the mirror for two to three minutes to make sure he really wanted to go through with what he was about to do." He said he then went to the front desk and asked an employee to call the police, stabbing the counter when her answer was not "affirmative." He confirmed he wanted voting to stop "in order to provoke a police response," adding that he "wanted to think of a target that was political, that would provoke a response but would not endanger anyone" other than himself. He said his plan was to wave the knife and say, "I want the voting to stop. I'm sick of fascism. Blah, blah, blah."

Police later released surveillance photos of the man wanted for placing them. 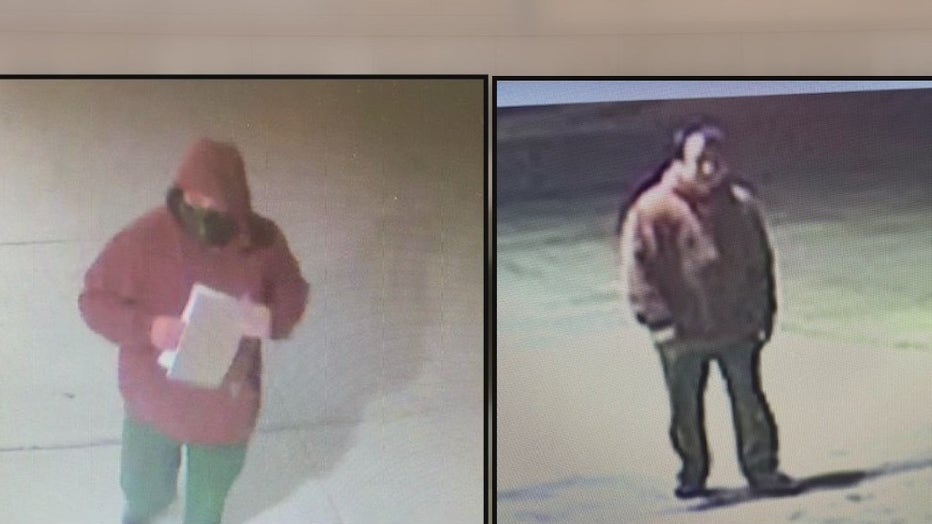 West Bend police were contacted by the State Patrol, who informed them that two emails were sent to Ron Johnson and Mandela Barnes with pictures of these notes. One "referenced Barnes hanging from a tree," the complaint says. One email read: "Hi. Love how you guys have been running this campaign. It inspired me to post all of these flyers and more all around West Bend. (Expletive) Barnes, Evers and Biden." The second read: "Posted these everywhere downtown. Love working on your campaign. Let's go A Brandon. (Expletive)."

The complaint references a total of 19 notes or emails with threatening, racist and vulgar language.

Investigators traced the IP address and after posting the surveillance photos, got a tip that the man in them was Miecielica.

When speaking with police, prosecutors say Miecielica admitted to putting up the various notes around downtown West Bend. He said he was "exercising his First Amendment right" and said the messages were not what he personally believed in, telling detectives he's a "flaming liberal" who identifies as LGBT. He said his intention was to cause a "dust up" to hurt Republicans. He said he knew some of the messages he wrote were "close to the line" but said with a master's degree in philosophy, he knew he did not cross the line with his messages. He said he believed the messages were "clearly" protected speech.

Miecielica made his initial appearance in court in this case five days before the election, on Nov. 3, and he received a $1,000 signature bond.