A man from a Milwaukee suburb appeared in federal court on charges relating to the insurrection at the U.S. Capitol last week.

WEST ALLIS, Wis. - A man from a Milwaukee suburb appeared in federal court Friday, Jan. 15 on charges relating to the insurrection at the U.S. Capitol last week that left five people dead, including a Capitol Police officer. 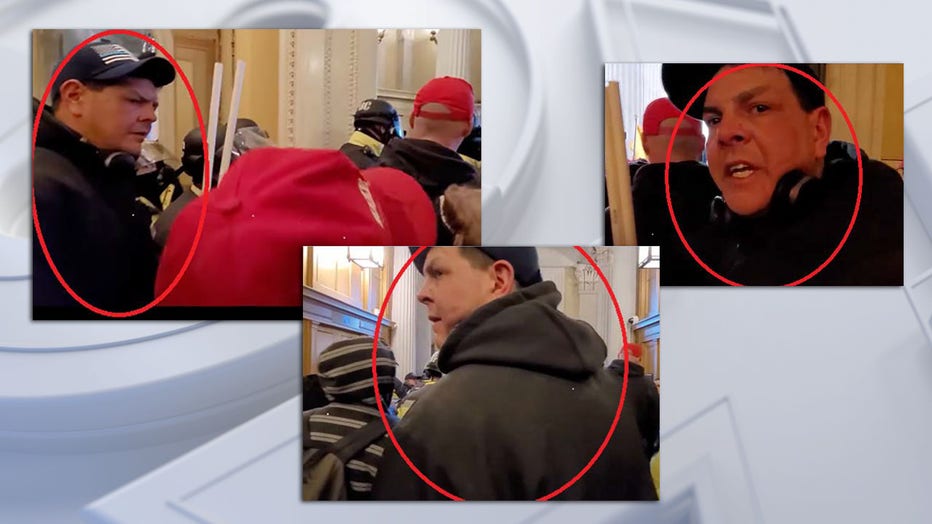 David Charles Mish, Jr., 42, of West Allis is charged with unlawful entry, and violent entry and disorderly conduct out of the District of Columbia.

Mish made an initial appearance by video before a federal judge in Milwaukee Friday afternoon. He was released on a recognizance bond. Mish is ordered to stay away from Washington and to not take part in any in-person political demonstrations.

Mish is set to appear before a District of Columbia federal judge on the charges next week. Messages left for his federal public defender were not immediately returned. The DOJ declined to comment.

According to a criminal complaint, Mish contacted the DC Metropolitan Police Department on January 7, saying he had information he wished to provide regarding the shooting death of Ashli Babbitt inside the US Capitol on January 6. Babbit, an Air Force veteran from San Diego, was shot and killed by a Capitol Police officer as she tried to leap through a barricade at the door of the House Speaker’s Lobby.

In a phone interview, Mish told the MPD Detective as he and group of guys walked up the stairs and approached the door of the Speaker’s Lobby, everyone was yelling "Breach the building!"

When a person in Mish’s group broke a mirror in a bathroom near the Speaker’s Lobby, Mish objected, telling the person "we’re trying to get to the politicians because we wanna’ voice our…we wanna’ voice to ‘em (sic)."

Court documents say Mish told the detective that Babbitt, while standing before the barricaded door, was saying something to the effect of "Just open the door. They’re not gonna stop."

Mish told police he shot video while inside the Capitol and would provide it to police. However, neither DC Metro Police nor the FBI have been able to access the Google Drive link.

Mish is seen in a video of the shooting taken by a Utah man who was also arrested this week after he shared video of himself in the Capitol.  In the video, reviewed by FOX6, Mish can be seen carrying a Trump flag as police desperately try to clear scores of people from the area where Babbit was shot and provide first aid, all as a number of the President’s supporters argue with police and refuse to clear the area.

"Yeah, I can’t believe I seen (sic) it," Mish said, turning towards the camera.

As people eventually turn around to leave the building, Mish is seen walking out wearing a black hoodie and blue-colored "Blue Lives Matter" baseball cap with an American flag on the front – clothing Mish described to the detective. Screen captures included in the complaint match the video reviewed by FOX6.

"I’m speechless, I don’t even know," said Mish's sister Tracy Hall of Williamsburg, Virginia, when reached by phone late Friday night. Hall said she hasn’t spoken to her brother in a few years. "I looked at the pictures and that’s my brother."

During the riot, a number of police officers were injured, mocked, and threatened. Capitol Police Officer Brian Sicknick died last week after injuries suffered during the melee, instigated by supporters of President Donald Trump.

Officials say three other people died after "medical emergencies" related to the breach. Additionally, a Capitol Police officer died by suicide in the days that followed.

"We can’t get out," said Mish as dozens of people are pushed towards an exit while others continue to scuffle with police.

When Mish called police to tell them he had information about the shooting he asked, "Because I entered the Capitol Building are you guys gonna’ take me to jail? I didn’t break anything…I went in, yes."

Police urge lawmakers to avoid WI Capitol ahead of inauguration

Wisconsin capitol police urge lawmakers to stay away from the Capitol this weekend and to keep their home doors locked ahead of next week's presidential inauguration.

Wisconsin congressman not sure Trump to blame for Capitol riot

Rep. Scott Fitzgerald was in the Capitol when it was breached by rioters and says "it needs to be investigated" to determine who's to blame.

An initiative written by a group of retired FBI agents and law enforcement officials proposes polygraph tests to identify racial bias and prejudice.