MPS students say their principal has been absent since Oct. 17

MPS students say their principal has been absent since Oct. 17

MILWAUKEE -- Student protests erupted outside Carmen High School of Science and Technology: Southeast Campus, a Milwaukee Public Schools charter school near 25th Street and Oklahoma Avenue on Wednesday, Oct. 30 in the wake of the principal's mysterious absence. Students said their principal had been gone since Oct. 17, and they had not received any information as to why.

Carmen Southeast students braved the cold and risked detention Wednesday as they demanded answers as to why their principal, Shenora Jordan, had not been seen or heard from in nearly two weeks. Not only did they want to know what happened, but they also wanted administrators to know she was missed.

Parents who joined in on the demonstration said they were never notified of the principal's absence. Instead, they learned about it from their chidren.

"They started asking questions to the teachers and the explanations just didn't add up, so the students came up with this idea to get her attention, to get somebody's attention," said Ana Staten, Carmen parent. 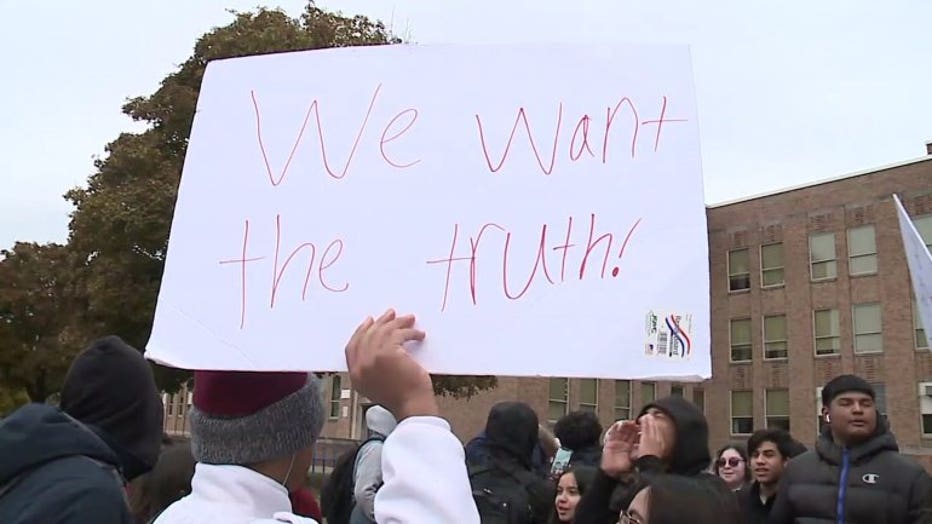 In response to the protest, administrators released this statement:

"We value our students' right to have their voices heard and appreciate their concerns. The matter of discussion is a confidential personnel issue that is not relative to student safety."

Morales, who organized the protest, said the issue was affecting students' well-being.

"She's like, a second mother," said Morales. "She relates to us on a whole different level."

Ms. Jordan serves as the first principal who is black for most of the students -- the majority of them minorities themselves.

"I couldn't really refer to my backstory, my story growing up, my childhood from any racial stuff with a white principal," said Morales.

The students said not only do they see themselves in Ms. Jordan, they see what they could one day become. 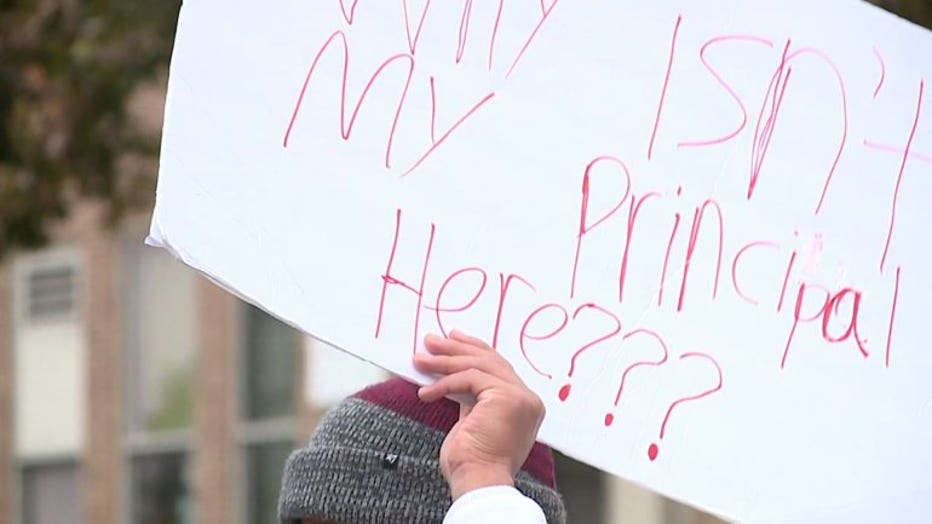 "Her being a black woman that is in the hierarchy of the educational system, that's something that we need at this school," said Jalen Williams, Carmen sophomore.

A Carmen representative would not elaborate on the personnel issue, nor would they confirm Ms. Jordan was on leave.

Students said they would continue to protest until more answers were revealed -- or until Ms. Jordan returned to school.