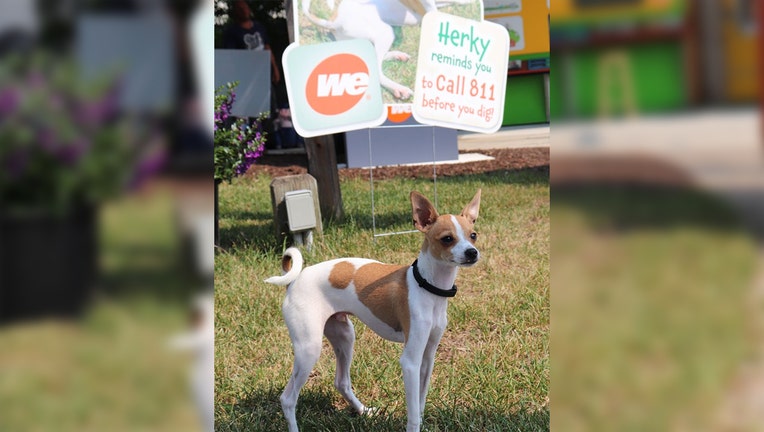 WHITEFISH BAY, Wis. - A 5-month-old Whitefish Bay dog has been bestowed with a high honor in his young life – named the We Energies safe digging "ambassadog" after a contest.

"Herky," a rat terrier that weighs 5 pounds, is said to be "small but mighty." He will be featured in a safe digging billboard blitz on Wednesday, Aug. 11 – 811 day.

Herky's picture will also be on display at the Wisconsin State Fair and used year-round to remind customers to call 811 before they dig.

Whether planting a garden or installing a fence, We Energies reminds customers that they could be putting themselves in danger if they strike an underground natural gas line or electrical cable.

Contact 811 at least three days before digging to have the location of buried utility lines marked and to stay safe.

The Wisconsin Humane Society 104 cats from a single home – more than 50 of the animals had been surrendered in early July.