A Wauwatosa restaurant is using a robot server system to help the human wait staff. FOX6 got an up-close look inside Golden Nest Pancake and Café.

WAUWATOSA, Wis. - To help with staffing shortages, a Wauwatosa restaurant is turning to a robot.

FOX6 News got an up-close look at how the system works. As customers enjoyed brunch Tuesday, the robot server caught a few eyes.

"I think it was very different. That was the first time seeing something like that in person," said Mareona Hightower.

Wayne Doney, general manager at Golden Nest Pancake and Café, said the robot has been on staff for a week. 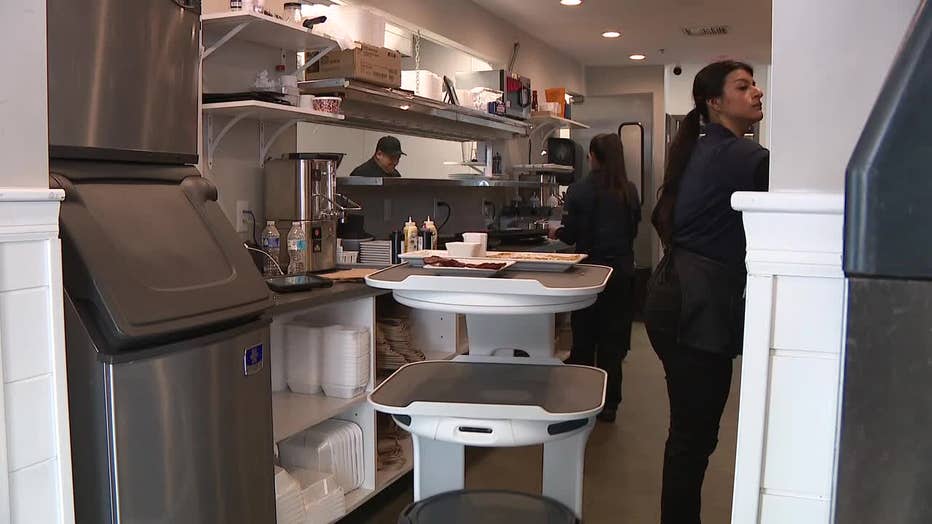 "This just keeps the servers where they belong – with our customers. And it gets the food out to customers quicker," he said.

Doney said hiring has been a challenge since Golden Nest opened in 2020. He said the robot is designed to help his staff – not replace them.

"We’re short-staffed in all areas, and we’re hiring in all areas," said Doney. "It allows the servers to spend more time with their customers which is what our goal is, it’s been our customer service. Servers can’t do that if they’re constantly running to the kitchen to get food."

A service technician programmed the robot to know the restaurant's layout. Once a server places plates on the robot's trays, it heads to a table. 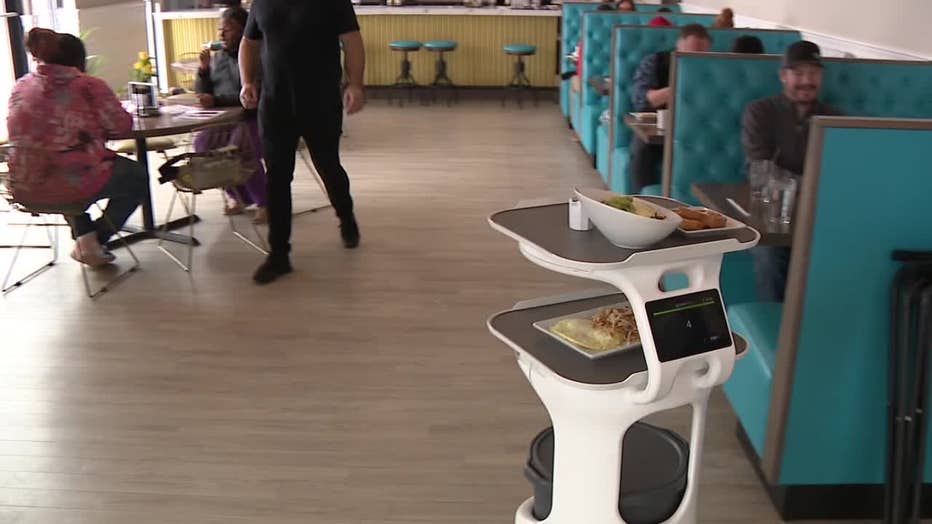 "Everybody’s trained to pay attention to where it rolls out. So it may not be your section, but you’ll take care unloading it at the table it goes to, and then it goes back to the kitchen again," Doney said.

The robot can rup for up to 18 hours before needing to charge. It helps keep down the cost of running a restaurant; Doney said it costs $30 per day. He said human staff is what really keeps the restaurant afloat. 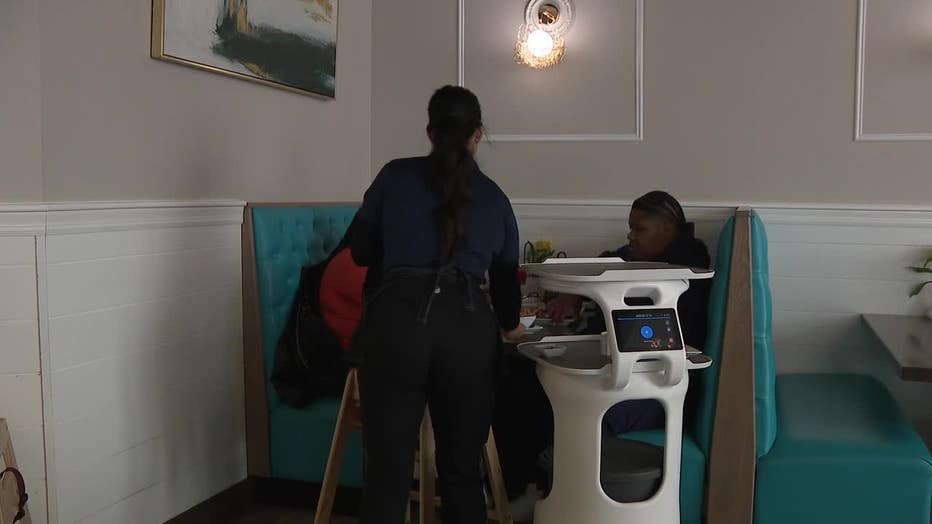 "If I didn’t have the core staff that we started with originally, we probably wouldn't be open right now," Doney said.

Doney said plans are underway to add a second robot next week. He also said there is a drawback to the robot: They can't move the tables. If the tables are moved, the robot does not go to the right place because of its programming.