A Wauwatosa police chase ended with a crash in Milwaukee. The man charged is accused of hitting an officer in the head, causing a concussion.

WAUWATOSA, Wis. - A Milwaukee man is charged in connection to a Wauwatosa police chase, crash and battery to an officer that happened Thursday, Dec. 29.

Prosecutors say 31-year-old Patrick Marion was the driver, and that he later hit an officer in the head with the officer's baton while being taken into custody.

A Wauwatosa police officer first spotted a car driving with no license plates near 76th and North and turned on his emergency lights to conduct a traffic stop around 3:20 p.m. A criminal complaint states the car sped away, starting a roughly three-mile pursuit. It reached speeds as high as 94 mph and drove into oncoming traffic during the chase.

The chase ended when the car crashed into a transport van near 67th and Glendale in Milwaukee. The complaint states the driver, since identified as Marion, got out and ran off – but was ultimately found near the scene. 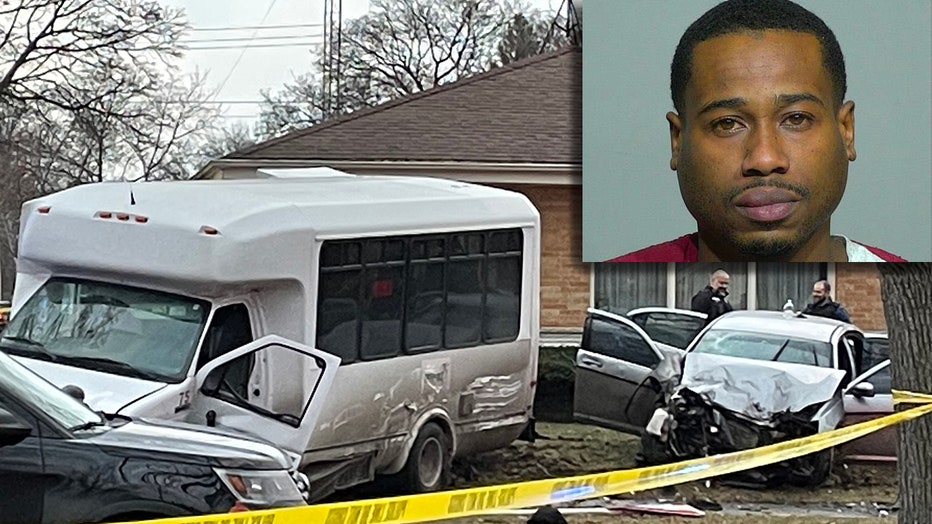 Once Marion was taken into custody, the complaint states the officer was taken to a hospital and treated for a concussion. Marion and a passenger were arrested and taken to a hospital. While in an ambulance, Marion said "I wasn't supposed to be driving," according to an officer who was riding with him at the time. The 73-year-old driver of the transport van was also taken to a hospital with serious injuries. There were no passengers in the van.

During the investigation, Wauwatosa police said stolen mail was found inside the car. It came from a blue USPS mailbox on North Avenue, and authorities said someone needed a key to get in.

In all, Marion is charged with:

Marion made his initial court appearance on Jan. 4 and has cash bond set at $10,000. He is due back for a preliminary hearing on Jan. 11.