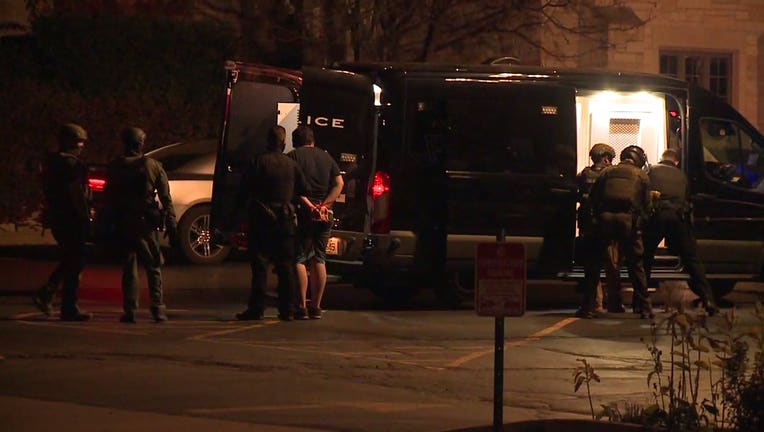 Police arrest 24 individuals during the second night of protests in Wauwatosa.

WAUWATOSA, Wis. - Wauwatosa police arrested 24 people during the second night of protests following the decision to not press charges against officer Joseph Mensah who shot and killed 17-year-old Alvin Cole.

According to a release, a group of protestors attempted to gain entry to an undercover police vehicle, pointed guns at the occupants and threw rocks at it as it drove away.

Of those arrested were the mother and two sisters of the slain teenager, according to the People's Revolution on Facebook.

The second night of protests in Wauwatosa ended with at least a dozen arrests.