There was no answer when FOX6 News knocked at the Wauwatosa home of Heather Kuhl on Thursday, Oct. 15, but her words and actions are echoing throughout the city she once represented.

WAUWATOSA, Wis. - There was no answer when FOX6 News knocked at the Wauwatosa home of Heather Kuhl on Thursday, Oct. 15, but her words and actions are echoing throughout the city she once represented.

On Wednesday, after two years on the Wauwatosa Common Council, Kuhl submitted her resignation.

In her letter, she wrote: "When I sat in this seat and I served my constituents, I was always honest, respectful, and professional and I have zero regrets.

While there was no mention of why she quit, Kuhl added "I have to prioritize the health and safety of my family." 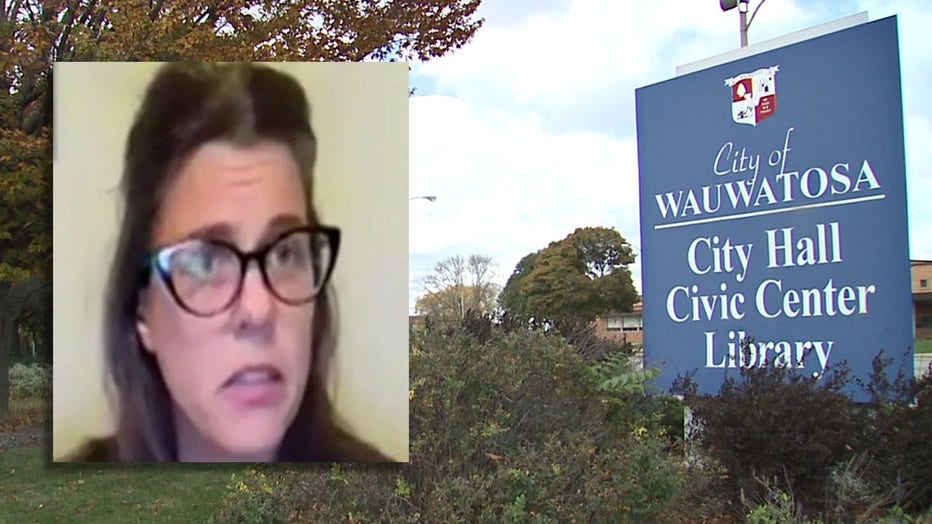 In July, Kuhl wrote a letter to the Wauwatosa Police and Fire Commission asking them to fire Wauwatosa Police Officer Joseph Mensah, saying that doing so would "start rebuilding public trust in our PD and our elected officials."

Two days before her resignation, 1130 WISN radio reported that Kuhl maintained an anonymous Twitter account -- "@beerdudeswife" -- which has since been deleted.

After the Milwaukee County District Attorney's Office announced that criminal charges would not be filed against Mensah in the death of 17-year-old Alvin Cole -- the third fatal shooting he was involved in during a five-year period -- protests and unrest unfolded throughout the city.

1130 WISN reported that Kuhl made an expletive-filled tweet directed at conservatives following the decision, saying that "windows are easier to repair than bodies." 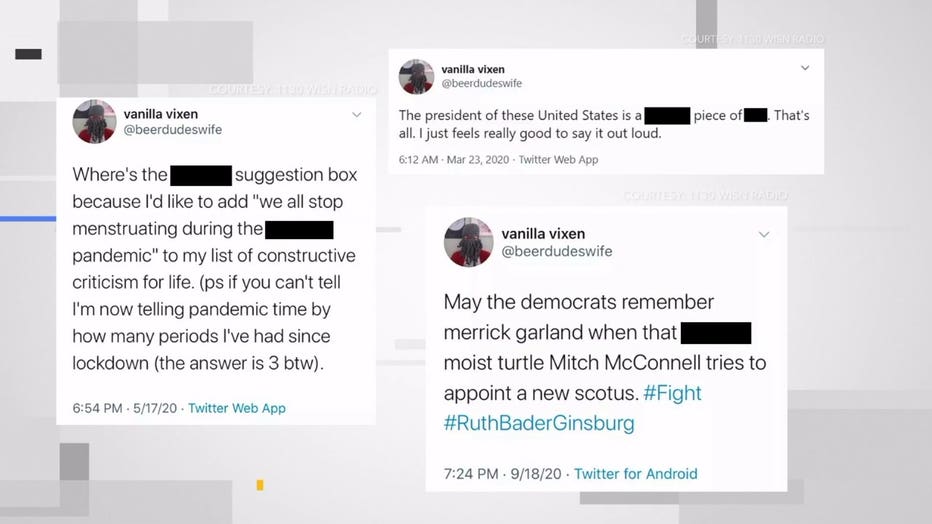 Kuhl, during a Common Council meeting last week, said: "All this is doing is creating divisiveness and I don't see any real purpose for it."

The radio station's screen-captures of other tweets show Kuhl ranted about everything from President Trump to the COVID-19 pandemic, using words that can't be repeated on television.

A city spokeswoman declined to comment on camera at this time, saying the process to fill the Common Council vacancy is still ongoing.

FOX6 News also reached out to all members of the Common Council. Only one member returned the message, but they declined the interview request.

After the decision not to charge Mensah sparked protests and unrest, Jay-Z's organization offered to pay the bail bonds and citation fees for anyone arrested and fined for peacefully protesting.