Serious crash in Waukesha shuts down 164 at Racine Avenue

Waukesha police said the intersection would be shut down for the remainder of the night Sunday; the extent of injuries not immediately clear.

The investigation reveals that a Ford 150 struck a motorcycle and then a Dodge Durango – and a Toyota Sienna struck the Ford 150.  The motorcycle started on fire in the middle of the intersection.

Citizen witnesses attempted lifesaving measures to the operator of the motorcycle until emergency responders arrived. The motorcyclist was pronounced dead at the scene. 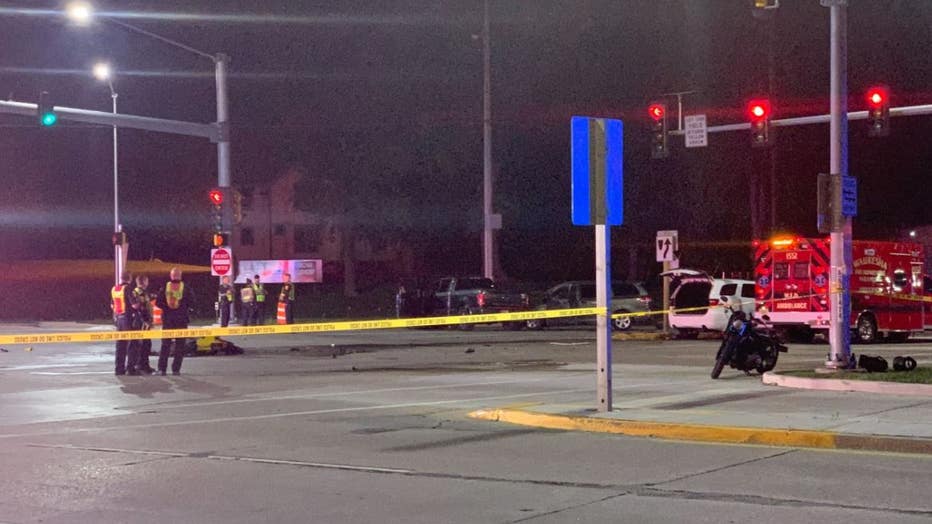 The Waukesha Sheriff’s Office, City of Brookfield, and Town of Brookfield Police Department assisted with traffic control during the investigation.

Intersections around the area of Hwy 164/59/Les Paul Pkwy and Racine Ave were closed during this investigation for approximately five hours.

Milwaukee man shot during robbery near 44th and Congress

A Milwaukee man, 32, was shot during an apparent robbery near 44th and Congress.