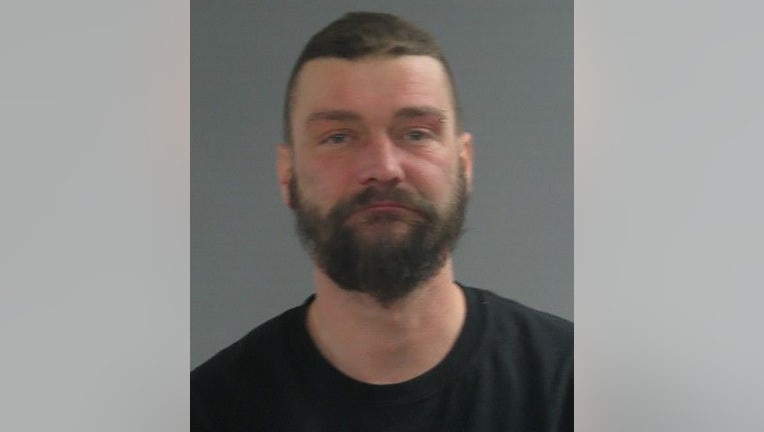 WATERTOWN, Wis. - A 37-year-old Watertown man faces is accused of running a person over with his pickup truck on Saturday, Jan. 15. That person later died from injuries suffered in the incident. The accused is Jeffery Van Beem – and he faces the following criminal counts:

According to the criminal complaint, a Watertown police officer on patrol around 1 a.m. on Saturday, Jan. 15 spotted a pickup truck stopped in the northbound lane of S. First Street. A male inside the truck stuck "his arm out of the driver's side window of the vehicle and yell something that (the officer) thought might be, 'hey.' (The officer) interpreted this as an attempt by the male to flag him down," the complaint says. The officer parked his squad and saw a person lying face-down on the roadway. The officer and Watertown EMS took action to help the victim, but that person died a short time later.

A police sergeant arrived on the scene and spoke with Van Beem. The complaint indicates Van Beem had come from a nearby bar. Van Beem indicated he, the victim, and another person had been out together. Van Beem said he had come around a corner and saw the victim leaning against a pole. He stopped and was "waiting for the victim to get into the vehicle," the complaint says. The defendant then said he motioned to the victim to get into the truck, but the victim went around the back of the truck. When the sergeant asked what happened next, the "defendant held up his hands and said he didn't know," the complaint says. Van Beem told the sergeant, "I said (victim) get in and looked around the truck, and he was gone."

The sergeant noted he "smelled a strong odor of intoxicants on the defendant's breath. (He) also saw that the defendant's eyes appeared to be glassy and bloodshot." The sergeant asked Van Beem how much he had to drink. The complaint says Van Beem "said he had maybe four or five beers since 8:00 p.m." Van Beem was then taken to the Watertown Police Department to perform sobriety tests.

Investigating officers were able to secure video from two surveillance cameras from the area around the incident. The complaint says the video showed the victim "walks toward the truck and around the rear of it up along the passenger side of the vehicle." It goes on to say, "when the pedestrian is near the rear door he suddenly falls forward" next to the vehicle -- and that the "truck had appeared to move slightly forward just before the pedestrian fell forward. The individual appears to get up to his knees before the truck began moving forward and appears to run him over."

Van Beem made his initial appearance in Jefferson County court on Wednesday, Jan. 19. Cash bond was set at $7,500. A preliminary hearing date of Feb. 4 has been scheduled.

A Milwaukee County judge sentenced Kemonta Mills to 23 years in prison in connection with a fatal shooting that happened near 6th and Wright in April 2020.

A Milwaukee police car was hit by another vehicle near 10th and Wells on Friday morning, Jan. 21.