Walworth County fiery wreck on NB I-43 near Elkhorn

A semi drive suffered minor injuries following a wreck on I-43 near Elkhorn on Monday morning, Aug. 1.

WALWORTH COUNTY, Wis. - A semi driver suffered minor injuries following a wreck on I-43 near Elkhorn on Monday morning, Aug. 1.

The Walworth County Sheriff's Office said around 7:45 a.m., a semi traveling north on I-43 crashed into a disabled vehicle on the shoulder – one that had been tagged by a deputy the night before and was empty. 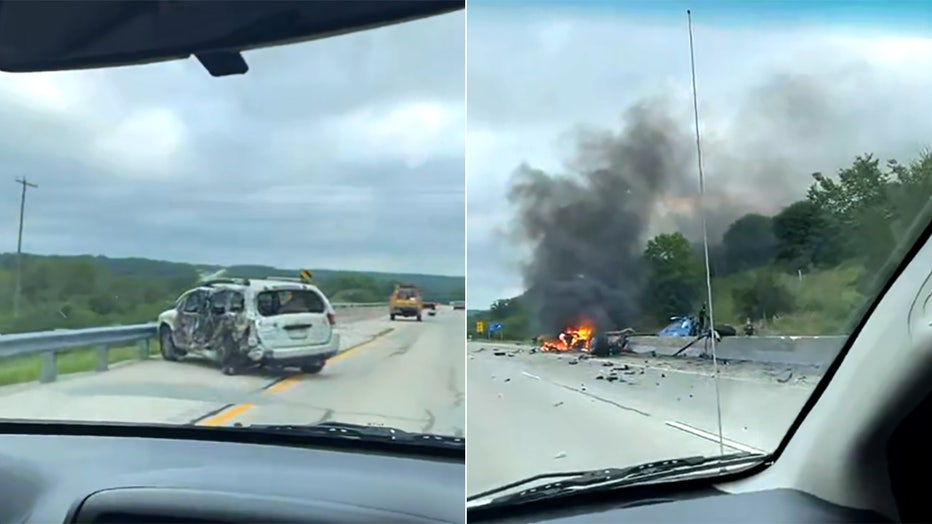 Wreck on I-43 near Elkhorn (Credit: Gina Ludke)

Officials say the semi hit the vehicle, took out a guardrail, ran across the side rail of the bridge, and came to rest on the east side of the road.

While the driver of the semi was hurt, nobody else suffered injury.

The semi was loaded with some sort of meat product. There was a significant delay in reopening the freeway because the trail had to be unloaded.

The cause of the accident remains under investigation.