MILWAUKEE - May is Military Appreciation Month, honoring current and former members of the U.S. Armed Forces.

At a Menomonee Falls warehouse, Matthew Baumeister is on a mission, carefully assembling tool kits – helping the men and women who serve, and uplifting those who are visually impaired.

"It has a generic saw, hammer, tape measures," said Baumeister.

Baumeister is constantly on the move at his workspace. Nothing is out of place.

"The first thing I do is feng shui the setup," Baumeister said. "This works for me because I’m a work alone person, and I’m also a detail-oriented person."

The detailed work is happening at Industries for the Blind and Visually Impaired (IBVI).

"You can see he’s very dedicated, very focused on what he does," said Tim Knaak with IBVI.

"I am nearsighted, I am sensitive to light, I have astigmatism," said Baumeister.

The organization manufactures and supplies mission-critical resources to all branches of the U.S. Armed Forces. Items constructed at the facility are delivered to those who serve.

"It does give me a sense of fulfillment. Since I’m visually impaired, I was not able to go into any sort of military service. This is my way of contributing to the cause as it is," Baumeister said. 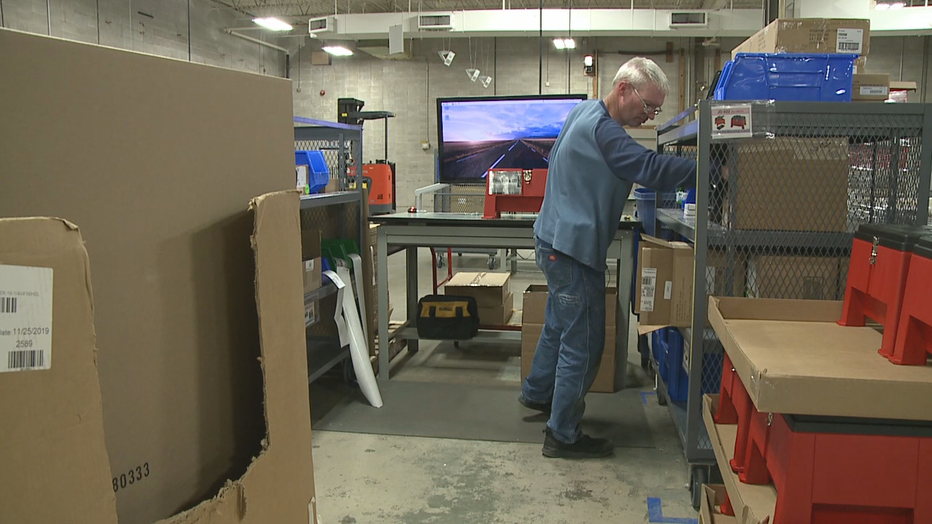 Matthew Baumeister works at Industries for the Blind and Visually Impaired

It is also a way to help shift the perspective of what those who are blind and visually impaired can do.

"They’re so proud of what they’ve done," Knaak said.

Equipment made by IBVI has helped the military throughout the pandemic, including helping with a COVID-19 field hospital in New York last year.

Foxconn has entered an agreement with startup automaker Fisker to jointly develop an affordable electric car that will be built and sold in the U.S.

Dockless scooter companies, Bird, Lime and Spin will roll in on June 1, with Bublr Bikes expanding service in the city.