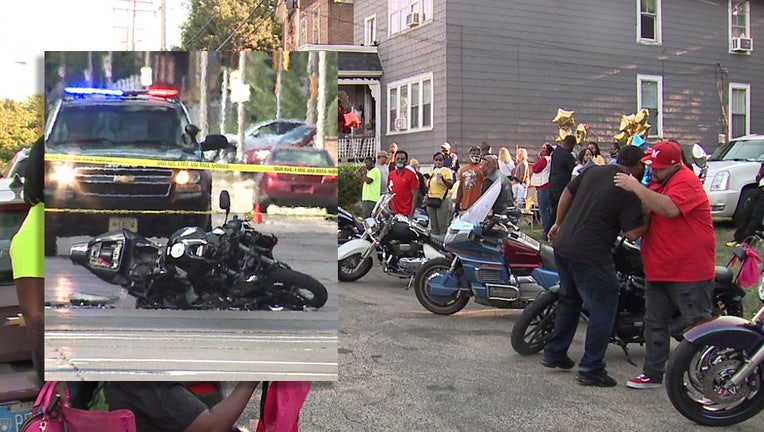 Vigil held for Tywell Williams, motorcyclist hit and killed near 35th and Wright

MILWAUKEE - A vigil was held Wednesday night, Aug. 19 for a man killed in a motorcycle crash near 35th and Wright earlier in the week. Organizers said more than 200 people came out to show their support.

Tywell Williams was hit and killed in the crash on Sunday afternoon, Aug. 19. Police said another motorist was conducting a U-turn when the two collided. Williams sustained serve heard injuries, and was pronounced dead at the scene.

"I knew it was going to be like this. This is what we do as a biker community. With the vest on or without a vest one. This is what we do," said biker Bridgette Hughes. "He shared a common interest with us. We all are out here on twos. So why not come out and show his family some support and love."

Milwaukee police are investigating the crash and said the driver who hit Williams might have been under the influence at the time.

One person died and another was hurt in a motorcycle crash in Milwaukee Sunday afternoon.