MILWAUKEE - Cellphone video captured a car driving on a sidewalk during a Milwaukee police pursuit on Thursday, April 8.

Police said the car was stolen, and the driver is nowhere to be found. One woman who lives in the area said seeing that video makes her feel unsafe.

Lashawnda Westmoreland said her daughter showed her the video Thursday night, and she knew it happened in her Milwaukee neighborhood.

"I just couldn’t believe it. I’m like, on the sidewalk? She was like yeah, what if some kids was out there playing," Westmoreland said. 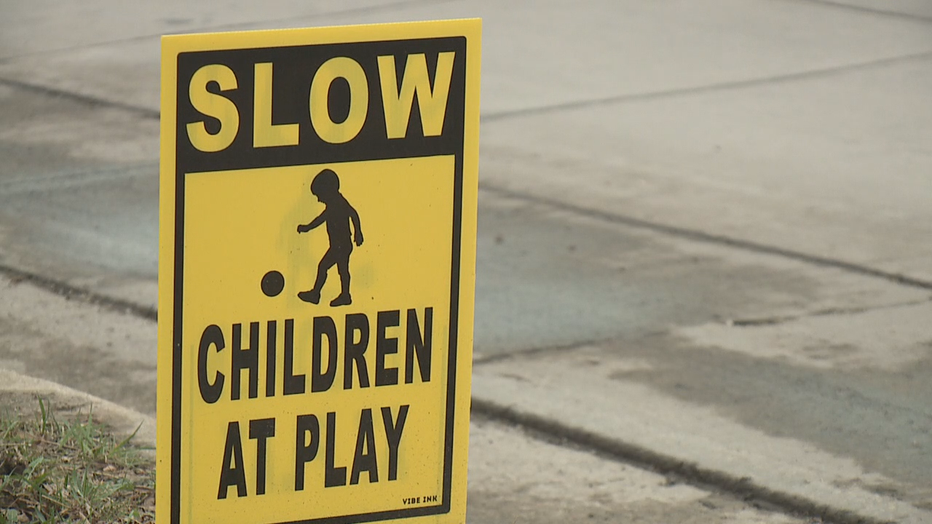 "I have grandchildren, and I watch my nephew. They hang out here in the front and I have other kids that come by," said Westmoreland.

Milwaukee police said officers saw a reckless car at 5:15 p.m. near 27th and Atkinson. When officers tried to pull the car over, the driver didn't stop -- and a chase began.

Police said officers stopped chasing the driver after they couldn't see the car anymore. It continued to speed and was eventually found near 36th and Hampton. Clare Reiken got up Thursday morning expecting to see her car, but it had disappeared. She soon realized the video showed her car, stolen, being pursued down the sidewalk.

"It was my license plate number and then I had like a firefighter’s sticker on the back window," said Reiken.

Reiken said she's waiting on a quote to get the car fixed.

"My whole front, like the wheel and the key and the alignment all of that is like really messed up," Reiken said.

For Westmoreland, she said she has plans to start a day care, but still has major concerns.

"I don't know if I want to even put people's children's lives in danger just from the traffic alone," Westmoreland said.

Milwaukee police ask anyone with information about the incident to contact them.

The entrance ramp on I-894/43 WB at 27th Street is closed Friday, April 9 after a semi-truck flipped over on its side.

Residents said they want to see more patrols in the Arlington Heights neighborhood and for all three of the people involved to be investigated.