MADISON, Wis. - The University of Wisconsin Chancellor Rebecca Blank announced on Monday, Oct. 11 that she will be leaving the school to lead Northwestern University in Evanston, Illinois. 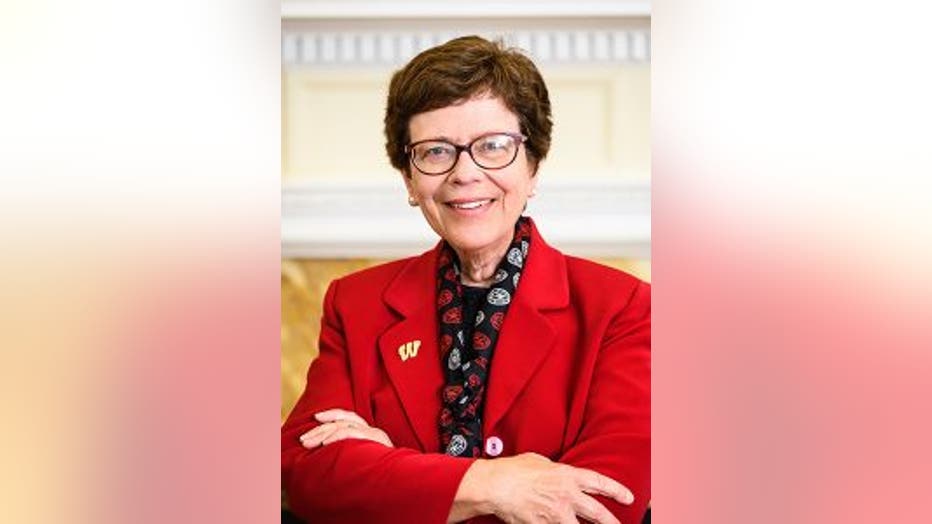 Blank will succeed Morton Schapiro as its 17th president next summer, Northwestern said in a news release.

Blank, an internationally known economist who served as deputy secretary and acting Secretary of Commerce during the Obama administration, has been chancellor at Wisconsin since 2013.

In the release, Northwestern credited her with "elevating the university's world class faculty and placing the university on firm financial footing through a combination of private fundraising and innovative strategies."

Coming to Northwestern is a homecoming of sorts for Blank.

"I served on the Northwestern faculty and was married in Chicago," she said in a statement. "My daughter was born at Evanston Hospital and returned 18 years later to attend Northwestern as a student."

Blank also had warm words for the school and the city that she is leaving, calling her time there an "honor and a privilege."

"It as always my goal to leave this university stronger than when I came and I believe that together we have achieved that," she said.

The University of Wisconsin-Madison is searching for a new chancellor as well as a new UW System president.

"I want to thank Chancellor Blank for her service to our state, the UW System, and our flagship campus in Madison. Chancellor Blank is a distinguished leader and economist who has always been a fierce advocate for continuing UW-Madison’s proud tradition of excellence in research and innovation, especially in the midst of political headwinds and budget cuts during her time at the UW. I’m grateful for Chancellor Blank’s leadership during her near-decade as chancellor at UW-Madison, and I wish her all the best as president of Northwestern University.

"As we work to ensure our state’s continued economic recovery, supporting higher education and our UW System—including our campus in Madison—must be a top priority. I am confident the UW Board of Regents, in consultation with faculty, staff, and students, will select a chancellor who will be a strong voice for investing in our kids, continuing UW-Madison’s legacy as a top-tier research institution, and the pursuit of the Wisconsin Idea."

"For more than eight years, Chancellor Blank has served our state’s flagship university exceptionally and effectively while ensuring students were well-positioned to succeed in a rapidly changing economy. As an economist and former U.S. Commerce Secretary, she brought tremendous insight to understanding and engaging with the business community. As a fierce advocate for research, she also supported innovation both on and off campus, ensuring Greater Madison grows as a place that solves global challenges for years to come.

"In particular, I have gotten to know Chancellor Blank as a member of the Chamber board, where her expertise, thoughtfulness and passion for the university and our region were admired and earned the unending respect and gratitude of her colleagues. We wish her all the best in her next chapter."