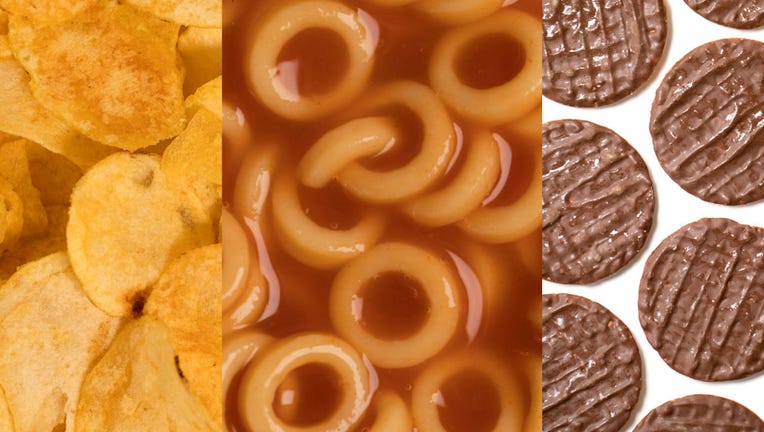 SAN DIEGO - While most people are aware that consuming lots of processed frozen meals, hot dogs, and sugary drinks may not be best for your overall health, new research suggests that eating a large amount of these ultra-processed foods can greatly impact brain function over time.

The new study, presented this week at the Alzheimer’s Association International Conference 2022, examined the eating habits of more than 10,000 adults in Brazil with an average age of 50.6 years. The participants answered questionnaires and were followed over a range of six to 10 years.

Participants who ate more than 20% of their daily calorie intake from ultra-processed foods — or those with large amounts of fats, sugar, salt, artificial flavors, and preservatives — were more likely to have a decline in cognitive function, particularly memory and executive function.

Specifically, men and women who ate the most ultra-processed foods in the study had a 28% faster rate of global cognitive decline and a 25% faster decrease in executive function, compared to those who reported eating less, according to the study.

"Ultra-processed foods make up more than half of American diets," said Percy Griffin, PhD, the director of scientific engagement for the Alzheimer’s Association, in a statement provided to FOX Television Stations. "It’s troubling but not surprising to see new data suggesting these foods can significantly accelerate cognitive decline."

Griffin added that the increase in availability and consumption of these ultra-processed foods is due to "a number of socioeconomic factors," including Americans having less access to healthy foods, less time to prepare them, and less money to afford them.

"There is growing evidence that what we eat can impact our brains as we age, and many studies suggest it is best for our brain to eat a heart-healthy, balanced diet low in processed foods, and high in whole, nutritional foods like vegetables and fruits," Griffin said in the statement.

The study, from researchers at the University of Sao Paulo, has not yet been peer-reviewed. However, other studies have brought similar results.

Research published July 27 in the medical journal American Academy of Neurology suggests that people who eat the highest amounts of ultra-processed foods may have a higher risk of developing dementia, compared to those who eat the lowest amounts.

In this study, researchers studied the eating habits of 72,000 people in the United Kingdom for an average of 10 years. After adjusting for age, gender, family history of dementia and heart disease, and other factors, the study found that for every 10% increase in daily intake of ultra-processed foods, people had a 25% higher risk of dementia.

"Ultra-processed foods are meant to be convenient and tasty, but they diminish the quality of a person’s diet," study author Huiping Li, PhD, of Tianjin Medical University in China, said in a statement. "These foods may also contain food additives or molecules from packaging or produced during heating, all of which have been shown in other studies to have negative effects on thinking and memory skills."

Researchers from the Michigan Medicine's Sleep Disorders Center made the discovery.

Two other large European studies published in 2019 by The BMJ linked eating highly processed foods with the risk of cardiovascular disease and death.

In the first study, researchers based in France and Brazil assessed potential associations between ultra-processed foods and the risk of conditions affecting the blood supply to the heart and brain. Results showed that an absolute 10% increase in the proportion of ultra-processed food in the diet was linked to significantly higher rates of overall cardiovascular disease, coronary heart disease, and cerebrovascular disease.

Both research teams said policies that limit ultra-processed foods in the diet and instead promote eating unprocessed or minimally-processed foods are needed to improve public health worldwide.