SoCal is now on edge after the state confirmed a new COVID-19 strain was found in the region.

The announcement came during a virtual discussion with Dr. Anthony Fauci, the Director of the National Institute of Allergy and Infectious Diseases.

The California governor said he became aware of the confirmed case about an hour before the virtual meeting.

It was later confirmed by authorities that the new strain was detected in San Diego County.

As COVID-19 case numbers continue to soar statewide, Dr. Fauci said he was not surprised to learn the new variant was detected in the Golden State.

"Well governor, I’m not surprised you have a case and likely more cases in California, and we likely will be seeing reports from other states," Dr. Fauci said. "Colorado was the first to do that and I think you’re going to start seeing it because if you have that much of a prominence of this in the UK with all the travel not only directly to the United States, but through other countries intermittently…so, I don’t think this is something Californians should think of as something odd. This is something that’s expected."

This comes as another blow for millions of California residents who indefinitely remain under strict lockdown orders. State health officials announced on Tuesday a regional stay-at-home order will remain in effect for Southern and Central California into the new year. 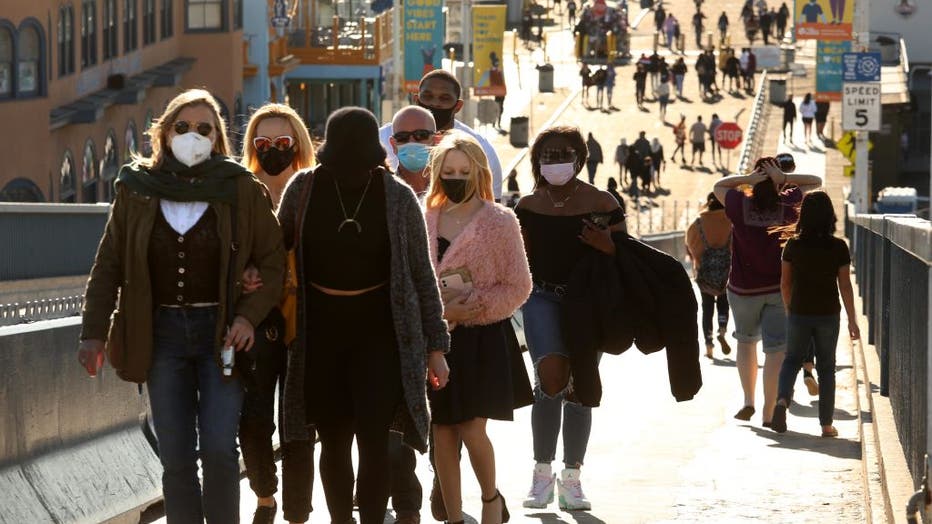 Also on Tuesday, the first known case of the new strain in the United States was detected in Colorado, health officials said.

The Colorado and California cases have triggered a host of questions about how the variant circulating in England arrived in the U.S. and whether it is too late to stop it now, with top experts saying it is probably already spreading elsewhere in the United States.

The confirmed case in Colorado is a National Guardsman in his 20s who hadn’t been traveling, officials said. He has mild symptoms and is isolating at his home near Denver, while another Guard member has a suspected case. They had been sent last week to a nursing home struggling with an outbreak.