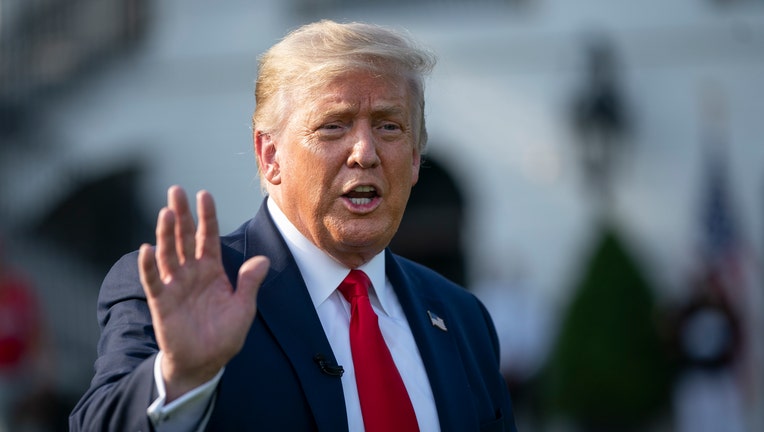 WASHINGTON - President Trump weighed on Sunday night on the report that the Cleveland Indians were going to change the nickname they have had since 1915.

Trump’s tweet came hours after The New York Times reported the Indians’ name change was expected to come within the next week.

“Oh no! What is going on? This is not good news, even for “Indians”. Cancel culture at work!” the president tweeted.

The Indians -- previously known as the Forest Citys, Spiders, Bluebirds, Bronchos, and Naps before adopting their current name in 1915 -- could keep their name and uniforms for the 2021 season, but the New York Times cited one source saying that they will “shift away from it as early as 2022.”

Another option that Cleveland could take is a similar approach to what the Washington Football Team did prior to the start of this NFL season. Then following the 2021 baseball season, Cleveland would develop a new name before announcing it to the public, the newspaper reported, citing another source.

The Indians appeared to be following the recent change in professional sports of distancing from Native American monikers.

The NFL’s Washington Football Team dropped the “Redskins” from their name after years of push back. The Indians, who already removed Chief Wahoo as their logo, said in July they would consider changing the name.

“We have had ongoing discussions organizationally on these issues,” the Indians said at the time. “The recent social unrest in our community and our country has only underscored the need for us to keep improving as an organization on issues of social justice.”

For the latest local news, download the FOX 10 News app.

The Indians said at the time that they were committed to “engaging our community and appropriate stakeholders to determine the best path forward with regard to our team name.”

“While the focus of the baseball world shifts to the excitement of an unprecedented 2020 season, we recognize our unique place in the community and are committed to listening, learning, and acting in the manner that can best unite and inspire our city and all those who support our team," the team said.

The Kansas City Chiefs, Atlanta Braves and Chicago Blackhawks are among the team who still have Native American-type nicknames.