MADISON, Wis. - President Donald Trump's campaign was returning to a Wisconsin court on Friday to argue for the state's election results to be overturned, with the Electoral College vote just three days away and a skeptical federal judge nearing a ruling on a similar case. 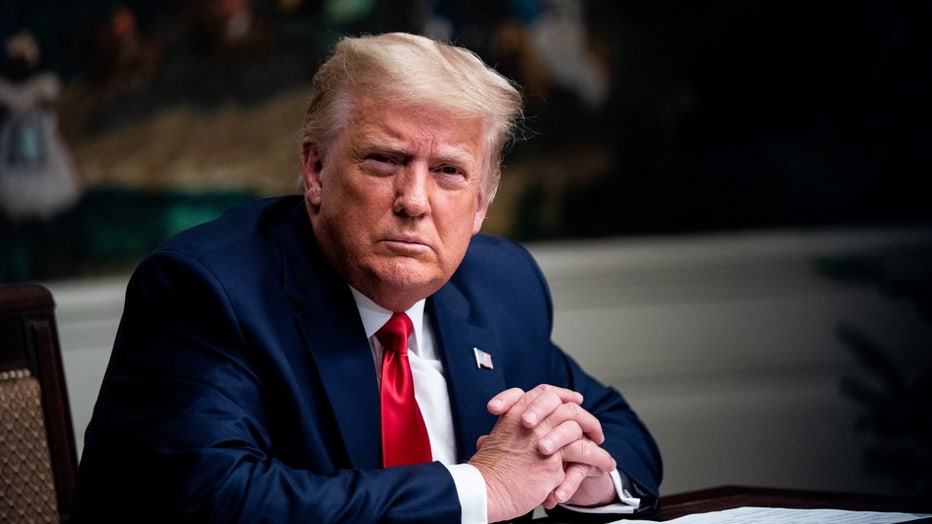 President Donald Trump speaks in the Diplomatic Room of the White House on Thanksgiving on November 26, 2020 in Washington, DC. (Photo by Erin Schaff - Pool/Getty Images)

Trump was pushing to overturn Joe Biden's narrow win in Wisconsin with both a state and federal lawsuit in courts there and as part of a broader lawsuit filed with the U.S. Supreme Court by the Texas attorney general. Trump's attorneys have pushed for swift resolution given that Biden electors in Wisconsin and across the country are to cast their votes on Monday.

Trump and his allies have suffered a string of defeats both in Wisconsin and across the country as they've put forward lawsuits that rely on unsubstantiated claims of widespread fraud and election abuse. A Trump-appointed federal judge in Wisconsin said Thursday that the president's lawsuit was “incredible,” “bizarre” and “very odd,” and asking to overturn the results would be “the most remarkable ruling in the history of this court or the federal judiciary.”

Meanwhile, in state court Trump's attorneys were arguing on Friday for the disqualification of more than 221,000 ballots cast in Milwaukee and Dane counties. Those are Wisconsin's two most heavily Democratic counties and the only ones where Trump sought a recount. He is not challenging any ballots cast in counties he won.

Attorneys for Democratic Gov. Tony Evers and the state's bipartisan elections commission have called Trump's claims ludicrous, without evidence, filed too late and an attempt to disenfranchise the state's 3.3 million voters.

If Trump loses in state court, he can seek an appeal before the Conservative-controlled Wisconsin Supreme Court. That court previously refused to hear his case before it went through the lower courts. A majority of justices have also openly questioned whether disqualifying the ballots as Trump is seeking would be appropriate.

Also on Friday, Republican-controlled committees in the state Legislature were holding an invite-only public hearing to accept testimony about the election. Republicans asked mainly conservative partisans to speak, including a Milwaukee talk radio host, but not the state's top elections official or the head of elections in the city or county of Milwaukee.

Small businesses and non-profit organizations have struggled during the pandemic.