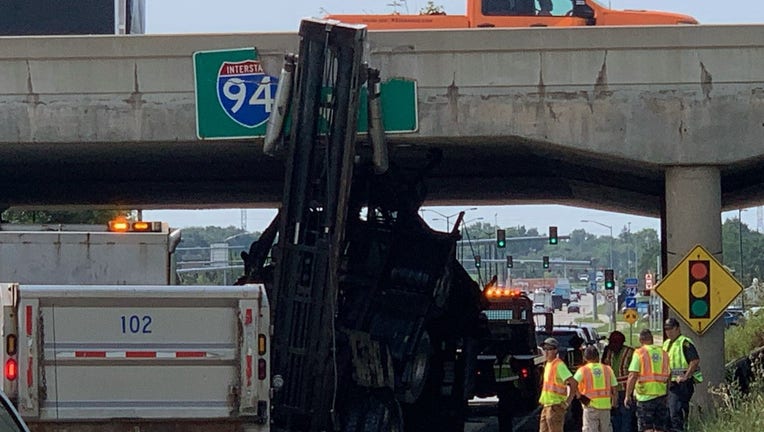 BROOKFIELD, Wis. - The City of Brookfield Police Department is investigating a truck versus bridge crash that happened Tuesday, Aug. 10 at 8:53 a.m.

Initial investigation has revealed that a dumpster delivery truck was traveling south on Moorland Road with its bed raised.  The bed of the truck struck the overpass as the truck was going under the I-94 overpass.

The driver of the truck, a 58-year-old man from Brookfield, was transported to an area hospital to be treated for non-life threatening injuries.  The I-94 overpass was inspected by state officials and deemed safe.

Municipal traffic citations will be issued to the driver of the truck.

A Wisconsin teenager staying at a home in a Cleveland suburb was killed when someone fired shots into the residence, authorities said.

Gone are the days of steamed food that's tasteless. The experts have advice to make food that's full of flavor.