GREENFIELD, Wis. - A massive garage fire in Greenfield Wednesday morning, April 14 led a nearby tree trimmer to drop his saw and start knocking on doors. His actions may have saved more than one life.

Just before noon Wednesday, the garage was engulfed in flames near 49th and Morgan in Greenfield.

"So we were taking down a couple trees for the neighbor and we were working and we smelled it -- didn’t think much of it. Thought it was a bonfire," said Samuel Villafuentes.

But as the fire grew, the crew knew it was something much more serious. 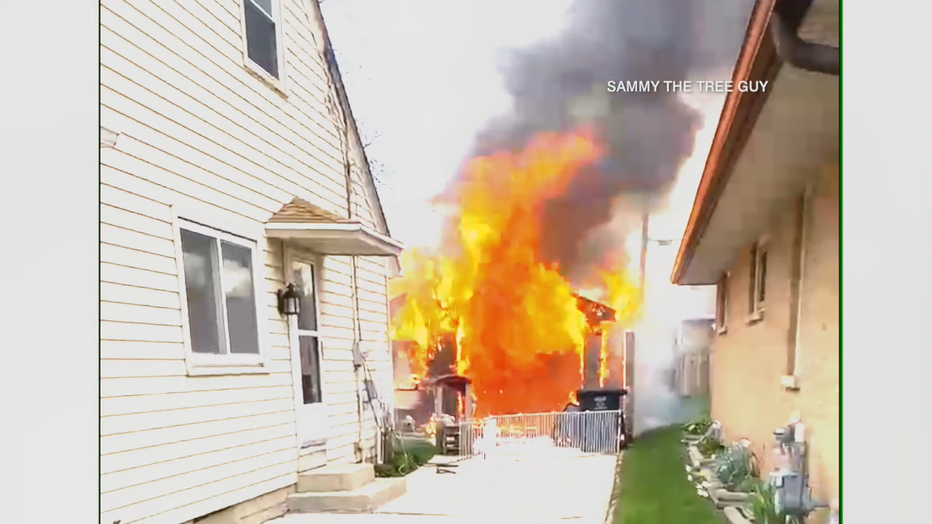 "We seen the big blaze and we got out and started knocking on doors," said Villafuentes.

Running to the nearby homes, they worked to get people away from the fire, fearing it might spread. At the home where the garage was burning, there was more than one resident in need of help. 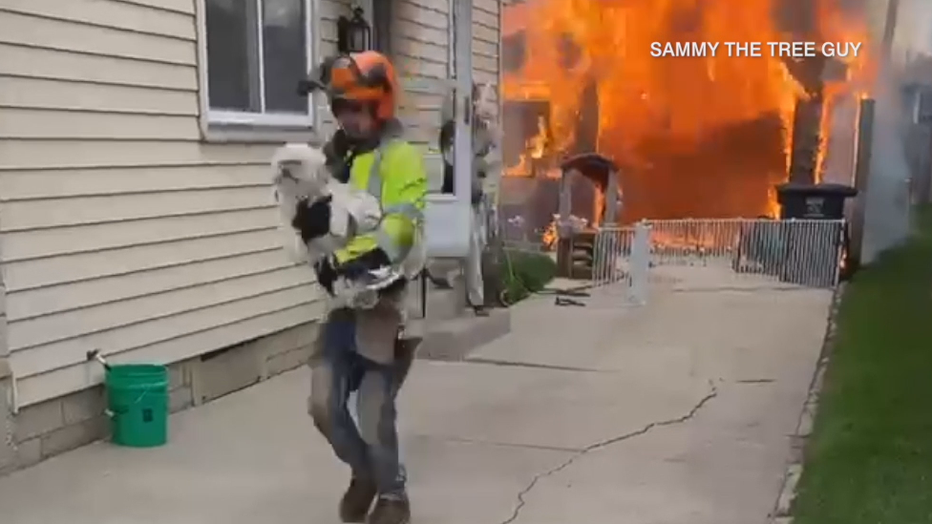 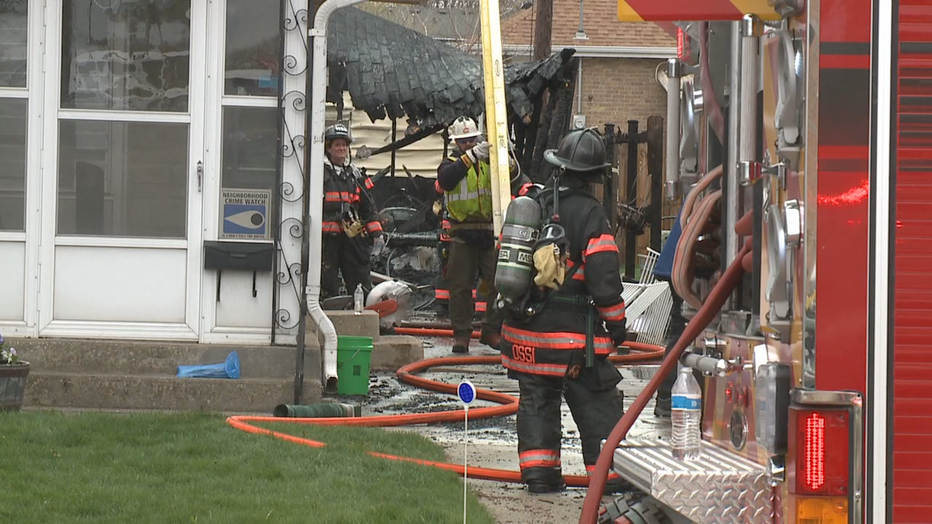 A short time late, fire crews were on scene and the fire was put out.

No injuries were initially reported, and the cause of the fire is under investigation. 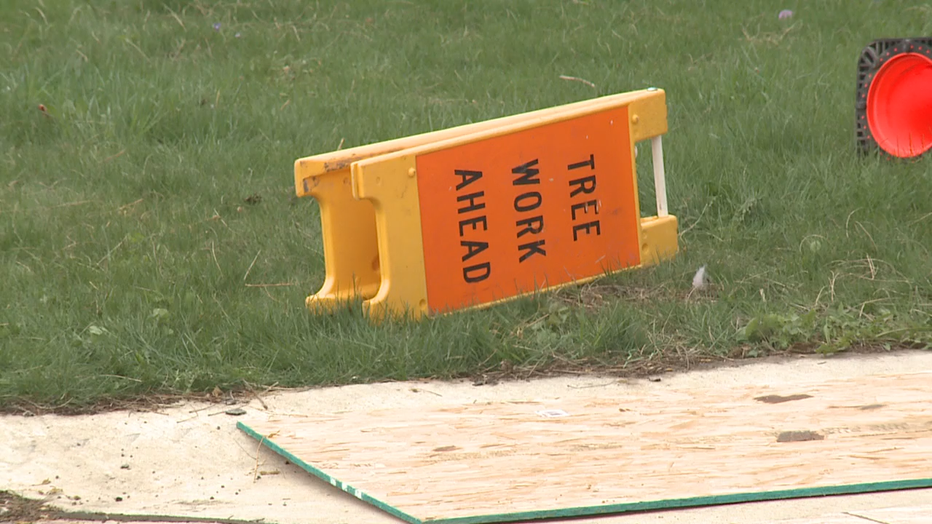 "He said he was happy, thank you," said Villafuentes. "He was a little worried about -- he was scared because I was knocking and he didn’t know who I was, but once he saw the fire, I told him, and I said, 'Let me get your dogs and help you out.' We got him out."

The group of tree trimmers said they’re happy to have helped, and they’re glad they got the people and the dog out safely.