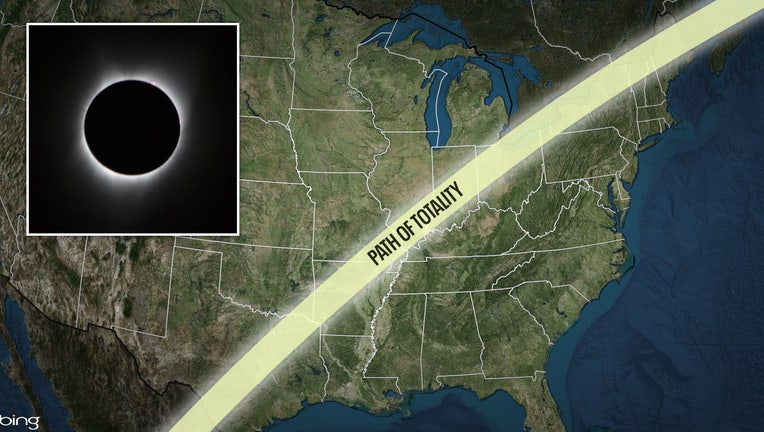 The approximate path of the 2024 total solar eclipse. (Inset photo via NASA)

If you missed the 2017 total solar eclipse that turned day into night and wowed millions of Americans from coast-to-coast, you have the rare chance to see another one on April 8, 2024.

According to the American Astronomical Society, the total solar eclipse coming to North America in 2024, just seven years after the 2017 eclipse shadowed much of the continental U.S., will be at least partially visible "to nearly everyone in North America fortunate to have cloud-free skies."

This time, the moon’s shadow will be roughly 115 miles wide and sweep from Mexico to Maine. Astronomers said the best place to see the eclipse is within the path of totality, where the sun is 100% obscured by the moon – and in areas with the most favorable weather forecasts. In 2024, that would be Mexico or South Texas.

The northwest and southwest regions of the U.S. will get a partial eclipse. 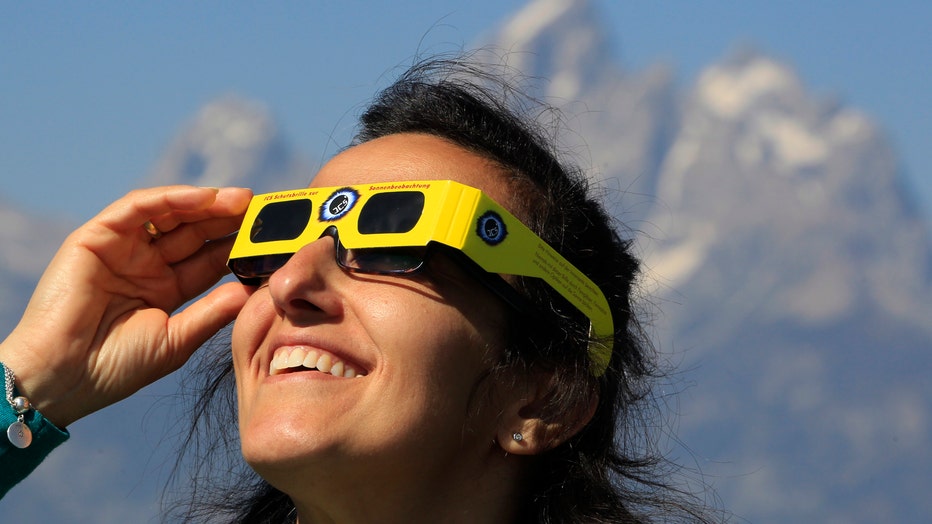 JACKSON, WY - AUGUST 21: A woman views the solar eclipse in the first phase of a total eclipse in Grand Teton National Park on August 21, 2017 outside Jackson, Wyoming. (Photo by George Frey/Getty Images)

When the moon passes between Earth and the sun and scores a bull’s eye by completely blotting out the sunlight, that’s a total solar eclipse. The moon casts a shadow on our planet. Dead center is where sky gazers get the full treatment.

Total solar eclipses occur every year or two or three, often in the middle of nowhere like the South Pacific or Antarctic. What made the last one so special — at least for Americans — is that it cut diagonally across the entire United States. 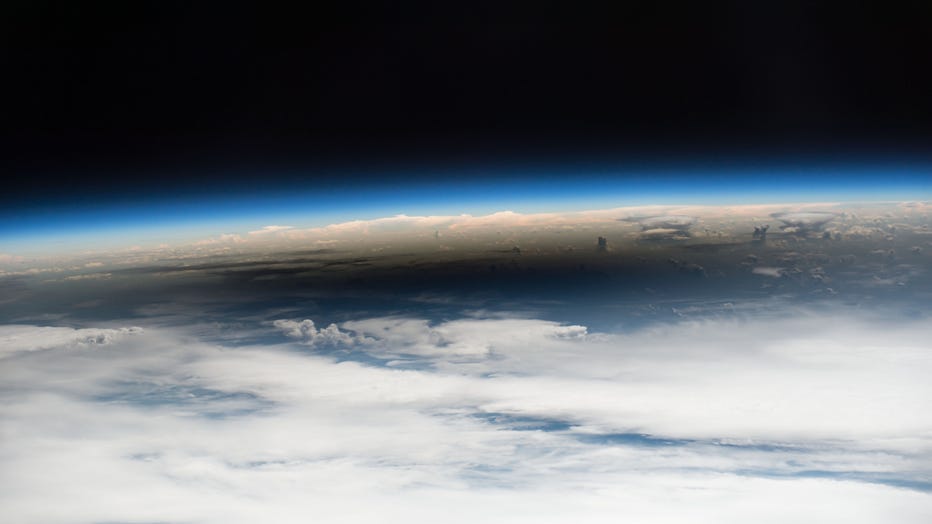 IN SPACE - AUGUST 21: In this NASA handout, the umbra, or moon's shadow, passes over Earth during the total eclipse Monday, August 21, 2017. (Photo by NASA via Getty Images)

RELATED: Eclipse 2017 picture: Do you see Buddha, a man, or something else? 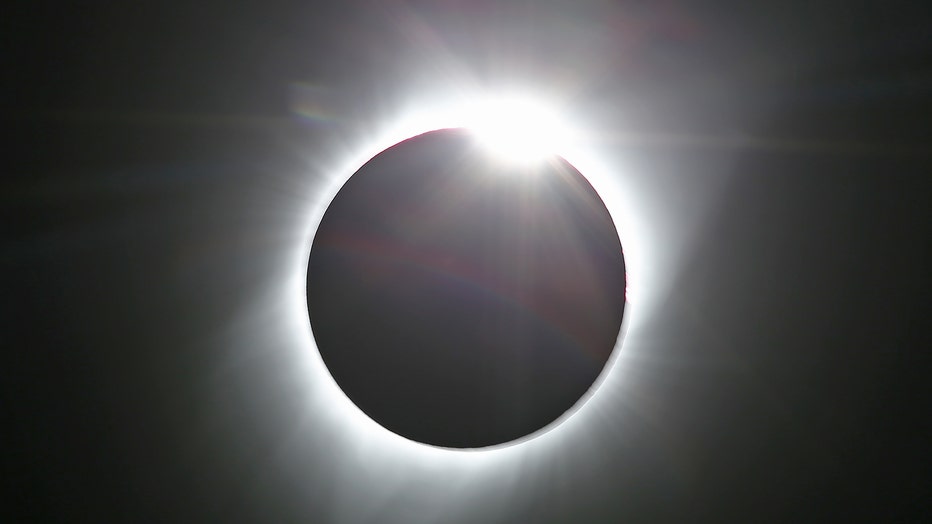 JACKSON, WY - AUGUST 21: The sun is partially eclipsed in the first phase of a total eclipse in Grand Teton National Park on August 21, 2017 outside Jackson, Wyoming. (Photo by George Frey/Getty Images)

The 2017 total solar eclipse was, by all accounts, the most-observed and most-photographed eclipse in history, documented by satellites and high-altitude balloons and watched on Earth through telescopes, cameras and cardboard-frame protective eyeglasses. 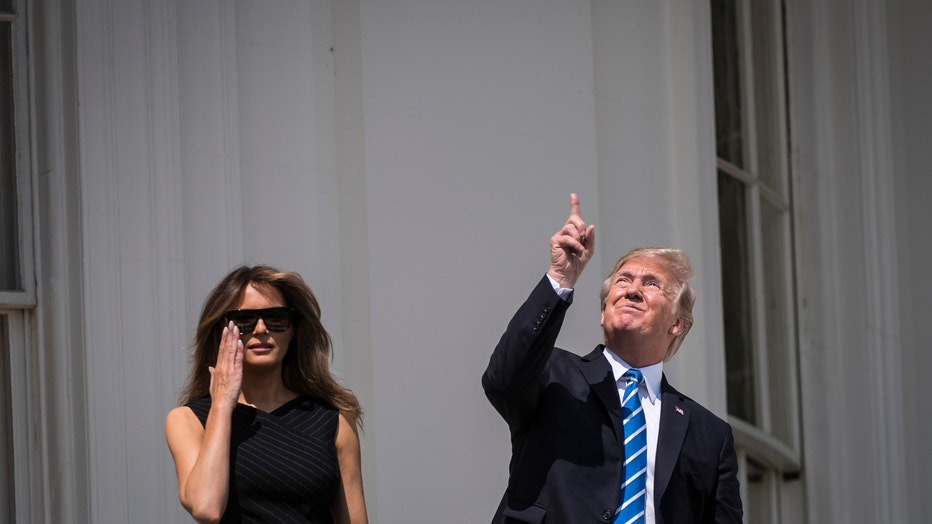 WASHINGTON, DC - AUGUST 21: President Donald Trump looks up toward the Solar Eclipse without glasses, with first lady Melania Trump by his side, from a balcony at the White House in Washington, DC on Monday, Aug 21, 2017. (Photo by Jabin Botsford/The

The total eclipse lasted up to 2 minutes and 40 seconds, but it took 90 minutes for the shadow of the moon to travel across the country.

Millions of Americans gazed in wonder at the cosmic spectacle, with the best seats along the path of totality that was 60-70 miles wide and stretched 2,600 miles across the continent from Oregon to South Carolina. The rest of North America was treated to a partial eclipse, as were Central America and the upper reaches of South America.

The next coast-to-coast eclipse won’t happen until 2045.