CLINTON, Wis. - People spotted that funnel cloud drop from the sky and pull back up.

Luckily there are no reports of injury or significant damage.

It's hard to believe, this quiet evening in Clinton started with a stormy afternoon.

"I’ve never seen that kind of thing. It was huge," said John Nelson. "As soon as I got in a clear view, I could see this cloud." 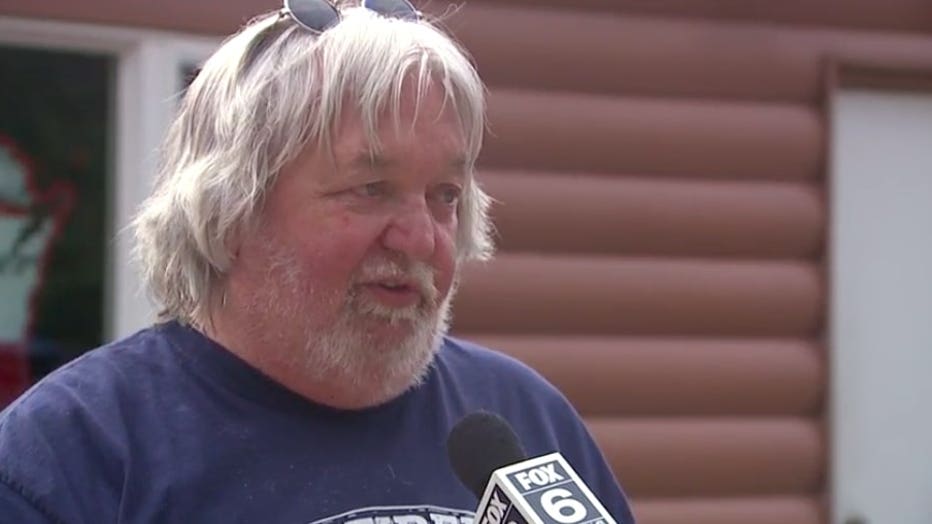 Around 3 o'clock, a rainstorm took a scary turn. Nelson was behind the wheel headed out to meet friends.

"I looked over and I could see this big cloud and it was down on the ground.  It looked like, to me. Huge cloud, funnel," he said.

The tornado was captured by another viewer--near Clinton.

Reports of a tornado in Rock, Walworth Counties

Reports of a tornado in Rock, Walworth Counties

The tornado sirens sounding as the funnel cloud moves quickly.

The storm was one of several across Wisconsin.

Back near Clinton, there was no destruction.

"I was concerned it could possibly wipe out the bar here and a lot of my friends at the same time," said Nelson.

For Nelson, there was relief learning his friends and local tavern were not hit. A reminder of how volatile Mother Nature can be.

"It missed here, never touched down, so I’m just glad of that," said Nelson.

This is a reminder to be weather aware. Have a plan--if severe weather hits near you.