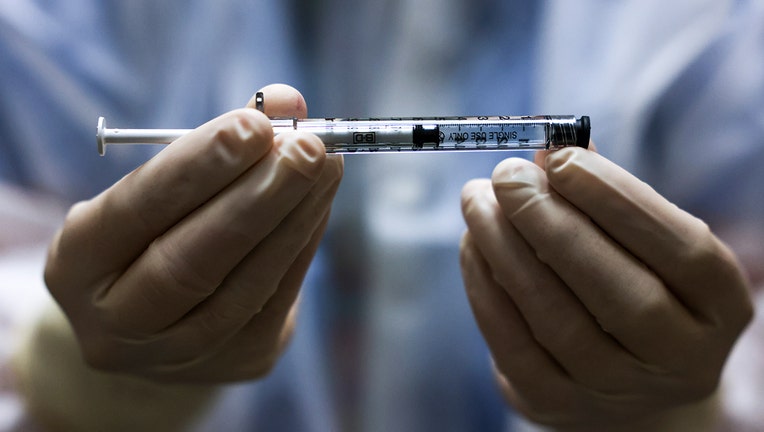 MADISON, Wis. - There will be enough coronavirus vaccine in Wisconsin by the end of June to immunize 80% of those age 16 and over in the state, hitting a key target to achieve herd immunity for COVID-19, a top state health official said Thursday.

"Wouldn’t that be a wonderful 4th of July celebration, to hit 80% community immunity in the state of Wisconsin?" said Wisconsin Department of Health Services Secretary Julie Willems Van Dijk.

Dr. Anthony Fauci, the nation’s top infectious disease expert, has said the nation must achieve a vaccination rate of about 80% to reach "herd immunity." Other health experts have said "herd immunity" won't be reached until 90% of the population is vaccinated.

As of Thursday, more than 23% of Wisconsin residents had received at least one dose of the vaccine and more than 13%, about 761,000 people, were fully vaccinated, according to the health department.

On Monday, more than 2 million people ages 16 to 64 with any of a broad array of preexisting conditions including being overweight, having high blood pressure or moderate asthma, will become eligible. Everyone over age 65 ,and all frontline health care workers, grocery store workers and restaurant employees are already eligible.

Everyone in Wisconsin will be eligible "no later" than May 1, Willems Van Dijk said.

Willems Van Dijk also said she didn’t have a problem with people who qualify on Monday taking open appointments between now and then.

"I don’t think it’s going to be a free-for-all," she said. "We’re getting much closer to being able to have (vaccine) supply to open to everyone."

Also Thursday, health officials said they do not anticipate being able to determine in what type of group housing more than 1,700 people who died from COVID-19 resided, even as the state recently added nearly 1,000 deaths from unknown to long-term care facilities.

State health officials in recent weeks have been revising and updating the data, including matching the addresses of known long-term care facilities with those who have died. That resulted in about 1,000 people who died while residing in a long-term care facility being moved from the unknown category.

"At this time, I don’t anticipate it will be further reduced unless we come up with another creative idea about how to match some other kind of housing.," Willems Van Dijk said.

The accuracy of COVID-19 data has been an issue in many states, particularly among critics of efforts earlier in the pandemic to close businesses and take other mitigation steps to slow the spread of the virus. New York Gov. Andrew Cuomo’s administration is under federal investigation after it underreported deaths in nursing homes following his decision to open them to recovering COVID-19 patients.

Also on Thursday, Gov. Tony Evers announced that a second federally run vaccination site in Wisconsin will be located in Eau Claire and will open April 8. The first one is in Milwaukee and officials in Madison hope to host one there as well.

The Eau Claire facility, to be run by the Federal Emergency Management Agency along with state and local partners, will be at Zorn Arena on the campus of the University of Wisconsin-Eau Claire. The state committed to providing at least 3,500 doses of vaccine a week, up to 7,000, based on supply. It will have the capacity to vaccinate 1,200 people a day, Evers' administration said.

Significant changes in Milwaukee's current public health order will go into effect Friday, March 19 -- changes that relax some restrictions in the previous order.

The number of positive cases of COVID-19 in Wisconsin rose by 490 Thursday, March 18, officials with the Wisconsin Department of Health Services reported, for a total of 571,220.