Daniel LaBelle has more than 18 million followers on TikTok, and is close to 4 million on YouTube and Instagram combined.

KENOSHA COUNTY, Wis. - In 2020, going viral was the last thing any of us wanted – unless it was online. With a blend of comedy and creativity – and plenty of athleticism, too – Daniel LaBelle did just that, adding followers seemingly as quickly as he clears a flight of stairs.

He has more than 18 million followers on TikTok, and is close to 4 million on YouTube and Instagram combined. It’s mind-boggling, life-altering stuff for Daniel and his wife Bailey.

"I have moments where I’m hopping through the house," Daniel said. "And I’m like, ‘I make a living doing this.’ " 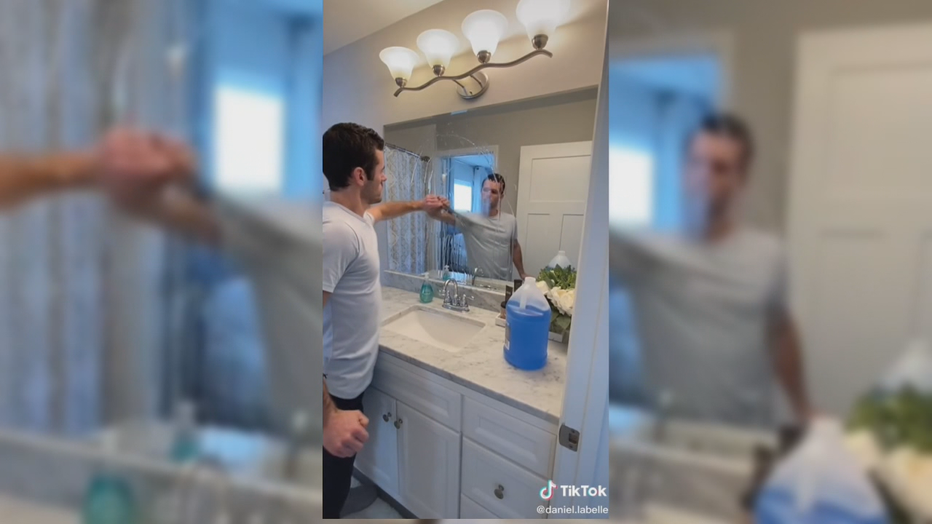 "Walking into scenes like that have become normal for me," added Bailey.

Daniel used to be the guy behind the camera -- a wedding photographer capturing the magic of a special day.

"Those raw, genuine, authentic moments," he said. "That are only going to happen once." 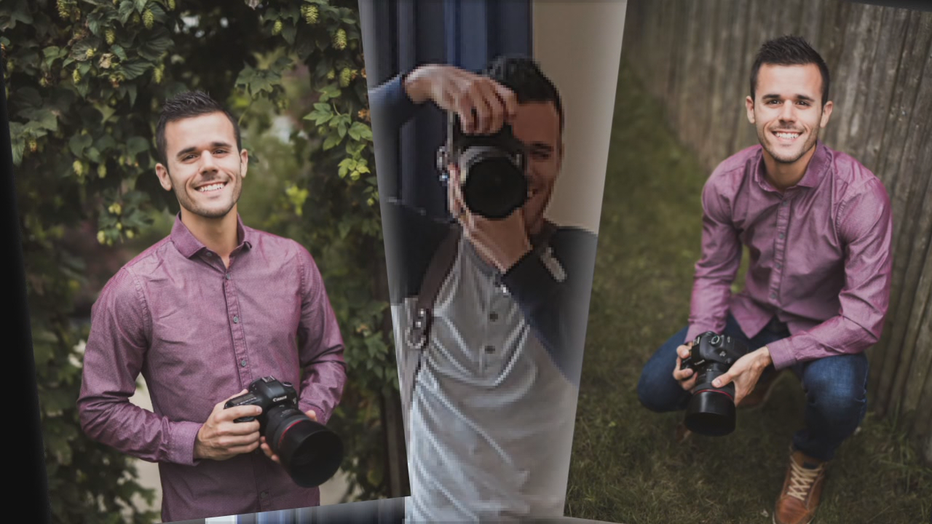 Now, he makes the everyday magical. The mundane surreal.

Daniel joined TikTok to help his photography business. But it was on a whim – when posted a clip pretending to be a little kid getting his picture taken – that things really took off.

"As a photographer, you know when you try to take a picture of a little kid, it’s super difficult," Daniel explained. "It got a million views in 24 hours. And I had never experienced anything close to this." 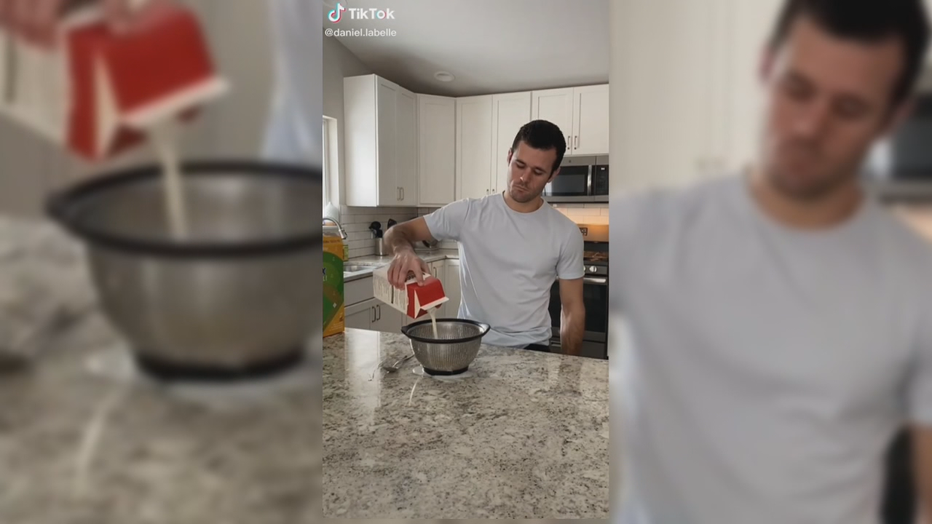 "Does everybody get a million views on their video in a day?" said Bailey, explaining how little they knew of internet stardom. "We had no idea."

A brand of physical comedy was born.

Technically, this started in January of last year, before the pandemic. But as brides and grooms canceled gigs and weddings, Daniel found himself with a whole lot of free time. 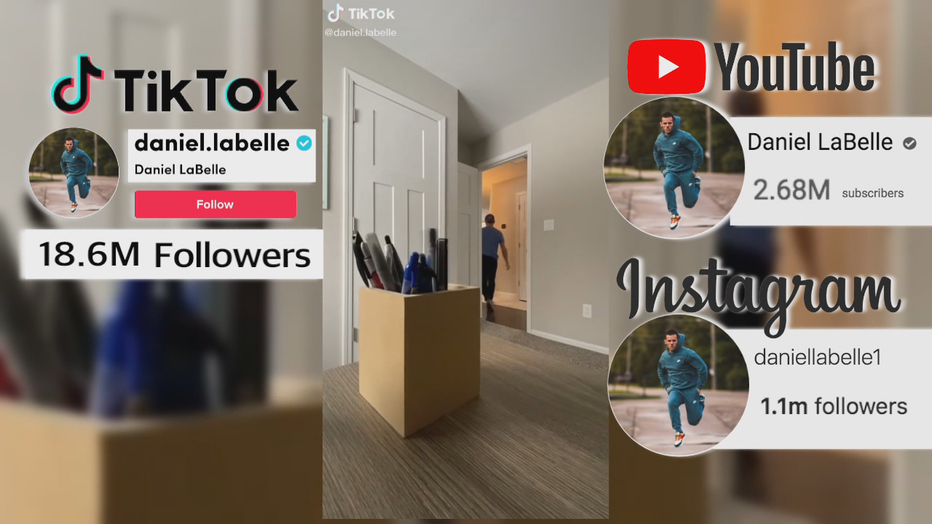 "I’d like to think it would’ve still happened without the pandemic," he said. "But I definitely think the pandemic accelerated how fast I was able to grow."

What is life actually like for a content creator in Kenosha County? First of all, it’s not as easy as he makes it look.

"I will very often have to rearrange furniture," said Daniel.

There are long hours of planning and shooting. 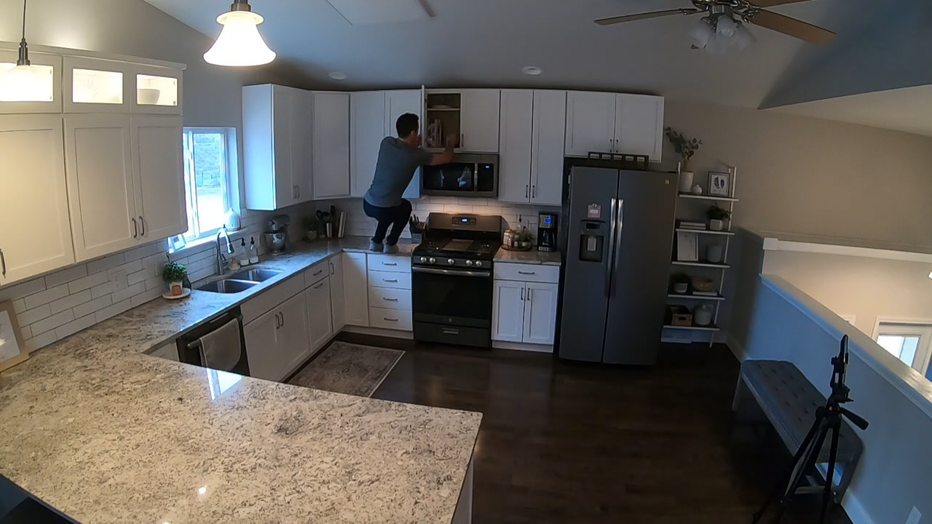 "So many takes, oh man," he added with a laugh.

"All the furniture was arranged, there was a mattress and my husband is standing on the counter about to jump," she remembered of walking into one scene in particular. "And I’m like, ‘What are you doing?’"

If all the world’s a stage, then every room in their house is too. 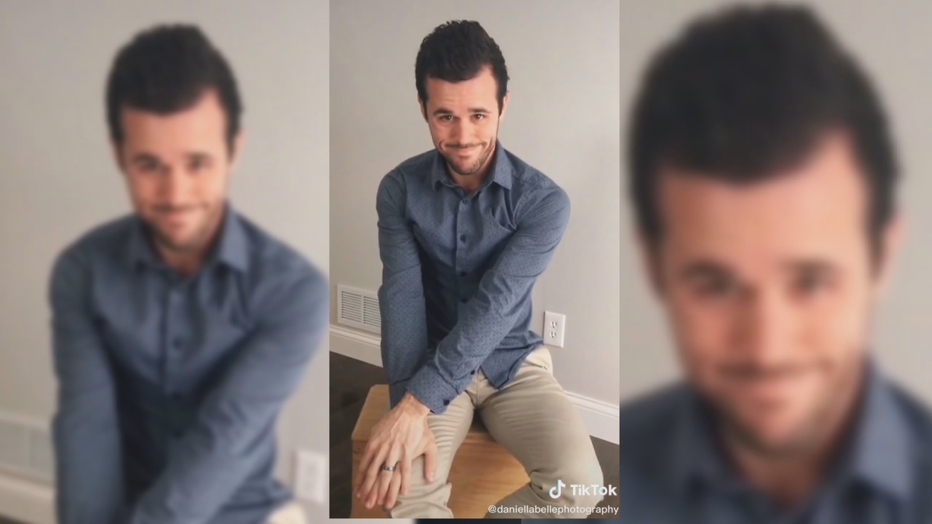 "I had to throw snow – real snow – all over our house," said Daniel before noting that he also cleaned it up.

For a man who floats through life, Daniel remains remarkably grounded. Yes, there is money.

"It’s definitely lucrative," he said with a smile. 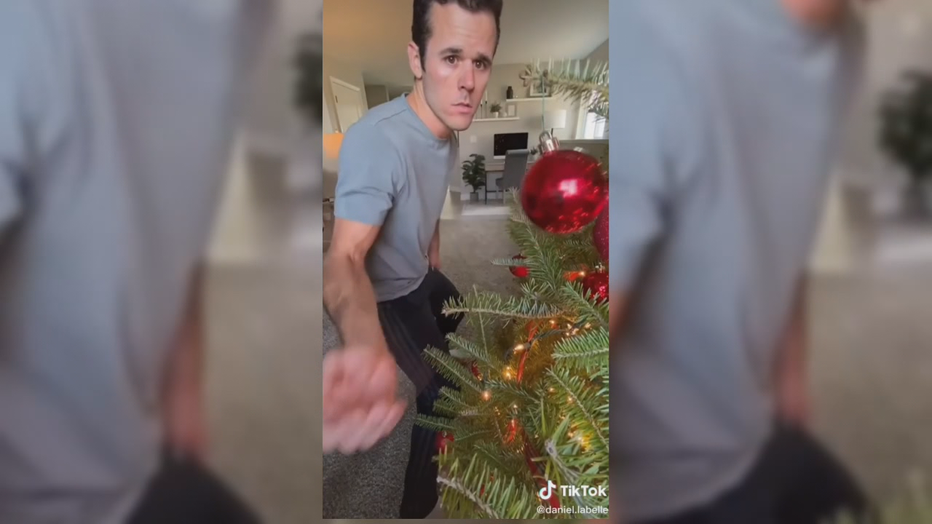 "This one girl says, 'Hey, love your TikTok videos,'" said Bailey. "And I’m like, 'We’re in California and she knows you? She knows who you are?'"

But comments like this one from a viewer are what stand out.

"‘I’ve been super-depressed recently. And man, when I come and watch one of your videos it just all goes away and my spirits are uplifted again. So thank you for what you do,’" Daniel said. "And I’m like, ‘What?!’ I’m making this funny video and that takes me a few hours and I’m putting it out into the world and I don’t always realize the effect that it’s having." 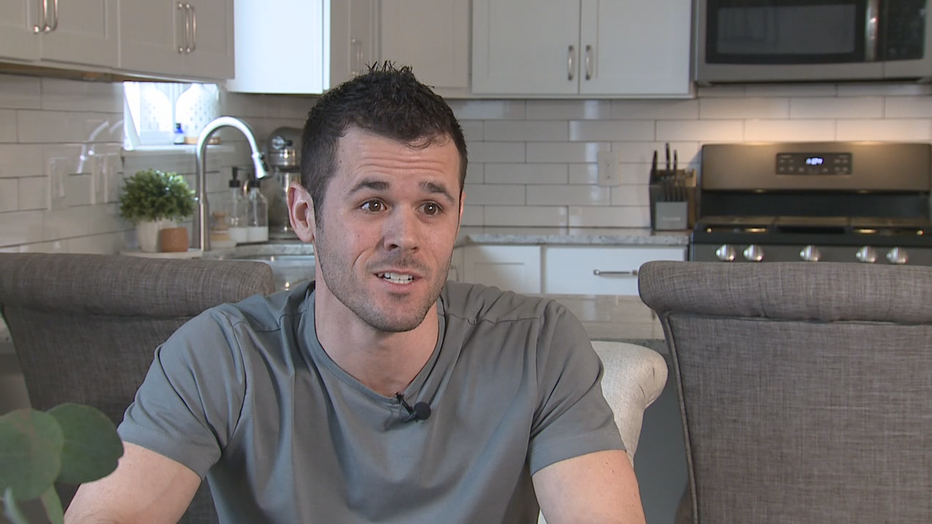 Especially during a pandemic, that’s a healthy dose of perspective.

It’s a good reminder as well that the power of social media doesn’t come from the number of ‘likes’ you get, but from what you give in return.

"Whatever you do, give a feeling to someone," said Daniel. "Because when someone feels a feeling, they’ll want to share it."

After a year of isolation, you never know what – or who – will bring us together.

According to the Allergy Asthma & Sinus Center in Greenfield, birch and other tree pollen counts are higher right now than they've been since 2014.

Summerfest offers peek at amphitheater ahead of lineup release

There is plenty to look forward to when Summerfest 2021 is back in September. In fact, at 6 a.m. on Thursday, May 6, we are expected to learn the full Summerfest lineup.