How much does a wedding cost?

Zola's director of communications shares how much U.S. couples are spending, on average, for weddings, and what they're most willing to splurge on.

There is a lot for couples to consider when planning a wedding, such as where to hold the event and who to invite. But one question that comes up often is: "How much does a wedding cost?"

But otherwise, there was a wide range — $5,000 to $100,000 — in what people anticipated to spend for their wedding, and more than two-thirds of the 3,309 couples surveyed said they were going over budget.

This is because 1) they found that wedding costs are more expensive than they had anticipated, and 2) they’re willing to spend more to get exactly what they want, according to Zola’s survey. 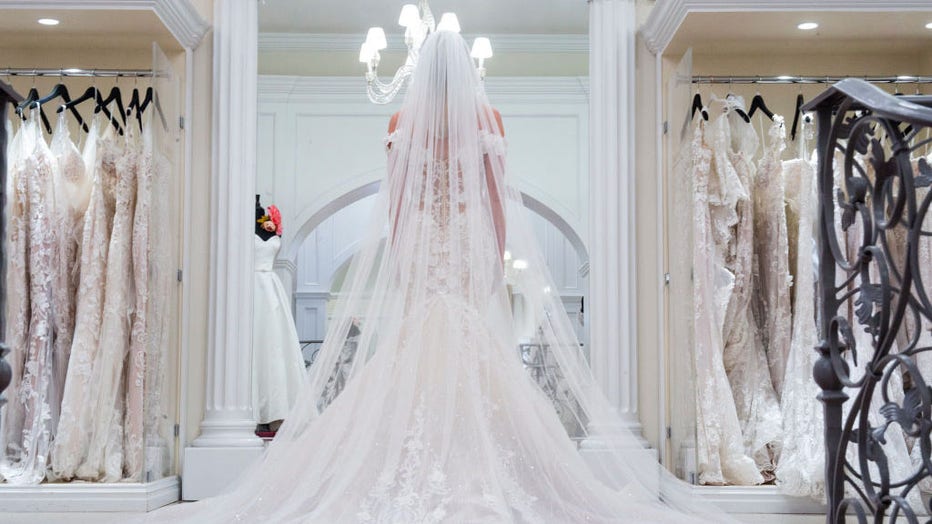 In the first year of the pandemic, nearly half of all weddings were postponed in some capacity, according to research from The Knot.

But many of those couples were finally able to wed in 2021 with the rollout of the COVID-19 vaccine, more available testing, and eased restrictions in the United States.

There were more than 1.9 million weddings held last year, and on average, the event cost $27,063. This is according to The Wedding Report, an industry research company. 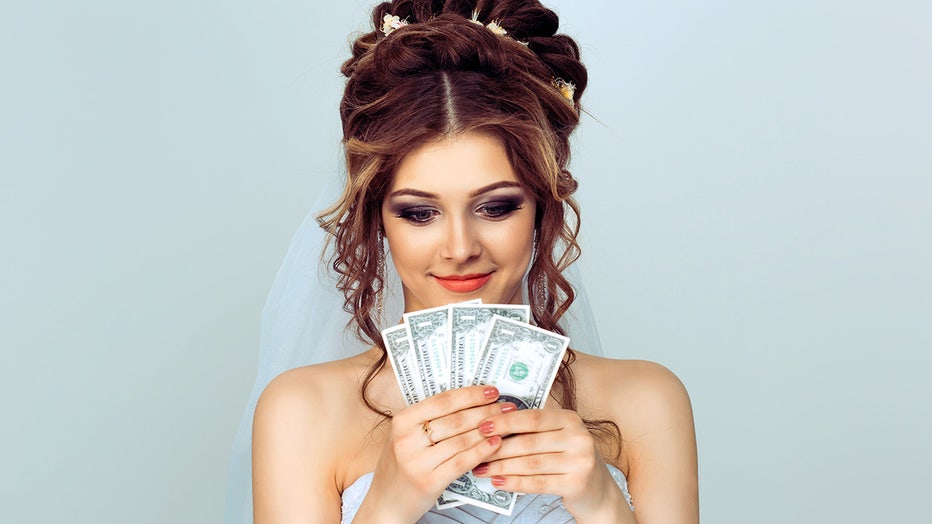 Average US wedding costs by category

When broken down by category, the average spent on a wedding dress in 2021 was $1,499. Couples spent $273 on average for a tuxedo, suit, or other for rent or purchase, according to The Wedding Report.

Couples spent an average of $5,220 on the wedding venue location, $2,856 for a live band, $2,003 on average for the photographer, $454 on the cake or other desserts, $389 for wedding bouquets, $190 for invitations and reply cards (not including postage or save the date cards), and a total of $221 for various hair and beauty services.

‘Average’ wedding costs are anything but average

In both 2021 and now 2022, couples have also faced certain setbacks driven by the pandemic, such as supply chain issues that are driving up the cost of wedding-related items. With this in mind, Zola noted how "average" wedding costs are anything but average — and a memorable wedding can happen for any amount of money.

"We actually see more couples getting married on a Friday or Sunday, just because it’s a really easy way to save a little bit of money, and also get the vendors who you want and might be booked on a Saturday," Emily Forrest, the director of communications at Zola, told FOX Television Stations. 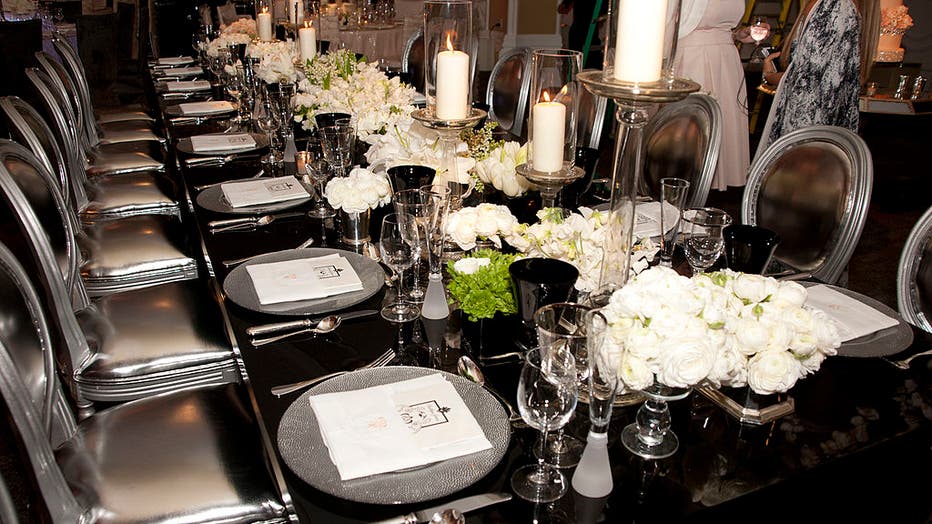 FILE - A general view of a wedding at the Beverly Hills Hotel on March 2, 2013, in Beverly Hills, California. (Photo by Michael Bezjian/WireImage)

A Los Angeles couple went viral earlier this year for spending only $500 on their wedding day. The bride said "I do" in a $47 dress from Shein, they invited only 30 to 40 relatives and close friends, and their biggest expense was an arch for the background that cost around $200, according to FOX 11 Los Angeles.

A Los Angeles couple is going viral after spending only $500 on their wedding day and the bride saying yes to a $47 dress. The groom adds he'll be able to reuse his wedding day pants, vest and bowtie for future nights out.

Loved ones of the couple, named Joel and Kiara Brokenbrough, chipped in for some items like flowers and a cake, the outlet reported. Their reception was held at a hotel dance lounge in Ontario, east of Los Angeles, where they did not have a reservation. The group went to the lounge as soon as it opened, and guests paid for their own food and drinks. Joel spent about $100 total on his suit from the online shop Boohoo.

The couple said they didn’t want to go into debt prior to marriage, and hoped their wedding day inspires other couples to save money.

"Don't let a budget stop you from marrying that person. If you feel like you need to get married, let our wedding be a sign to you that it doesn't take all that and it can definitely happen," Kiara told FOX 11.

How much couples plan to spend in 2022

But not everyone is like Joel and Kiara. Zola’s survey found how much couples plan to spend at their wedding this year, with most hovering in the $10,000 to $40,000 range.

Here's the full breakdown of budgets:

How do people pay for weddings?

Wedding budgets are nice to create if money is available in the first place.

The most common way couples are paying for their wedding in 2022 (41%) is by sharing the costs with their parents and/or in-laws, according to Zola. But 37% of couples reported that they’re planning to pay for everything related to their wedding on their own.

"This makes a lot of sense if you think about how couples are getting married later in life," Forrest said. "They’re just generally more established and financially ready to take on the cost of having a wedding."

Some 6% of respondents said they picked up a second or third job to help cover wedding costs. Extra jobs aside, Forrest noted how there are many different ways to help fund a wedding.

"We see many couples even registering for a cash fund for their wedding," she said. "Guests really love to give this as a gift because what’s a better gift than giving money toward the photographer or money toward the flowers that you’re going to see on the table."

Couples most willing to splurge on photographer, open bar

Particularly for the engaged couples footing the bill themselves, it can be a big deal to invest in certain elements for the wedding. Nearly three-quarters (73%) said they are most willing to splurge on the wedding photographer, and 60% said they’re investing the most in the open bar, according to Zola’s survey.

Forrest said to spend a little extra on the wedding photos makes sense "if you think about the past few years that we’ve all been through."

"I think that holding onto those memories is super important to people," she added. 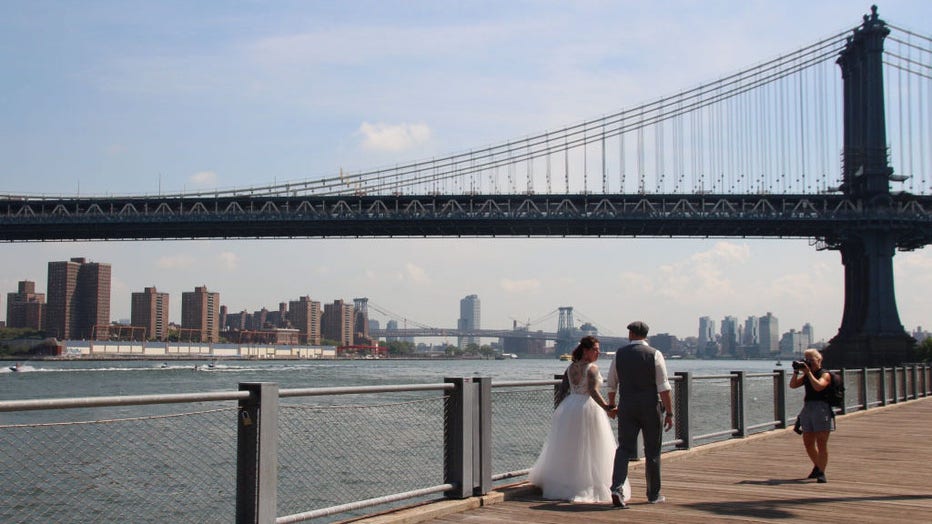 FILE - A bride and groom walk hand in hand for a souvenir photo after their wedding ceremony at Pebble Beach in Brooklyn Bridge Park on Aug. 2, 2022. (Photo by Christina Horsten/picture alliance via Getty Images)

Other things couples are most willing to splurge on: