MILWAUKEE - For fans of Rock and Roll history, today is known as "The Day The Music Died".

Today in 1959, Buddy Holly, Richie Valens and The Big Bopper died in a plane crash during a snowstorm. 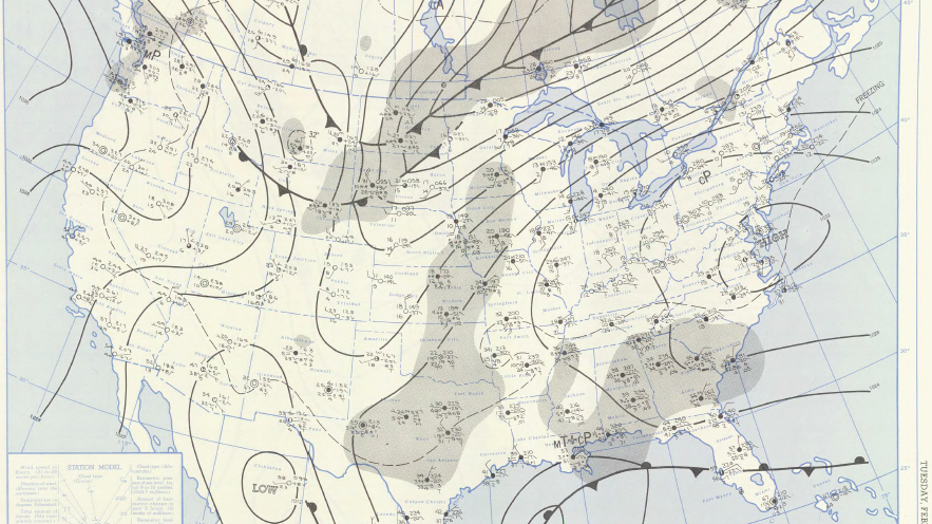 While the plane crashed in Iowa en route to North Dakota, Wisconsin plays a big part in the events of that fateful night. The performers kicked off what was supposed to be a three-week tour dubbed the "Winter Dance Party" on Jan. 23 at the Million Dollar Ballroom in Milwaukee.

They were traveling by bus – a converted school bus not the luxury rides of today’s stars. Early Sunday, Feb. 1 they were heading down Highway 51 on their way from Duluth to their next gig in Green Bay. The bus broke down near the town of Hurley, Wisconsin in the wee hours of the morning. The musicians were stranded without heat for several hours until a passing driver came to their rescue. 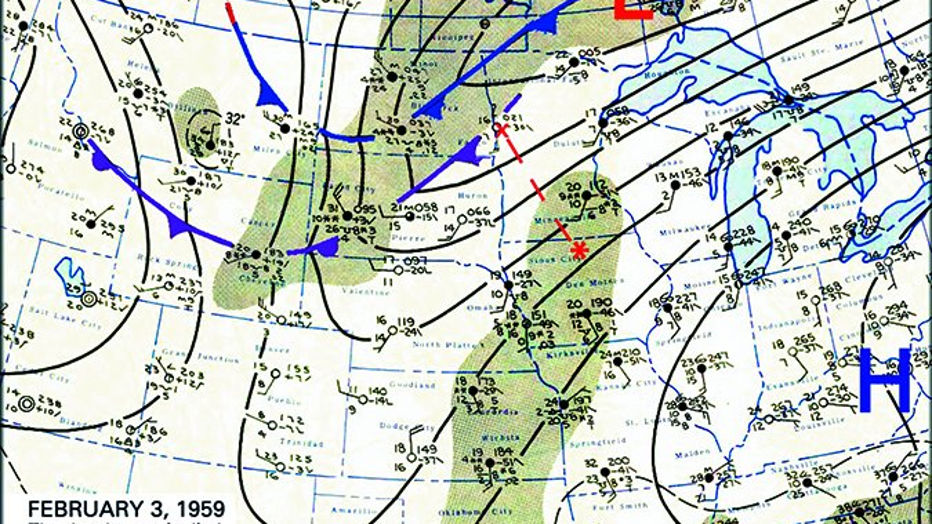 An area of high pressure that had been over the Plains Region for several days bringing with it plenty of bitterly cold air.

It was 19 below zero the morning when the Winter Dance Party left Green Bay to make the long trip to Clear Lake, Iowa. Near Prairie du Chien, the bus heaters went out leaving them in the chill yet again. By the time they rolled into Iowa for their show, Buddy Holly was sick of bus travel and chartered a plane to get them to their next show in North Dakota.

A strong winter storm was pushing into that ridge of high pressure as the boys played. Southerly winds between the departing high and the storm's cold front pumped in moisture from the Gulf of Mexico. As a result, numerous bands of heavy snow formed late in the evening from southern Minnesota as far south as northern Texas – Holly’s birthplace.

Buddy, Richie and the Big Bopper boarded the plane as that storm raged. Unfortunately, they did not have access to things like radar or satellite imagery and the young pilot took off into the storm unaware of how bad it had become in the evening hours. Within 5 minutes of take-off, the airplane was in the midst of a heavy snow band and started accumulating snow. It crashed in a cornfield near Clear Lake, Iowa killing all four.

Don Mclean told the story of the legendary Rock and Rollers in the equally legendary song "American Pie". To borrow a line from that song, this story is why "February make me shiver".

The Weeknd takes the stage at Fiserv Forum in January 2022

The Weeknd will perform at Fiserv Forum as part of his After Hours World Tour on Wednesday, January 26, 2022.