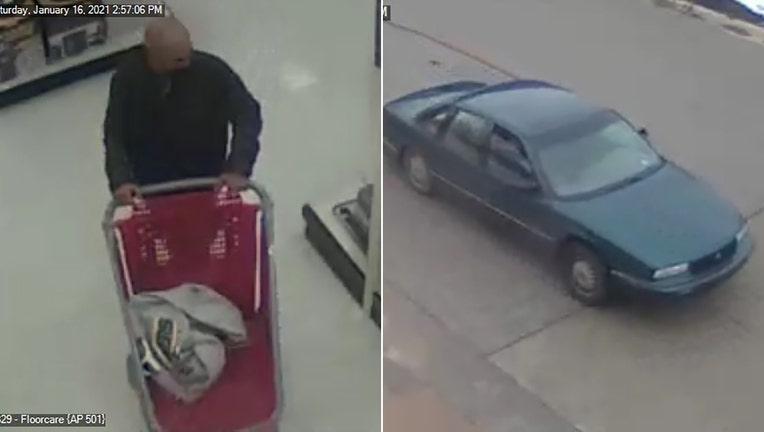 BROOKFIELD, Wis. - The Brookfield Police Department has asked for the public's help identifying a suspect who allegedly stole more than $1,000 worth of goods from a Target on Jan. 16.

Police said the theft happened around 3 p.m. at the Target on Bluemound Road just west of Underwood Parkway.

Authorities said the suspect knew how to avoid the store's cameras and took two tablets and two vacuums with a combined estimated value of $1,300. The suspect left the store through an emergency fire exit and got into a waiting vehicle.

That vehicle is described as a blue, four-door sedan -- possibly an older Buick -- with a "noticeable sag to the rear." Police obtained a possible collector license plate number of 804222, which did not come back on file.

The suspect is a known offender to Target stores in the Milwaukee area but has not been identified.

If any agency recognizes the suspect or vehicle, contact Officer Gib Fairman at fairman@ci.brookfield.wi.us reference complaint number B21001488.