A single dose of psilocybin, the hallucinogenic compound found in "magic mushrooms," alongside psychotherapy, may ease symptoms of depression in hard-to-treat patients, according to the results of a clinical trial.

The effects were modest and decreased over time, but they occurred with a single experimental dose in people who previously had gotten little relief from standard antidepressants. The study is part of a resurgence of research into potential medical uses of hallucinogenic drugs, and the results echo findings in smaller studies of the mushroom compound psilocybin.

For those who suffer from depression, antidepressants can play a critical role in helping patients get back to feeling like the best version of themselves. But for reasons not fully understood, some people experience a form known as treatment-resistant major depressive disorder — where these standard treatments aren't enough.

Up to one-third of adults with major depression battle symptoms, such as persistent feelings of sadness, angry outbursts, low energy, and suicidal thoughts, that don’t respond to medication.

The results of a recent Phase 2, double-blind, randomized clinical trial were published Wednesday in the New England Journal of Medicine. The trial included 233 adults with treatment-resistant major depressive episodes across Europe and North America who had tried at least two antidepressants in the past without success.

Each participant was randomly assigned to receive one of three doses: 25 mg, 10 mg, or 1 mg of synthetic psilocybin called Comp360. The 1-mg dose served as the control group.

The trial participants listened to a specially-designed music playlist and wore an eye mask to help direct attention inward as the psilocybin took hold, while in a room designed to be a "nonclinical and calming atmosphere." The psychedelic effects lasted between 6 to 8 hours, and during this time an experienced therapist was in the room to offer support.

All patients were assessed on the severity of their depressive symptoms the day before psilocybin was administered, and follow-up assessments were conducted on day two, and weeks one, three, six, nine, and 12. 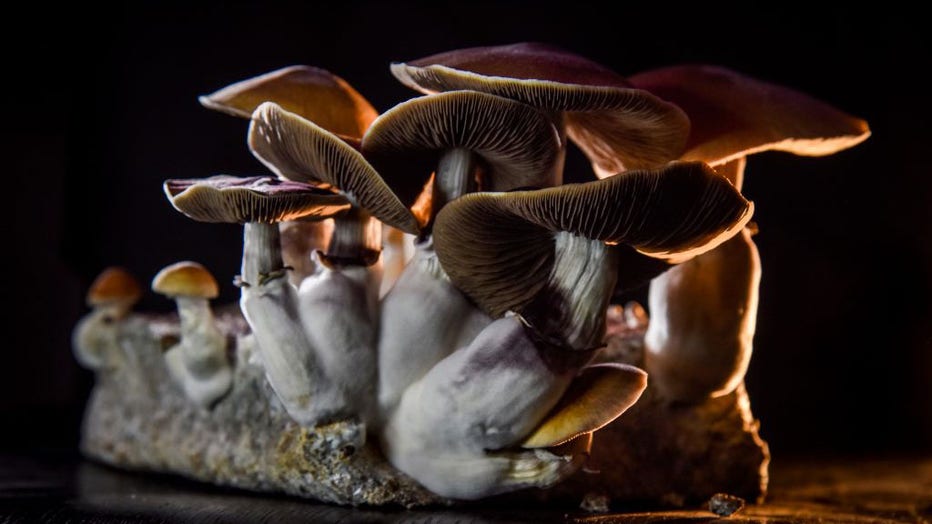 The 25-mg dose was found to reduce depression severity scores significantly more than the 1 mg dose group over a period of three weeks, the study authors said.

Nearly a third (29%) of the 25-mg dose group reported significant improvements in their depression, compared to 9% and 8% of the 10-mg and 1-mg groups, respectively.

Some adverse effects, such as headaches, nausea, dizziness, fatigue, and thoughts around suicide, were reported across all dose groups.

Dr. James Rucker, a consultant psychiatrist at South London and Maudsley NHS foundation trust, who worked on the trial at King’s College London, said the study was by far the largest clinical trial on the use of psilocybin for treatment-resistant depression to date.

"These findings are a positive step in the right direction," Rucker said in a statement. "Our task now is to investigate psilocybin for treatment-resistant depression in larger clinical trials with more participants, comparing it both to placebo and to established treatments."

Compass Pathways, a London-based firm developing psilocybin for commercial use, paid for and helped conduct the study at several sites, including the Institute of Psychiatry, Psychology & Neuroscience (IoPPN) at King’s College London and South London and Maudsley NHS Foundation Trust.

Dr. Steve Levine, Compass Pathways senior vice president of patient access, told NBC News that Phase 3 of the trial will include more than 900 people in 14 countries, including the U.S., and is projected to be completed by mid-2025.

Researchers say they found a way to tell from a person’s blood how severe their depression is, the risk of developing severe depression in the future and the risk of future bipolar disorder.

The U.S. government still classifies the chemical as a controlled substance, with no accepted medical use. However, several cities have already decriminalized magic mushrooms and Oregon is the first state to approve medical use.

Researchers must obtain special approval to conduct studies of Schedule I controlled substances in the U.S. Overall, more than 180 studies of psilocybin and other psychedelics for use in depression, PTSD, and other mental conditions are currently listed on the National Library of Medicine website.

"The findings are both intriguing and sobering," Dr. Bertha Madras, a psychobiology professor, and researcher at Harvard Medical School, wrote in an accompanying journal editorial.

But experts say many challenges remain — including determining whether psilocybin has any real effect on reducing depression.

One theory is that it stimulates portions of the brain that control levels of the mood-influencing chemical serotonin. It also may reconnect brain circuits, but both theories remain to be proven.

"I think we should be taking our foot off the gas a little bit and figure out exactly how they (psychedelics) work in order to optimize it," Philip Corlett, an associate psychiatry professor at Yale University, told the Associated Press. "They don’t work for everybody.’’