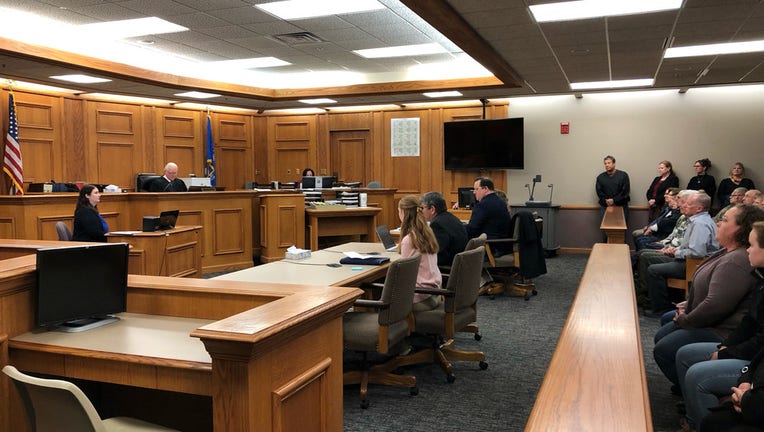 Suring schools superintendent Kelly Casper (seated behind attorney on the far table) appears in Oconto County court for an initial appearance March 23, 2022, on charges related to a controversial search of students for vaping cartridges. (WLUK/Charle

OCONTO, Wis. - A school superintendent charged with false imprisonment in northeastern Wisconsin was back in court Wednesday.

Suring Schools Superintendent Kelly Casper made her initial appearance in Oconto County Circuit Court where a $5,000 signature bond was set.

Prosecutors have said the searches themselves were not illegal, WLUK-TV reported.

Casper is currently on paid administrative leave. She returns to court April 28 when her motion to dismiss the charges is expected to be heard.

The 51-year-old Casper has said the searches were her first at Suring, but that she had previously searched students an estimated 20 times while employed at the Coleman School District.

The Supreme Court on Wednesday threw out Wisconsin state legislative maps that were preferred by the state's Democratic governor and selected by Wisconsin’s top court.