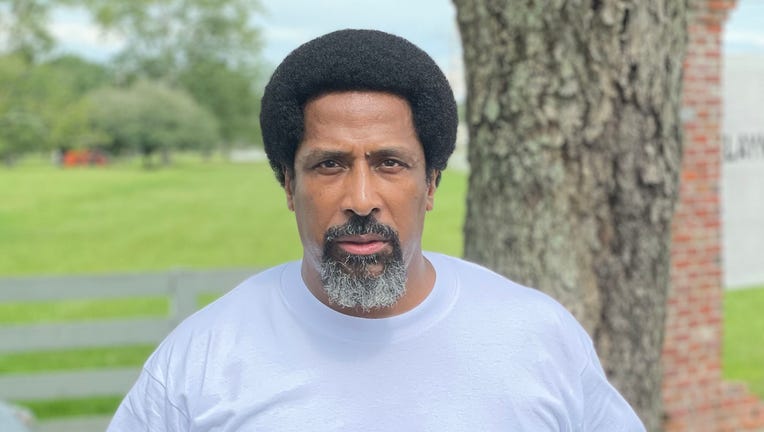 NEW ORLEANS - A Black man wrongfully convicted as a teenager for a New Orleans rape more than 36 years ago was ordered freed Thursday after a judge threw out his conviction.

Sullivan Walter, now 53, used a handkerchief to wipe away tears as a state district judge formally vacated his conviction for a home-invasion rape. Judge Darryl Derbigny expressed anger that blood and semen evidence that could have cleared him never made it to the jury.

"To say this was unconscionable is an understatement," Derbigny told Walter.

After appearing in court in New Orleans, Walter was driven to Elayn Hunt Correctional Center in St. Gabriel, where he was officially released.

Walter was 17 when he was arrested in connection with the New Orleans rape. The rapist had entered the home of the victim, identified in the record as L.S., in May 1986, held a knife to her throat and threatened to harm her 8-year-old son, who slept through the incident.

Emily Maw, an attorney with Williams’ office, outlined the problems in the case in court, noting there were reasons to believe the victim, the only witness, had mistakenly identified Walter.

"There were some red flags that the eyewitness testimony could well have been unreliable," Maw told Derbigny.

Those "red flags" had been spelled out in a joint filing by the defense and prosecutors ahead of Thursday's hearing.

"In this case, L.S. was being asked to make a cross-racial identification of someone who at all the times that she could observe him was either masked, in an unlit room at night, and/or threatening her not to look at him. In addition, L.S. was not shown a photo array containing Mr. Walter until over six weeks after the crime," the motion said.

More significantly, no evidence was presented about Walter's blood characteristics that did not match the semen collected from the victim after the rape.

The filing also recounts years of errors by Walter’s previous attorneys, including failing to point out conflicting statements by a police officer who worked on the case and missteps during the appeal process regarding the blood and semen evidence.

When he was cleared Thursday, Walter had been serving a total sentence of 39 years — four for a burglary charge unrelated to the rape case, and 35 years for multiple charges in the rape case.

Researchers said the probability of Americans dying under the age of 25 is much higher compared to other modern countries.

Attorneys said the victim in the rape is now deceased. Maw said in court that authorities had reached out to the victim's son, who was not present, and that he had expressed regret on behalf of his mother about the wrongful conviction.

"The lawyers and law enforcement involved acted as if they believed that they could do what they chose to a Black teenager from a poor family and would never be scrutinized or held to account," Davis said in a written statement. "This is not just about individuals and their choices, but the systems that let them happen."