We’re dealing with the worst ice we’ve had all season, and with below-freezing temperatures likely until Saturday, much of it won’t be going away on its own.

MILWAUKEE - You know this if you’ve stepped outside: We’re dealing with the worst ice we’ve had all season, and with below-freezing temperatures likely until Saturday, Feb. 26, much of it won’t be going away on its own.

All the ice on roads, sidewalks and cars wouldn't chip away at the enthusiasm of Opal, Elizabeth Jaruseski's dog.

"She’s not fazed by anything, so we’re out here every day," said Jaruseski.

Opal and Jaruseski took on the frozen landscape on their daily walk Wednesday. 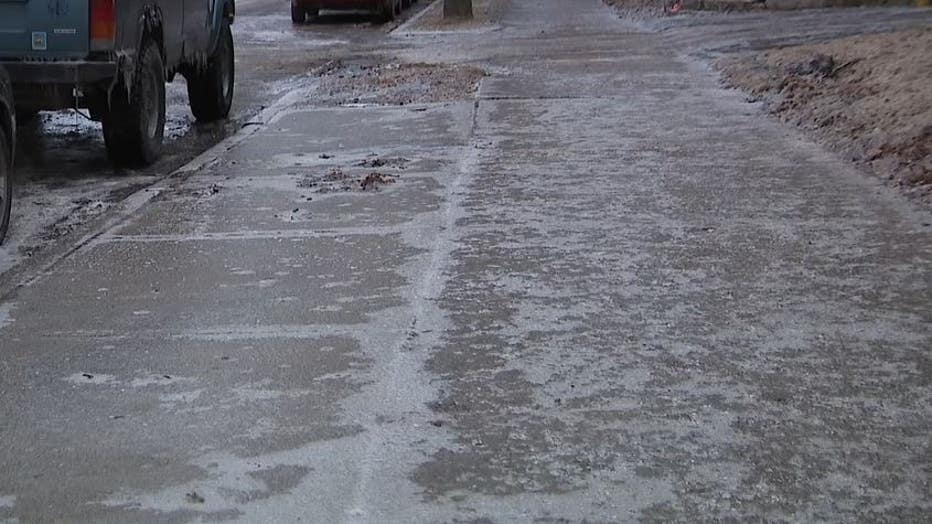 "Walk like a penguin when in doubt," said FOX6 Meteorologist Eric Manges.

Manges says temperatures will likely stay below freezing until Saturday, so you’ll want to stay on top of the ice.

"I’d say on sidewalks is probably the most dangerous thing," said Manges. "If you’re using salt, sand, heck, you can even use birdseed to increase the amount of friction on the surface. The best thing to do though is just try to get the ice off as soon as you can."

That’s not always easy, but it saves others having a hard time.

"It has been a little bit tricky," said Jaruseski "We tried to get it with a shovel and pick away at it. Then we put some salt down." 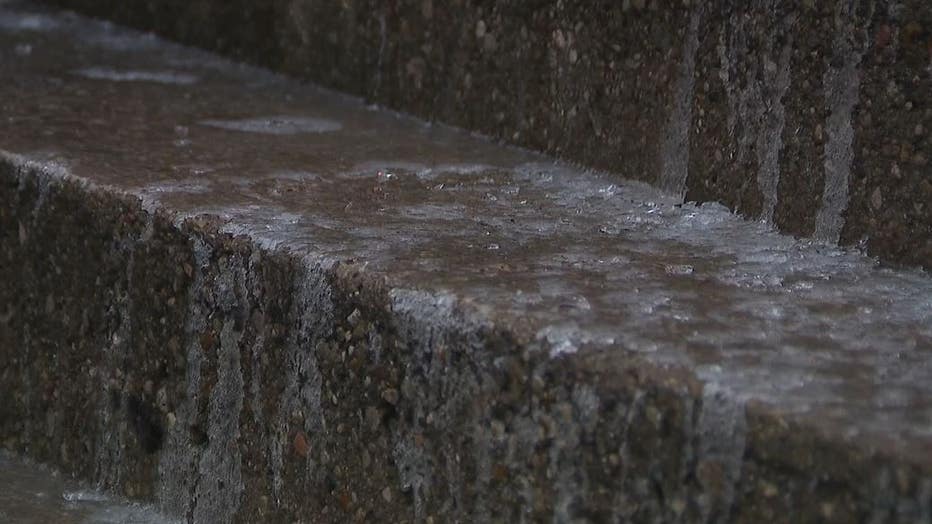 "Wisconsin actually has a very high rate of falls among older adults," said Jon Janowski, Milwaukee County aging unit director. One of the possible reasons is our winter weather.

"Make sure their walkways are clear, their porches are clear," said Janowski.

"They’re more at risk of falls," said Janowski. "We want to make sure they’re able to get out safely and access all the things that everybody else does."

In Milwaukee, sidewalks must be clear of snow and ice 24 hours after the snow has stopped falling.

The Racine Police Department said Wednesday that a suspect who was identified in the homicide of Racine Firefighter Christopher Lalor is dead.