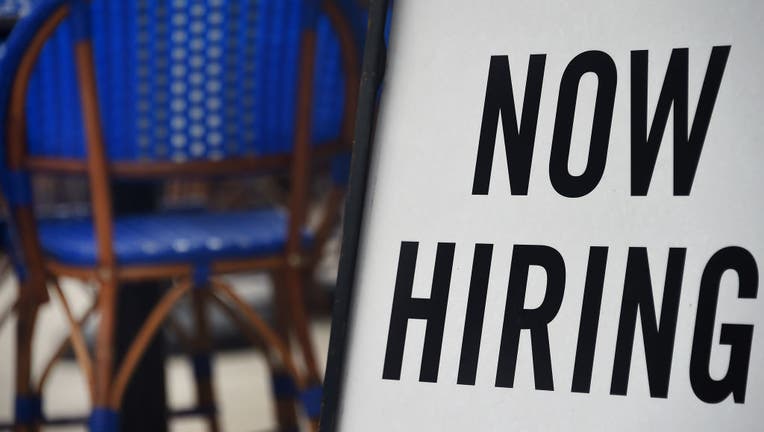 About 17 million Americans, or one out of every 10 workers, may need to transition out of their jobs by 2030 due to the impact of COVID-19 on the labor market, according to a new report by the McKinsey Global Institute. The new forecast represents a 28% increase from 3.8 million workers before the pandemic began.

McKinsey's research finds that U.S. workers without a college degree, minorities, women and young people will be the most likely to be the hardest hit. Americans without a degree are 1.3 times more likely to need to make transitions compared to those with a college degree while Black and Hispanic workers are 1.1 times more likely to have to transition between occupations than white workers.

McKinsey's research predicts that hybrid remote work, growth in the share of e-commerce and the "delivery economy", and business' increasing their adoption of automation and artificial intelligence will likely stick around after the pandemic is over.

About 20 to 25% of workers in advanced economies and about 10% in emerging economies, mainly in the computer-based office work arena, could work from home three to five days a week. That is about four to five times the level before the pandemic began, which has resulted in a decline in demand for restaurants and retail in downtown areas as well as a drop in public transportation usage.

The research notes that some companies are planning to shift even faster to flexible workspaces, in an effort to reduce overall space needed if fewer workers on any given day are in the office. A survey of 278 executives by McKinsey in August 2020 found an average planned reduction in office space of 30 percent.

The firm's report also forecasts that increased remote work could prompt a larger change in the geography of work, as individuals and companies shift out of larger cities like San Francisco, California and into suburbs and smaller cities like Charlotte, North Carolina. While leisure travel and tourism is expected to rebound after the pandemic ends, McKinsey estimates about 20% of business travel may not return due to the availability and extensive use during the pandemic of videoconferencing. This will significantly impact employment in commercial aerospace and airports, hospitality, and the food service sector.

Due to the increase in digital transactions in 2020, the growth in the share of e-commerce and the "delivery economy" became two to five times faster than before the pandemic. Roughly three-quarters of people using digital channels for the first time during the pandemic said they will continue using them when things return to "normal," according to McKinsey Consumer Pulse global survey.

As a result, McKinsey predicts that the area of the labor market likely to be hit the hardest due to this shift are workers in food service and customer sales and service roles, as well as less-skilled office support roles. Jobs in warehousing and transportation may increase as a result of the growth in e-commerce and the delivery economy, but the increase in delivery and transportation jobs is not expected to offset the many low-wage jobs that may decline. In the United States, customer service and food service jobs could fall by a total of 4.3 million, while transportation jobs could grow by nearly 800,000.

Meanwhile, demand for workers in healthcare and "STEM" (science, technology, engineering and mathematics)  could grow more than before the pandemic, reflecting "increased attention to health as populations age and incomes rise as well as the growing need for people who can create, deploy, and maintain new technologies."

In addition, companies that have enlisted automation and artificial intelligence to cope with COVID-19 related disruptions may accelerate that adoption in the years ahead, putting more robots in manufacturing plants and warehouses and adding self-service customer kiosks and service robots. McKinsey's global survey of 800 senior executives in July 2020 found that two-thirds were stepping up investment in automation and AI either somewhat or significantly.

The 17 million workers are part of more than 100 million globally who the institute says will need to leave their jobs by 2030, equating to about 1 in 16 workers across the world's eight leading economies included in the study, an increase of 12% more than estimated prior to the pandemic, and up to 25% more in advanced economies. Other economies included in the study were Germany, Japan, France, Spain, the United Kingdom, China and India.

The Wisconsin Senate passed a compromise Thursday, Feb. 18, bringing the state one step closer to modernizing its unemployment system following some bipartisanship and some mask debate.