Stolen identities in WI used to file for unemployment across US

It’s a problem across the country. In many cases, the victims have no clue until the tax documents arrive in the mail.

MILWAUKEE - It’s a problem across the country -- stolen identities used to file for unemployment benefits. In many cases, the victims have no clue until the tax documents arrive in the mail.

Jackie Grandy hasn’t seen a dime of the unemployment benefits she was issued in 2020. In fact, she had no idea the money existed.

"I was absolutely amazed," said Grandy. "I did not apply." 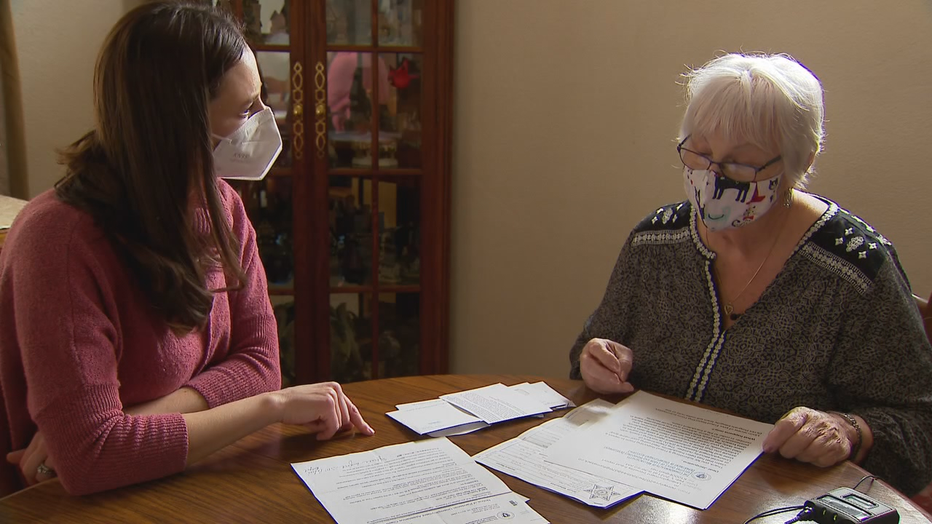 Retired and living in South Milwaukee, Grandy wouldn’t qualify for unemployment in Wisconsin. Yet, somehow, she did qualify in two other states.

"How this happens? I don't know," said Grandy.

Grandy might still be in the dark about identity theft if unemployment benefits weren’t taxable. Within two days, she received two 1099-G tax forms, showing nearly $7,000 was issued in her name in Massachusetts and almost $10,000 in Nevada. The Department of Unemployment Insurance in Massachusetts says it one target of a "national unemployment fraud scam." 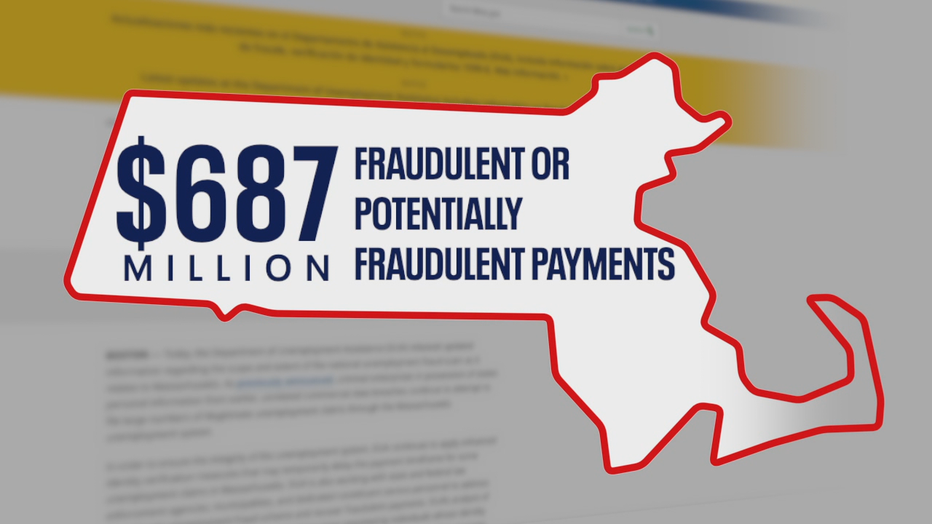 The Nevada Department of Employment, Training and Rehabilitation didn’t provide any numbers but a PIO says "unemployment fraud has been a rampant issue being experienced by states nationwide."

Captain Dan Fournier of South Milwaukee Police says the source of the identity fraud could be anywhere in the world. He says Grandy did the right thing when she filed a police report.

"A lot, if not all, financial institutions are going to want a police report, as documentation that this fraud occurred," said Fournier. 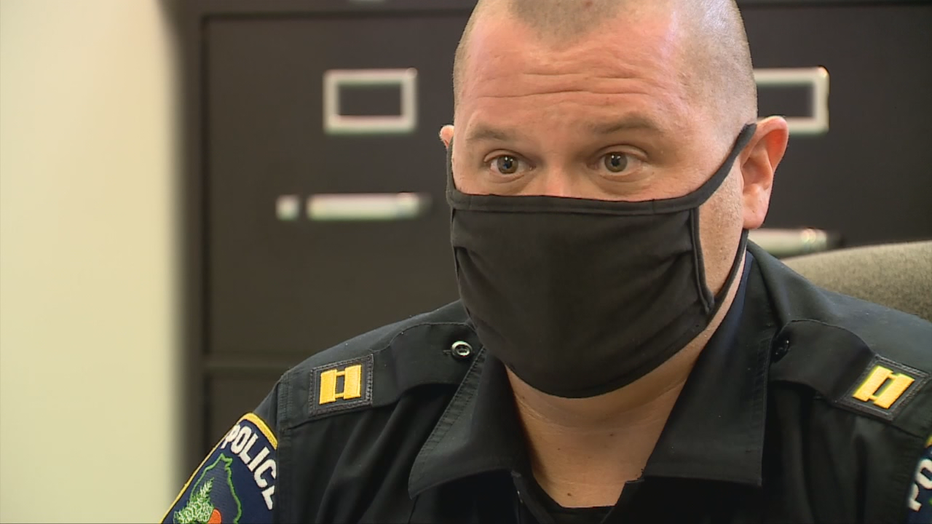 So, what about Wisconsin? Has our state-paid unemployment benefits to scammers who have stolen identities nationwide? The answer is yes. 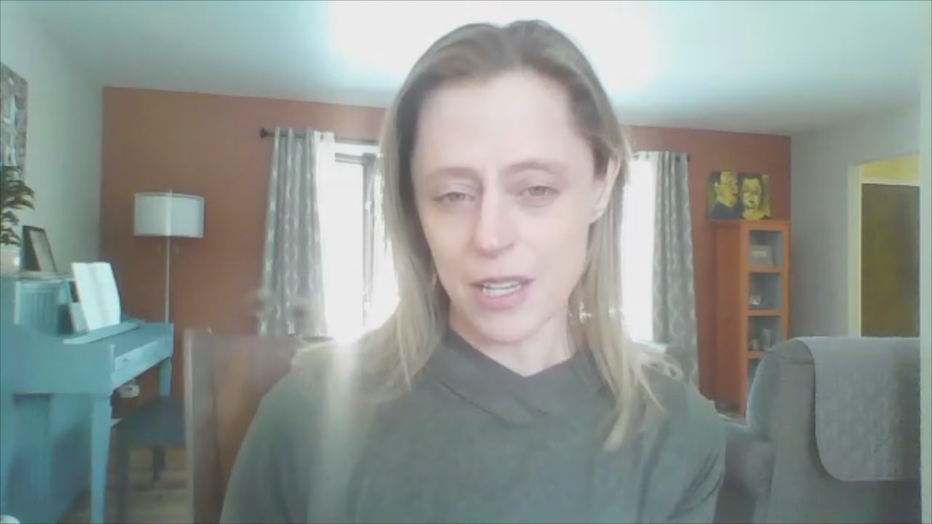 DWD has hired a team of people to investigate the 48,000 social security numbers it has flagged for potential fraud,

"It does take a lot of attention and a lot of manpower to make sure that we're keeping up with that," said Barrilleaux.

Barrilleaux says the amount of fraudulent claims paid out in Wisconsin is a small fraction of the $4.8 billion the state paid in 2020. DWD will share its official numbers in a fraud report next week.

Grandy reached out to Nevada and Massachusetts to ask for corrected 1099-G forms for filing her taxes. Contact 6 followed up with both agencies on her behalf. Two weeks later, Grandy got an updated form from Massachusetts confirming she’d received $0 in unemployment. She’s still waiting for her corrected form from Nevada. 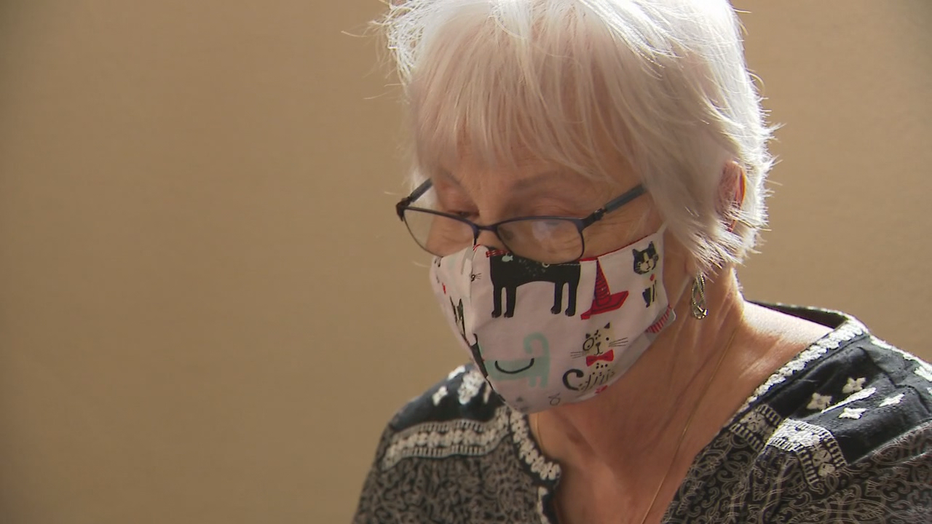 If Grandy doesn’t get her updated form, the IRS says she should go ahead and file an accurate tax return anyway.

Statement from Amy Barrileaux of DWD

Since the start of the pandemic, there have been more than 5,300 holds placed on suspicious accounts. This is far higher than a typical year—from 2016 through 2019, we had 388 account holds per year on average.

The people you describe sound like victims of identity theft. Someone has somehow stolen their personal information and used it to file an unemployment claim in another state. We have received some complaints related to out-of-state unemployment fraud, but we don't keep track of that data. We do have a lot of guidance for victims of identity theft in the fraud section of our website.

Unemployment claims are tied to where someone worked. If a person worked in Wisconsin, they can file an unemployment claim using DWD's online portal, even if they live in another state.

DWD's fraud safeguards have prevented more than $61 million in fraudulent overpayments. However, we have identified thousands suspected fraudulently filed claims since the start of the pandemic. In 2020, DWD issued $4.8 billion in total unemployment insurance payments, and we do believe a small fraction of those payments were the result of fraudulent activity. We will be issuing our annual fraud report on March 18 that compiles data related to fraud and overpayments in Wisconsin.

Since last March, DWD has implemented a variety of system enhancements aimed at preventing fraud. Specifically, geo-blocking and captcha controls were put in place and improved scans of access activity are being performed. DWD also upgraded our servers with additional firewall capabilities, and we use multi-factor authentication when accounts are created. People must provide a text number or email address and then get a confirmation message which they must use to complete the account creation process. The same process is used for sensitive changes to the account like password changes or secret question/answer changes.

DUA is barred by law from discussing individual unemployment claims. The latest information regarding he national unemployment fraud scheme as it relates to Massachusetts can be found here. https://www.mass.gov/news/update-nationwide-unemployment-scam-targets-massachusetts-claimants-0

As you know, unemployment fraud has been a rampant issue being experienced by states nationwide.  The Nevada Department of Employment, Training and Rehabilitation (DETR) is aware and understands that individuals may have questions regarding 1099-G forms received from the agency.  This is why we encourage individuals who did not file an unemployment claim in the State of Nevada or who received an incorrect 1099-G from DETR, to notify the agency online of any discrepancies and request a corrected 1099-G as soon as possible by emailing fraud@detr.nv.gov. DETR will work as fast as it can to remedy errors and reissue corrected forms.

A lawsuit alleges that the Republican leaders of the Wisconsin Legislature illegally hired private taxpayer-funded attorneys to represent them in anticipation of lawsuits over redistricting.