The St. Patrick's Day parade in the Town of Erin was back on after a year off Wednesday, March 17.

ERIN, Wis. - The St. Patrick's Day parade in the Town of Erin was back on after a year off Wednesday, March 17.

At a glance, it was as if nothing has changed.

"We got the pudding shots, the Jell-O shots, we got some Jamison Whiskey," said spectator Blake Burkholz.

With a lot of people hoping the luck of the Irish will keep them from catching COVID-19, parade organizers said they had around 33 floats this year -- about half of what they normally do. 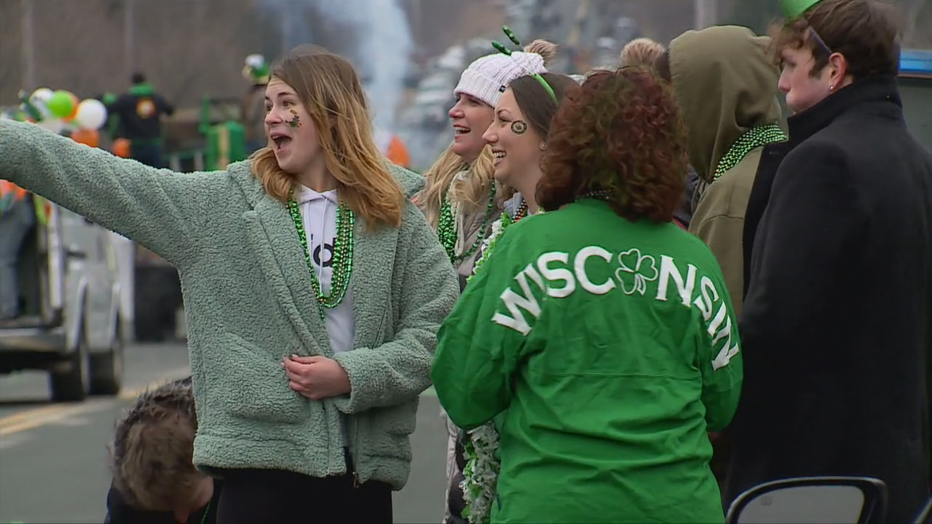 "This parade has been going on 26, 27, years. It has been an annual thing. We missed last year because of COVID," said organizer Randy Wilcox. "Parade is going to be a success, we’ll see about the COVID count later -- I don’t know and I can’t say.

"We’re away from each other, but we’re watching -- I know that the taverns that are participating are doing what they can for cleanliness, and that kind of stuff. Masks are encouraged, but we don’t see too many of them."

Even with all the rules, unless they were being enforced, some didn't follow.

"We heard about the social distancing – the floats are six feet apart," said spectator Kelly James. 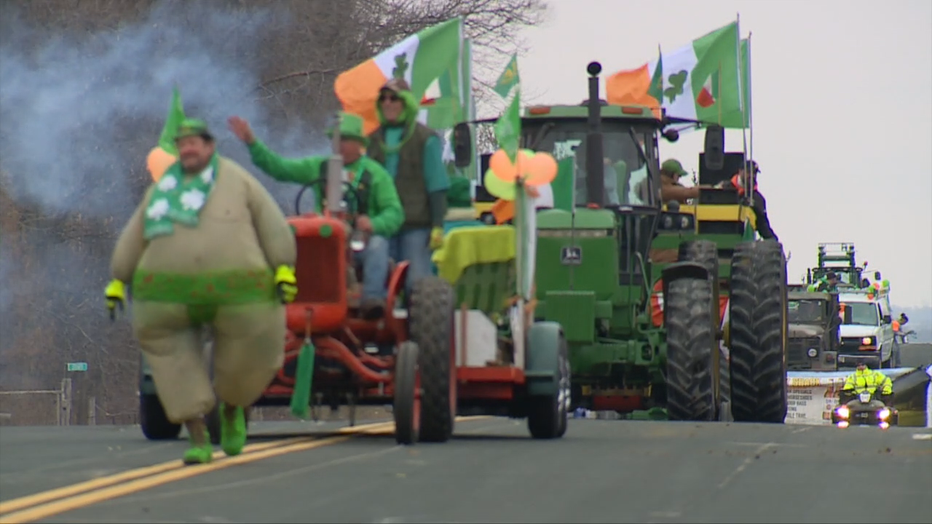 "I am very worried about COVID, but I hope the vaccination does come into play -- like I hope at least the majority of people get vaccinated and all that," Burkholz said.

In about an hour's time, the final floats crept over the hill. Lots of smiles and laughs were had.

Even with a push to return to normal, the pandemic still appears to be on everyone's minds.

Did you know the world’s largest collection of Irish, Irish American, and Celtic music recordings is located here in Wisconsin?

Brian is celebrating St. Patrick’s Day and learning more about the music archives at Celtic MKE.

This year’s St. Patrick’s Day celebrations won’t be as big as years past, but that’s not stopping the Trinity Irish Dancers from doing their best to spread some cheer.