NASHVILLE, Tenn. - Delegates at the Southern Baptist Convention's annual meeting voted overwhelmingly Wednesday to create a task force to oversee an independent investigation into the denomination's handling of sexual abuse.

Separately, the convention approved its most absolutist statement yet in opposition to abortion, a resolution calling for its immediate banning without exception and calling it a "crime against humanity that must be punished equally under the law."

The measure calls for the newly elected SBC president, Alabama pastor Ed Litton, to appoint the task force, which will head up a review of allegations that the denomination's Executive Committee mishandled abuse cases, intimidated victims and advocates, and resisted reforms.

It also would investigate the work of a credentials committee that was created in 2019 with a mandate to identify congregations that fail to respond to sex abuse cases.

It was a sharp turn of events for the SBC's largest gathering in decades. 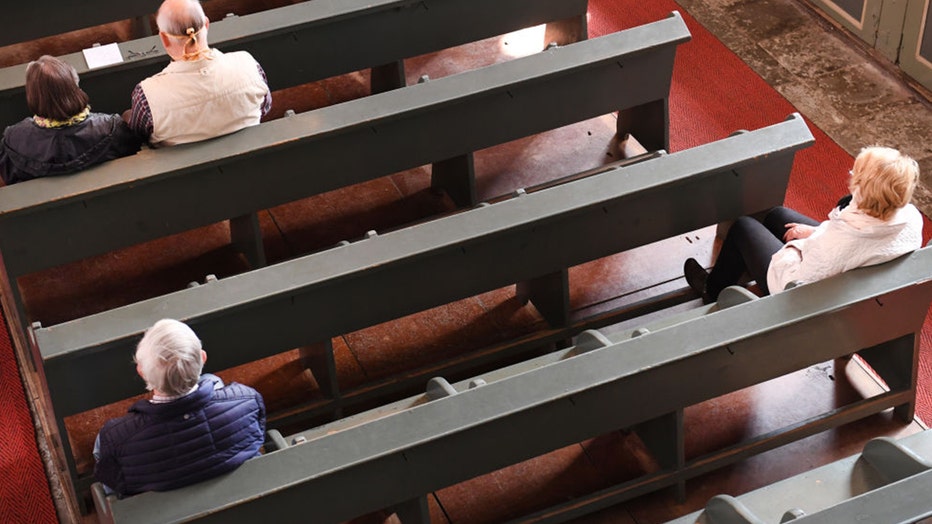 The SBC’s business committee had planned to refer the proposal to its Executive Committee — the same entity alleged to have failed in its response to abuse cases — but church representatives voted in the morning to put the matter before the convention floor and then approved it against minimal opposition.

The task force was proposed by Tennessee pastor Grant Gaines following leaked letters and secret recordings purporting to show some leaders tried to slow-walk accountability efforts and intimidate and retaliate against those who advocated on the issue.

Executive Committee president Ronnie Floyd has defended the body’s response, but last week he announced that the panel had retained an outside consulting firm, Guidepost Solutions, to investigate the claims. On Wednesday he told the convention that he accepts the proposal for a more independent probe.

"I hear you," Floyd told the gathering, drawing out his words. "This will make our convention stronger, and that is what I want."

During a brief floor debate, Georgia pastor Troy Bush said the committee failed to investigate adequately a case involving a minister accused of abuse in multiple churches including his own.

"We believe the Executive Committee does not have the ability to handle this task force and investigation alone," Bush said.

Before the vote, critics said it would be a conflict of interest for the Executive Committee to oversee a probe of itself.

Abuse survivors "brought their cases to (SBC authorities) only to feel that they were brushed off, disregarded and turned away," Gaines said. "These are not the kind of allegations we can sweep under the rug."

Rachael Denhollander of Louisville, Kentucky, a prominent advocate for survivors of abuse in the SBC, applauded the move toward a more independent probe: "No one should ever fear the truth and wise counsel," she tweeted. "The truth is never in opposition to sound theology."

The vote is the latest action in response to a landmark 2019 report by the Houston Chronicle and San Antonio Express-News documenting hundreds of cases of abuse in Southern Baptist churches, with several alleged perpetrators remaining in ministry.

Debate over the investigation came on the concluding day of the two-day gathering of the nation’s largest Protestant denomination with 15,726 voting delegates in attendance, the most in at least 25 years.

A separate proposal for an outside audit of the SBC's handling of the abuse issue was referred to the denomination's policy arm, the Ethics and Religious Liberty Commission, and the commission's acting president said agency trustees will consider it.

"We want to do everything in our power to serve Southern Baptists in the effort to make churches safe from abuse," Daniel Patterson said in a statement.

Also Wednesday, delegates overwhelmingly approved a lengthy resolution that went further than any previous statement in four decades of staunch anti-abortion advocacy by the SBC.

"The SBC has passed many resolutions reaffirming the importance of human life at all stages of development, but we have yet to call for the immediate abolition of abortion without exception or compromise," the resolution stated.

RELATED: Poll: 40% of evangelical Protestants, largest religious group in US, hesitant to get COVID-19 vaccine

Past conventions had included the single exception of abortion being permissible when the physical life of the mother is in imminent danger, but Wednesday's resolution didn't mention that exception.

The resolutions committee of the convention had not planned to offer this one for a vote, saying the convention's opposition to abortion was already well-established, but the delegates voted to bring it to the floor.

The measure declared "the murder of preborn children is a crime against humanity that must be punished equally under the law." It did not say who would be prosecuted, and whether that would include a woman procuring an abortion. A separate resolution approved the previous day, opposing taxpayer funding for abortion, called on Baptists to "love, care for, and minister to women who are victimized by the unjust abortion industry."

Ed Stetzer, executive director Wheaton College's Billy Graham Center, attributed the push for a second resolution to Southern Baptists' frustration with the lengthy battle on what they consider an urgent moral issue.

The previous day, delegates elected Litton as their new president, turning back a push from a conservative faction that had sought to paint the Alabama pastor known for his work on racial unity as too liberal.

Litton has been viewed favorably by some abuse survivors and advocates.

Fred Luter, who nominated Litton and is the only Black pastor to have served as SBC president, said Wednesday that the vote signaled to him that "people are tired of the division and all the things that separate us."

Others had threatened to leave as a faction calling itself the Conservative Baptist Network pressed for action on culture war issues like critical race theory, an academic tool for analyzing systemic racism that has been a target of Republican-controlled legislatures in at least 16 states.

RELATED: Faith-based community weighs in on US church membership decline amid pandemic

Delegates on Tuesday approved a consensus measure regarding critical race theory that did not mention it by name but rejected any view that sees racism as rooted in "anything other than sin."

That didn't end discussion on the topic, however.

In reports to the convention Wednesday, Southern Baptist seminary presidents doubled down on a controversial statement they issued several months ago denouncing critical race theory. They called it "toxic" and incompatible with Christian doctrine.

But Adam Greenway, president of the Southwestern Baptist Theological Seminary in Fort Worth, Texas, acknowledged the objections of several Black clergy.

"What they heard from us is that we were denying the reality of structural or systemic racism. ... For any way in which I personally have hurt you, I apologize and I ask you to forgive me," Greenway said.