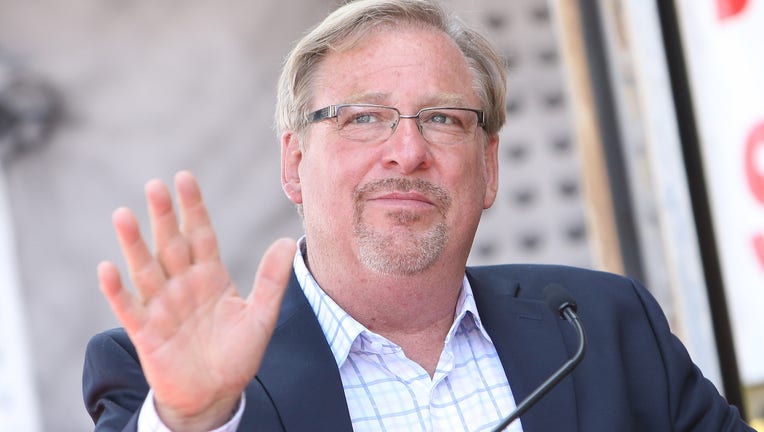 Rick Warren attends the ceremony honoring Roma Downey with a Star on The Hollywood Walk of Fame held on August 11, 2016 in Hollywood, California. (Photo by Michael Tran/FilmMagic)

SANTA ANA, Calif. - Megachurch pastor Rick Warren has announced his retirement after 42 years of leading Saddleback Church in Southern California. A search for his successor will be launched this week.

The well-known evangelical pastor and best-selling author told his congregation on Sunday that the search is not the end but the "beginning of the beginning," The Orange County Register reported Monday.

Warren, 67, said he will continue to serve as lead pastor until a successor is in place. He said he will then step back into a less "visible position as founding pastor."

La Verne Ford Wimberly spoke with FOX Television Stations about how she inspired the internet with her colorful Sunday outfits for virtual church.

There is no timeline for the search, which will look at candidates both within and outside the church. Warren declined to speak about his retirement plans on Monday.

RELATED: Faith-based community weighs in on US church membership decline amid pandemic

Warren said then that he was offered a series of jobs with Christian organizations, seminaries and denominations, but never moved.

With its main campus in Lake Forest, south of Los Angeles, Saddleback Church has grown to 14 locations in Southern California with an average weekly attendance of 30,000. There are four international campuses, in Hong Kong, Germany, the Philippines and Argentina.

Warren, who has more than 11 million social media followers, has written multiple books, including "The Purpose Driven Life." In 2005, Time magazine named Warren one of the "100 Most Influential People in the World."