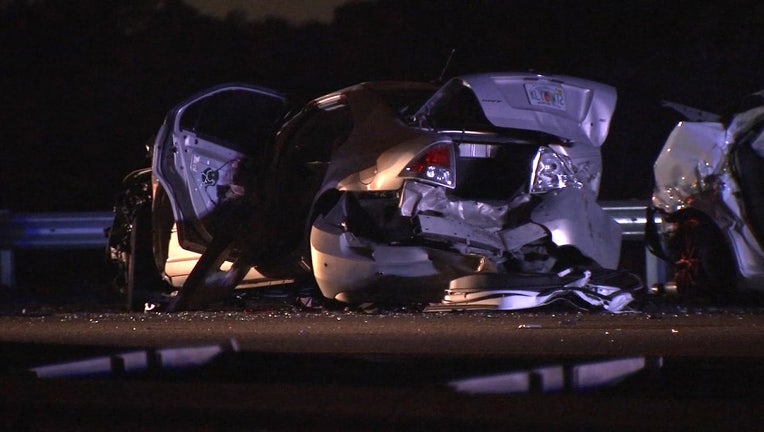 GIBSONTON, Fla. - Florida troopers said while a Tampa man stopped to help those involved in a multi-vehicle crash in Gibsonton, he was struck and killed while outside his vehicle, assisting other motorists.

The initial crash occurred around 2:40 a.m. along the southbound lanes of Interstate 75 near Gibsonton Drive. The driver of a black Toyota – a 19-year-old from St. Cloud – was heading south in the inside center lane and "failed to maintain its lane of travel," according to the Florida Highway Patrol.

The front of the Toyota collided with the rear of a semi-tanker that was heading south in the outside center lane. The black Toyota overturned and ended up in the southbound outside lane on its side, investigators said. The tanker driver, a 57-year-old man from Dunedin, stopped in the outside shoulder of I-75.

Meanwhile, troopers said the driver of a white Toyota – a 27-year-old man from Brandon – was traveling in the outside lane and stopped to avoid rear-ending the overturned black Toyota. A tan Ford was traveling behind the white Toyota and crashed into the rear of the vehicle after failing to slow down. 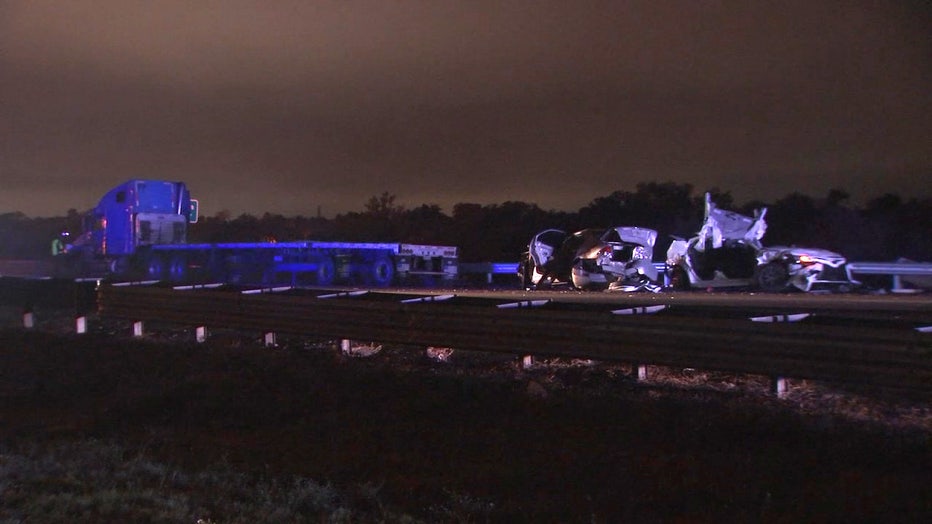 After, the driver of a black Lexus, a 28-year-old man from Tampa, stopped along the outside shoulder of I-75 to help.

Troopers said during this time, another semi-truck was heading south when the front portion of the vehicle collided with the black Toyota. The semi-truck, which was carrying plywood., continued traveling into the outside shoulder and struck the rear of the white Toyota, which pushed it into the tan Ford. After the semi-truck crashed into the white Toyota, troopers said the good Samaritan was struck while outside his own vehicle. He passed away. Troopers have not publicly identified him.

The tractor-trailer continued traveling and crashed into the outside southbound metal guardrail. A load of plywood fell into a ravine.