MPD: Shots fired on south side, over 100 casings found

Milwaukee police say, despite recovering more than 100 bullet casings at the scene, no one was injured after shots were fired near 17th and Scott.

Police say, despite recovering more than 100 bullet casings at the scene, no one was injured near 17th and Scott. It was a scene one resident thought he'd only see in the movies.

"The bullets flew everywhere," said one neighbor who, fearing for his safety, asked to remain anonymous.

"I never thought they were shots, I thought it was just fireworks," said Robert, another neighbor. 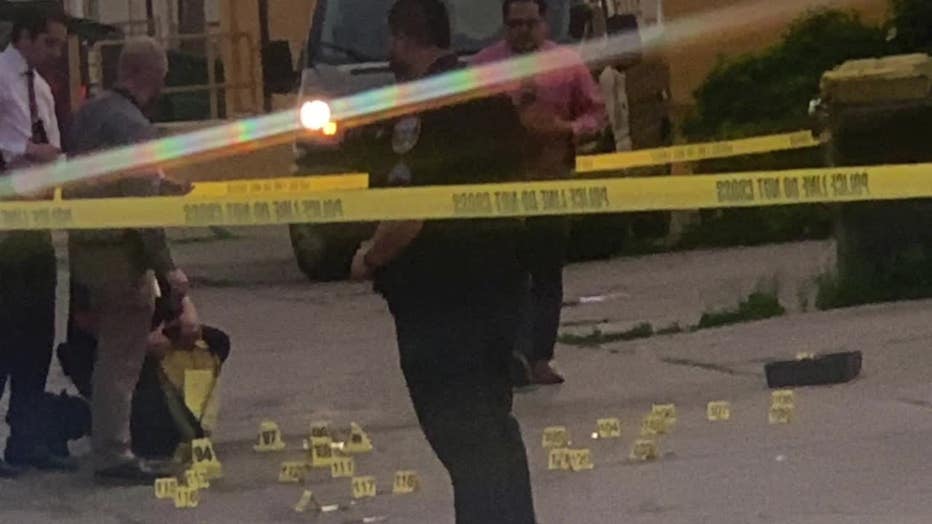 Shots fired near 17th and Scott, more than 100 casings found

"Oh my god it was terrible, it sounded like you were in the war," the anonymous neighbor said, "because there were 139 rounds."

One man, three women and two children under the age of 5 were inside one of the three homes struck by the gunfire. None of them were hit.

The anonymous neighbor told FOX6 News his house wasn't hit once, but 21 times – and one of the bullets even made its way through the wall into the washing machine.

"It almost killed my parrot, my dog. It was bad," said the anonymous neighbor. "I don't know how we are going to try to sleep tonight."

This investigation is ongoing and police continue to seek unknown suspects. Anyone with information is asked to call the Milwaukee Police Department at 414-935-7360; to remain anonymous, call Crime Stoppers at 414-224-TIPS or use the P3 tips app.