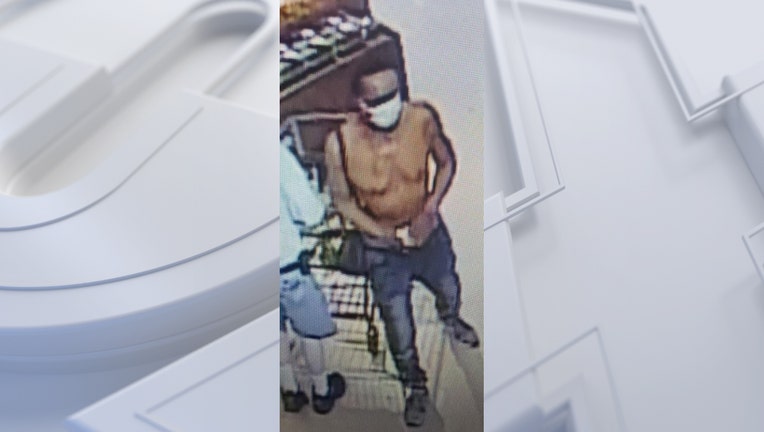 Suspect involved in pair of attempted business robberies in South Milwaukee on July 2, 2021.

Police responded to the report that a single person had tried to rob two businesses near Chicago and Manistique – just north of Drexel – around 1:20 p.m.

The suspect implied that he had a weapon at both robberies, but no weapon was observed, officials say. The suspect fled the scene prior to police arrival.

Police describe the suspect as a Black male, 5'10"-5'11" tall with short black-and-gray hair. He had tattoos on his chest, back and arms.

The incident is still under investigation. Anyone with information is asked to call the South Milwaukee Police Department at 414-768-8060.

Scanner traffic indicated the persons in one SUV reportedly were shooting at another car. The car crashed into the side of the freeway and kept going. Northbound traffic was brought to a standstill, however.

Two 20-year-old Milwaukee men are accused in an attempted robbery incident at the Hilton Milwaukee Center Center on Monday, June 28.