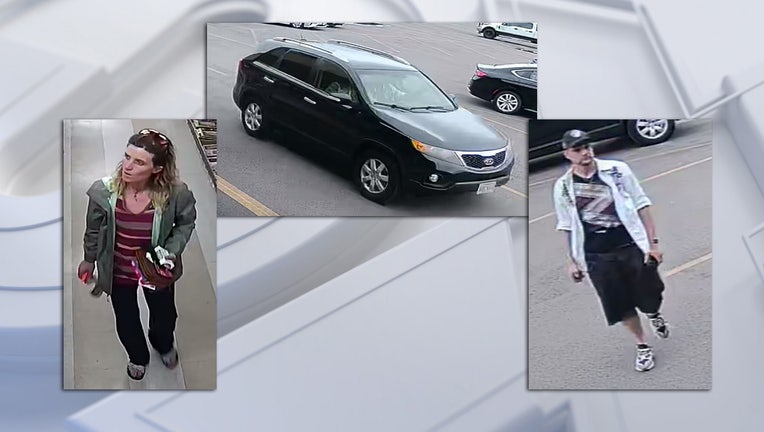 SLINGER, Wis. - Police are asking for the public's help to identify two persons suspected of theft at the Ace Hardware in Slinger.

Officials say the theft happened on Wednesday afternoon, July 7. The woman pictured arrived with the male in the SUV. The female suspect left without paying for items, officials say. The door alarm activated when she left, but store employees did not stop her.

The male subject paid for other items.

Two Milwaukee adults are in custody and a third is being sought by police after the execution of a search warrant on the city's south side on Tuesday, July 13.

A Milwaukee man was sentenced to prison time and ordered to pay restitution after pleading guilty to PPP fraud of more than $600,000.

Former Milwaukee Bucks player Dick Garrett was with the team in 1974, the last time they were in the NBA Finals. That team lost, but he thinks this Bucks team can win it all.