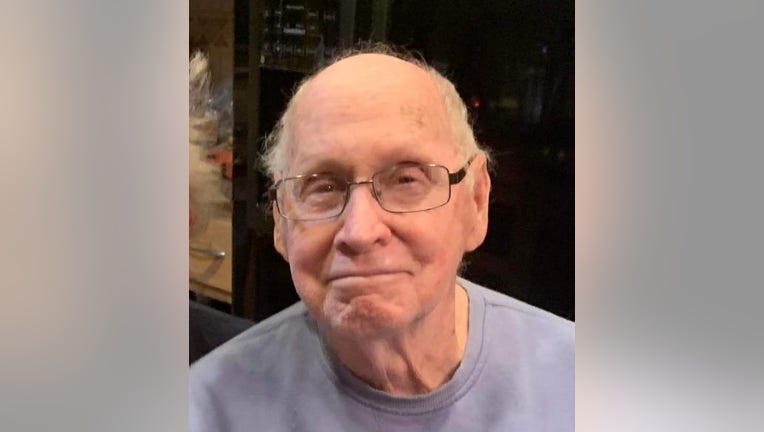 PLEASANT PRAIRIE, Wis. - UPDATE: The Silver Alert has been canceled. Gerald Dowdy has been found safe.

A Silver Alert has been issued for Gerald Dowdy, 82, of Waukesha County. He was last seen in Pleasant Prairie on Monday, Jan. 2.

Police said at around 8 a.m. Dowdy left his residence in a red Toyota Corolla with Wisconsin license plate ADY-6937.

He is described as a male, white, 6'0" tall, 195 pounds, with blue eyes and short brown hair. He was last wearing a turquoise Land's End jacket, blue jeans, Green Bay Packers hat, blue gloves, and black slip-on shoes. He wears glasses and should be in the company of a black terrier dog.

Dowdy has an onset of dementia and can become confused and lost. Officials said driving is out of character for Dowdy because he has not driven in about four months due to a prior similar incident.

The family has checked his regular locations, including the McDonald's' on Silvernail and Meadowbrook.

If you have any information pertaining to this alert, contact Waukesha Police Department at 262-524-3831.

Gerald Dowdy has been found safe.