Aug. 5 marks 10 years since a gunman opened fire on the Sikh Temple of Wisconsin in Oak Creek.  Seven people died because of that day, but many more likely would have if it wasn’t for one Oak Creek Police Lieutenant Brian Murphy.  FOX6's Stephanie Grady sat down with Murphy to reflect on that day a decade later.

OAK CREEK, Wis. - Aug. 5 marks 10 years since a gunman opened fire on the Sikh Temple of Wisconsin in Oak Creek.  Seven people died because of that day, but many more likely would have if it wasn’t for one Oak Creek Police Lieutenant Brian Murphy.  FOX6's Stephanie Grady sat down with Murphy to reflect on that day a decade later.

FOX6's Stephanie Grady: "Does it feel like it’s been 10 years since that day?"

Some days," said Murphy. "Some days it seems even longer, and then other times, every three months, I go in to get Botox in my throat. Then it’s like it wasn’t that long ago."

FOX6's Stephanie Grady: "I want you to take me back to that day 10 years ago. Walk me through when you got that first call that came over the radio."

"It’s a Sunday morning in Oak Creek – normally a very quiet time," said Murphy. "Call comes in for a possible fight, and I know I’m going to be, if not the first, close to the first to get there.  I don’t see anything until I get to the top of the hill, and I see one person down and then the bad guy comes out.  He’s running away, one hand over his shoulder without looking, and he puts that first round in my face.  In my head, this is 20 or 30 seconds. In reality, it’s him walking by. ‘boom, boom,’ quick drop of the ammunition. Takes another magazine out.  I roll out, and he just starts shooting, so I’m looking up and he’s just looking down -- no emotion, no excitement." 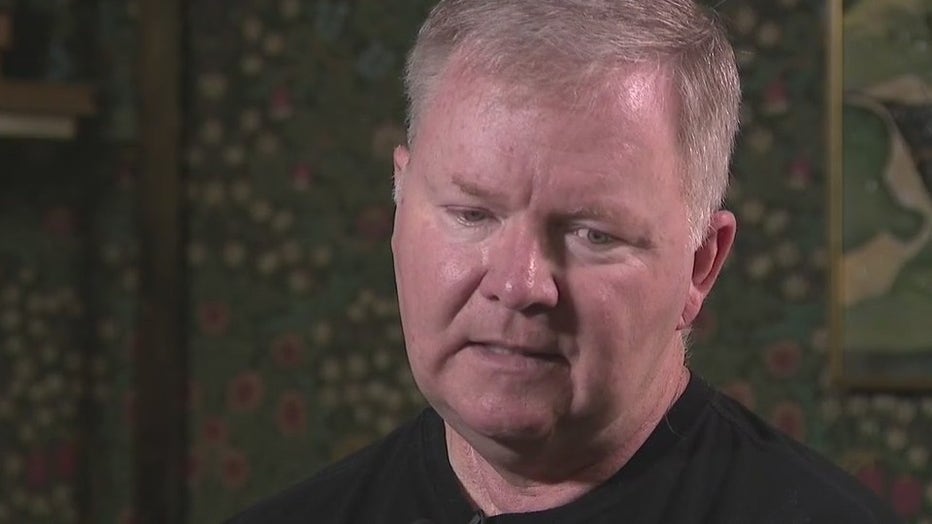 FOX6's Stephanie Grady: "Do you remember that moment like, crystal clear?"

"Oh yeah, I remember all of it," said Murphy. "I remember every second of it."

FOX6's Stephanie Grady: "Did you feel pain in that moment when you’re being shot?"

"The one that hurt was my thumb," said Murphy. "The one in the face just felt like a good punch. The one in the thumb, that stung. Luckily, Sam Lenda had gotten there, and Sam and the other guy shoot at each other. Sam hits him. It goes in his side. It transects him. He would’ve bled out. It was a great shot, and then probably 15, 20 seconds later, he shoots himself.  At this point, I get myself back up, and I crawl to the back of the car and I’m sitting up on an elbow, waiting.  In my head, I’m like, ‘If this guy shot me this much, and I know he killed the one guy, I can’t imagine what happened inside.’"

FOX6's Stephanie Grady:  "At the time, and you didn’t know this, there were people hiding in the kitchen and in the pantry and the shooter was in the kitchen at the time, and there were 15 people behind that door, including kids, and the shooter saw your squad pull into the driveway, decided to go outside and engage with you and then you ended up being shot 15 times. Is that ever lost on you?" 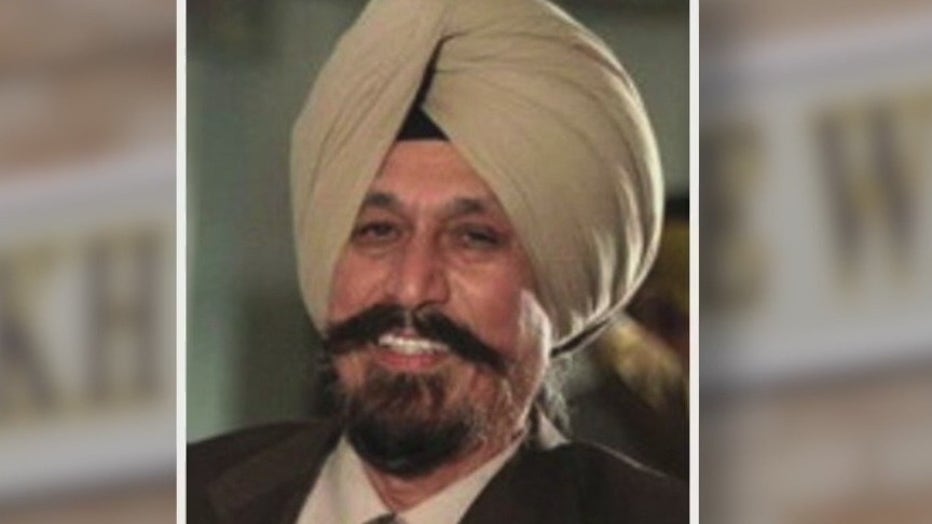 No, but I don’t overlook this very simple fact that a lot of people don’t know," said Murphy. "Prior to the bad guy going to the kitchen, Mr. Kaleka, who was president at the temple, fought him. Now, I don’t know if that fight lasted an extra five seconds or 10 seconds, but without Mr. Kaleka doing that – he had taken his kirpan out, the ceremonial sword and grabbed him and held on even to the point where his fingernails were taken out – so without Mr. Kaleka doing that, it wouldn’t have come out the way that it did."

FOX6's Stephanie Grady: "So you say there was more than one hero there that day?"

FOX6's Stephanie Grady:  "Do you ever suffer from any nightmares or flashbacks?"

FOX6's Stephanie Grady: "I have to ask you your opinion on Uvalde and the elementary school and law enforcement’s response. There’s a lot of video evidence. The new 77-page report just came out. Your feelings on what happened that day?"

"It’s very difficult, and I look at both sides of the equation," said Murphy. "For the guys who wanted to do something and were either told no or stand down, how do you live with yourself after that?" 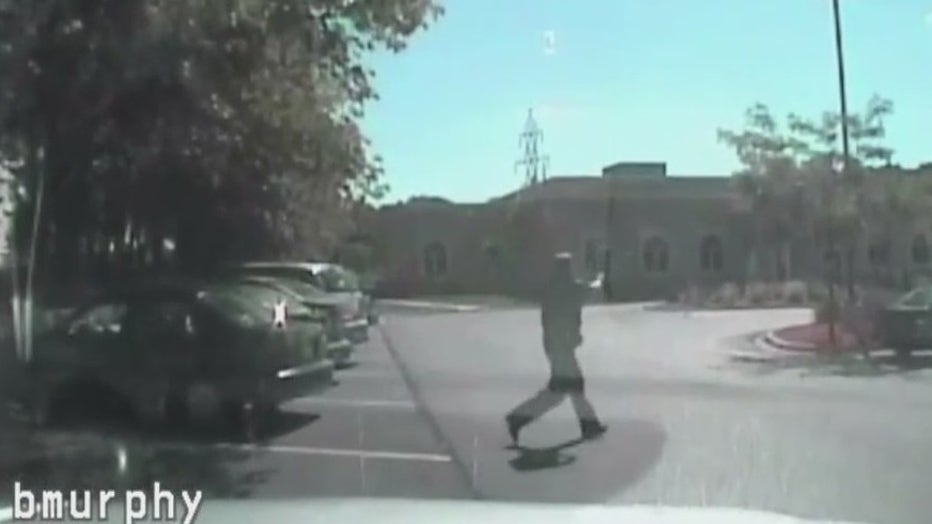 FOX6's Stephanie Grady: "When you hear of these mass shootings that happen, does it bring something up in you? Does it bring it more to the surface?"

"No, it doesn’t," said Murphy. "I just keep searching for the why, and I think that’s -- I’m probably one of the only people who look at it – that’s the paramount answer to all of this. You have to find out the whys."

FOX6's Stephanie Grady: "Do you think that there is a struggle to be seen?"

"I absolutely do," said Murphy. "It sure seems like people are doing things that they would never normally do simply to get that 15 minutes, and I’ll be honest with you, it’s not what it’s cracked up to be."

FOX6's Stephanie Grady: "What do you think the shooter was trying to accomplish that day?"

"Oh, absolute notoriety," said Murphy. "He was making a point to the people from the group that he belonged to."

FOX6's Stephanie Grady: "Do you think he succeeded in what he was trying to do?" 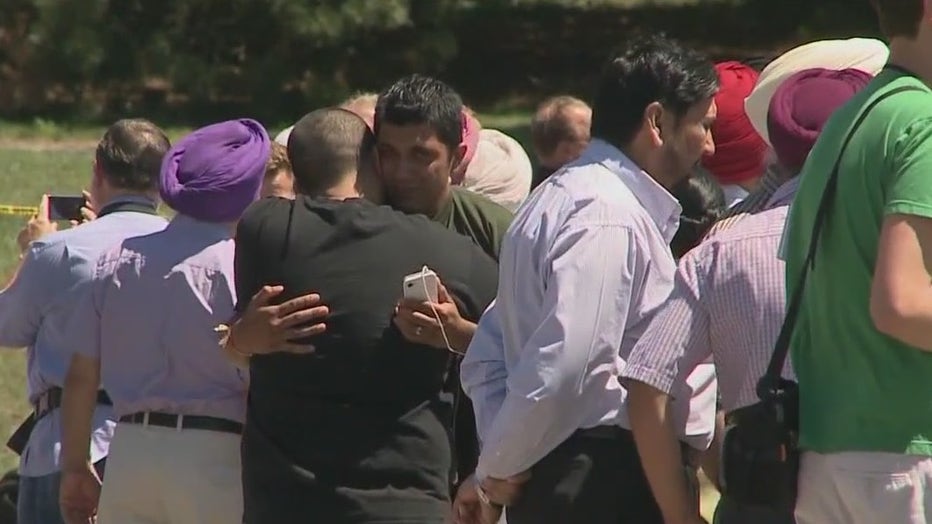 "Yeah, I do," said Murphy. "Yeah, I honestly think he did because it’s known. Unfortunately, he targeted people in the safest place they should be in, but the active shooters, they go after the weak. Aug. 5, when I woke up, I knew what I was doing. I knew where I was going. I was in the middle of finishing my master's and one class away from getting my FEMA certification, but then it’s gone. It’s gone in a minute."

FOX6's Stephanie Grady: "Do you have any regrets from that day?"

"Not getting there faster," said Murphy. "Other than that, no, I’m glad it was me. I wouldn’t want that on any of my guys. That was mine. That was mine, yeah."

FOX6's Stephanie Grady: "What’s the best piece of advice that’s ever been told to you?"

"The only thing you can control is you," said Murphy. "Everything else is going to happen. It’s how you react to it that makes it good or bad. The event is the event. It’s what you do."

Murphy is doing a lot. He now works with other officers who have gone through tragedy or injury to help them on their road to recovery. Murphy credits his strength to all those who supported him, especially the Sikh community which lost a total of seven members because of that day.