2 arrested after officer-involved shooting in Milwaukee

Police said a speeding driver crashed into a Milwaukee police vehicle when an officer opened fire.

MILWAUKEE - The Milwaukee Police Department arrested two men -- ages 20 and 18 -- on Friday afternoon, Oct. 30 after a shots fired incident on the city's north side.

Police were responding to an unrelated domestic violence incident in the area -- near 39th and Sheridan -- when they saw a vehicle traveling at a high rate of speed toward a police vehicle.

The Milwaukee Police Department of Friday afternoon shared information about an officer-involved shooting on the city's north side.

The suspect vehicle then collided with a tree. 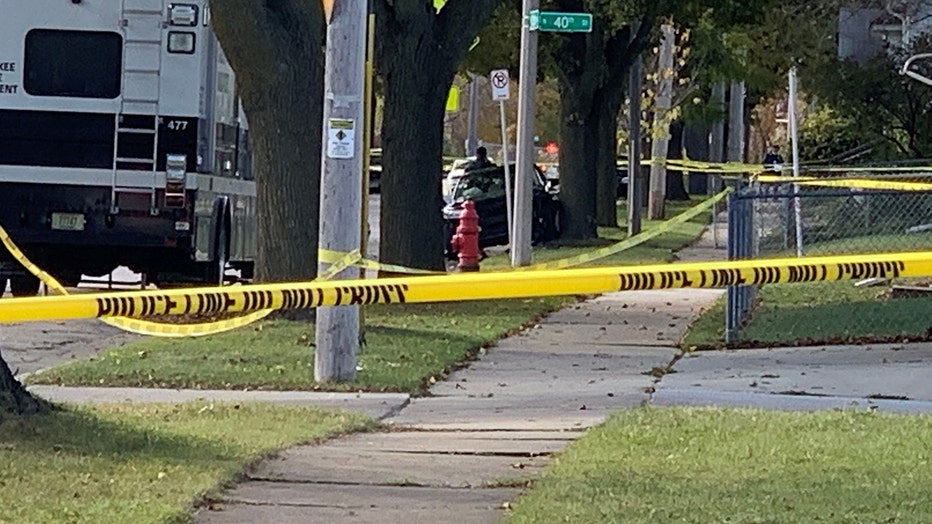 Neighbors in the area told FOX6 News that they hear gunshots too often.

"I'm afraid to have my daughter outside," said Adam Strozier. "We hear shots all the time. All night, you hear shots. And it's just something you kind of got to expect, but to hear it during the day was kind of weird."

There is no indication that anyone was struck as a result of the officer's gunfire.

The investigation is ongoing. Anyone with information is asked to call Milwaukee police at 414-935-7360 or Crime Stoppers at 414-224-TIPS.