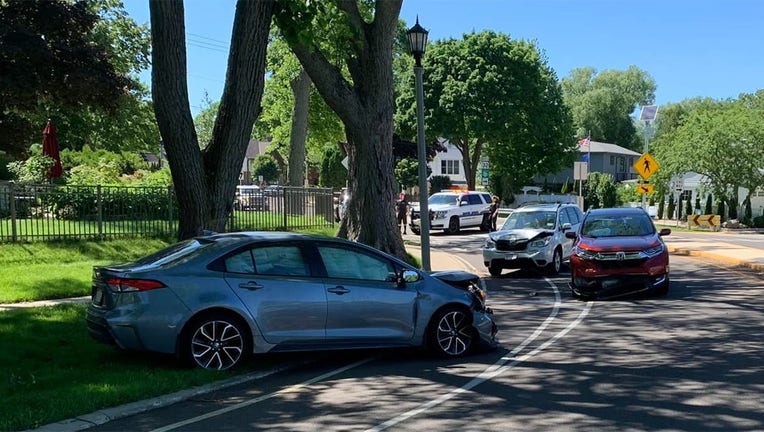 Just after 2 p.m., Shorewood police got a report that people were breaking into a car near Bartlett and Beverly. The person who reported the break-in said three vehicles were involved and had fled eastbound.

Police spotted vehicles and began pursuing two of them – a gray Toyota and a turquoise Hyundai. Those two vehicles eventually split, and police followed the Hyundai.

The Hyundai eventually crashed into a parked, occupied car near Woodruff and Glendale – and two people ran off. Those two were later taken into custody without further incident near in Whitefish Bay near Hampton and Sheffield.

Though not being pursued by police, the Toyota allegedly continued to drive "extremely recklessly" and ultimately crashed head-on into an SUV near Lake and Palisades in Whitefish Bay. Another SUV then rear-ended that SUV. The lone occupant of the Toyota ran off down the Lake Michigan bluffs, and police later took the suspect into custody without incident.

It was later determined the Toyota had been stolen out of Milwaukee hours before the crash. Multiple charges are being sought.