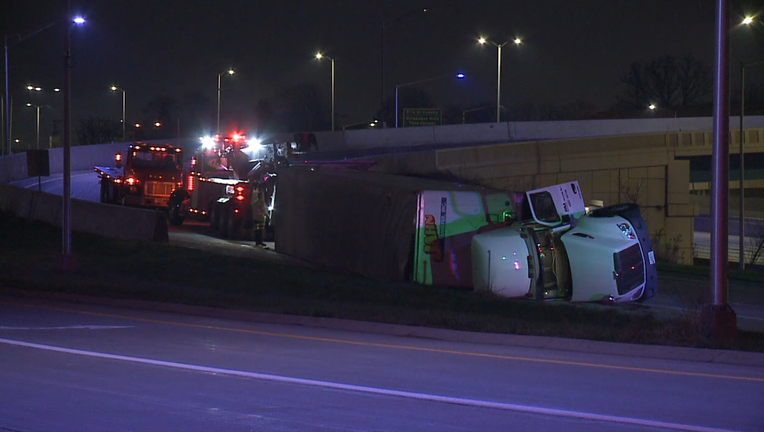 MILWAUKEE - The entrance ramp on I-894/43 WB at 27th Street is closed Friday, April 9 after a semi-truck flipped over on its side.

According to the Milwaukee County Sheriff's Office, the semi was traveling too fast and flipped over on its side and the driver was transported to a local hospital for a hip injury.

Police released hundreds of documents in connection with the Mayfair Mall shooting investigation that show at least six cameras weren't working, so police have no video of the shooting.

In March, Ye Olde Pharmacy had open coronavirus vaccine spots they needed to fill. After FOX6's story aired, their phone system crashed twice from the hundreds of calls and voicemails they received.