Americans continued to spend even while facing sticker shock in grocery aisles, car lots and restaurants as global supply chains slow the flow of goods.

As school meal programs face food shortages and staggering supply delays, officials could be forced to limit the choices students have for breakfast and lunch.

It’s the latest phase of a supply chain crisis that’s gripped the U.S economy for months.

In Ohio, supply strain has led the staff at Akron Public Schools to take a second look at their lunch menus – where there used to be up to five different meal choices every day, there are now only two.

"Trying to get that much quantity of one product is not easy," said Ryan Foulk, a nutritional services specialist. "I’m not saying we don’t have food to serve, it’s just getting it from one location of the country to the next is the hardest thing to do."

Fresh produce and plastic trays are just a few things Foulk told FOX Business he’s had a hard time finding since the school year began. A school district warehouse in Akron holds up to a week's worth of food and supplies that Foulk said helps when planning for delays. 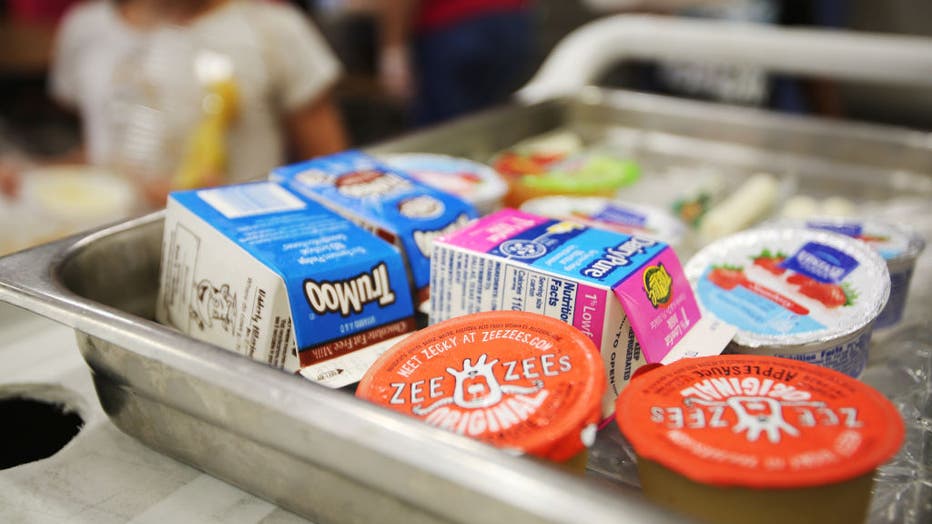 "Something that might have taken you one or two days to get is now pushing two to three weeks out … and my fear now is that it’s going to leak into the beginning of next year," Foulk said.

"Schools are really having to scramble when they’re shorted on items they promised," said Diane Pratt-Heavner, an association spokeswoman.

In schools across the country, Pratt-Heavner said meal program directors have found creative ways to make up for missed food deliveries.

"They’re reordering items, they’re finding to local vendors, they’re even running to Costo of the local restaurant depot to get the supplies they need for the meals," Heaver said. "So there might be some fewer options in the cafeteria for students as schools work through these supply chain issues."

To ease supply strain in Akron, Foulk said the district is working with certain manufacturers who are willing to increase quantities of much-needed items later this year.

"That will be great in December, that doesn’t fix it for the rest of October of November necessarily," Foulk said. "Those are the kind of conversations that we’re trying to have with everyone else to subdue the hit we’re taking now so it’s not long term for the rest of the school year."