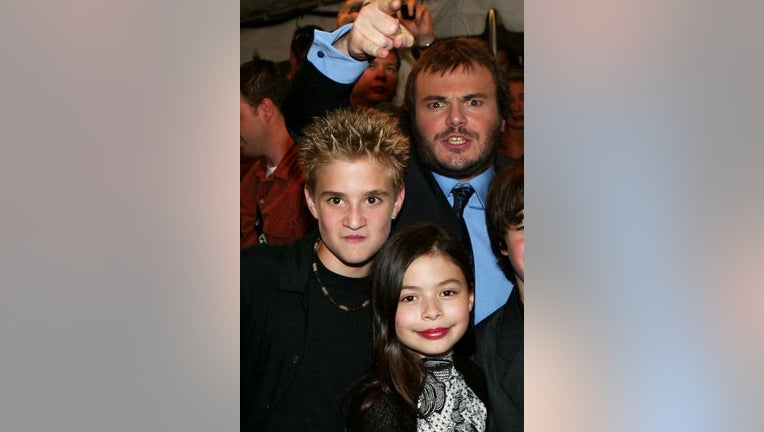 TORONTO - SEPTEMBER 10: Jack Black (back) with the child cast members (L-R) Kevin Clark and Miranda Cosgrove attend the gala screening for "School of Rock" during the 2003 Toronto International Film Festival on September 10, 2003 in Toronto, Canada.

In its 2018 study, the Active Transportation Alliance identified the intersection in the Avondale neighborhood on the city's northwest side as a "high-crash area" because of its poor visibility and heavy traffic.

Kevin Clark, who played drummer Freddy "Spazzy McGee" Jones in the 2003 movie starring Jack Black, was struck by a car at the intersection Wednesday and declared dead at a hospital. Police said a witness told officers that Clark, who was 32, was riding east on Logan Boulevard when he ran a red light and was struck by a vehicle crossing Logan at Western Avenue.

Authorities said the 20-year-old driver who struck Clark was issued several citations, and the accident remains under investigation.

Clark's death led the transportation alliance to renew its calls for safety improvements at the location, which runs partly under the Kennedy Expressway.

"We can only hope that we see an immediate response before another tragedy happens," Jim Merrell, the advocacy nonprofit's managing director told the Chicago Sun-Times. "This didn’t have to happen."

Merrill said the group made several recommendations to make the intersection, which runs partly under the Kennedy Expressway, safer but that none have been put in place.

Clark was at least the second bicyclist known to have been killed at the intersection. Tyler Fabeck, 22, was struck and killed by a driver there in April 2008.